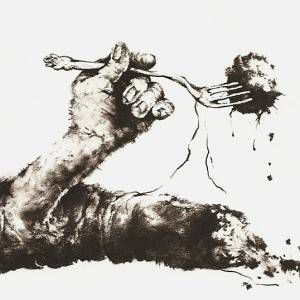 (Warning: there will be images from the original books in this post)

Even though it happened a few years ago, it seems like there are new pockets of indignation that pop up around this time of year over the “wussification” of the book series Scary Stories To Tell In the Dark. I didn’t actually know that they changed the art until I saw some buzz about it recently. At first, I was mad–that art was brilliant, how dare they, blah blah blah.

I’m not exaggerating when I say that this book traumatized me. It’s not the kind of far-reaching trauma that makes me unable to function in the world or anything like that, but the effects have been lasting. Today, right now, I’m sitting here hungry with a fully-cooked lunch on the stove that I’m unable to eat because the sausages I cooked reminded me of this 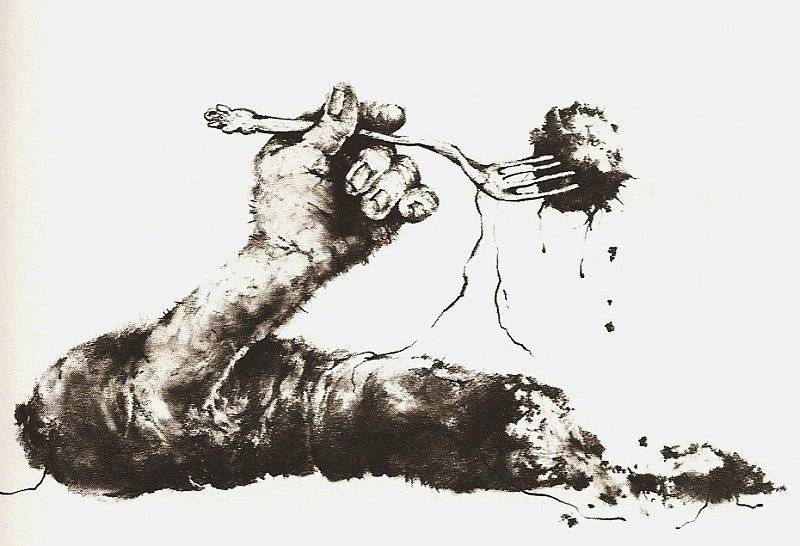 and now I feel like I’m going to throw up.

Stephen Gammell is pretty much a horror illustration genius, no doubt about that. Every illustration from those stories is terrifying. What he does with texture and tendrils of ink drips and shadows is masterful. Everyone who says that the newer versions are tame compared to the old versions absolutely has a point: 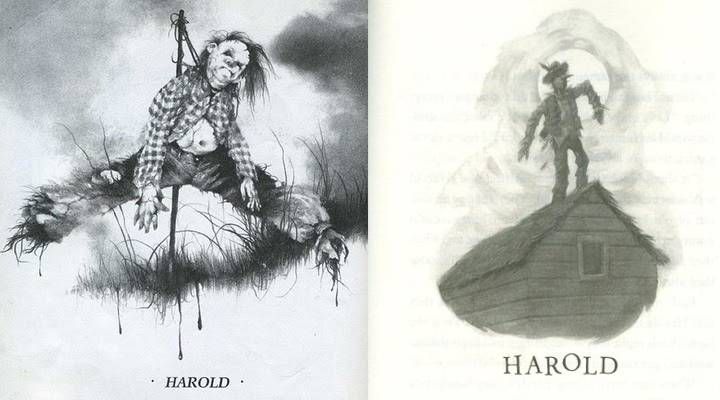 The larger point, though? They’re probably not the best for children because they are so brilliant. Hell, I don’t even want to see them now as an adult.

I’m definitely not saying that no children can handle them. Obviously a generation or two of us grew up with those pictures and we’re all mostly okay, probably. All I’m saying is that if the old Harold were depicted on TV, it would probably have a content warning letting you know to cover your kids’ eyes (and maybe also yours if you’re sensitive, like I apparently am). He basically is a drippy, bloated corpse hanging off of a stake.

Also, as brilliant as the illustrations were for mood and tone, some of them had very little to do with the story. The most noted example of this is “Oh, Susannah”, a story about a girl whose roommate is murdered and who awakes to hear the whistling of the killer nearby. 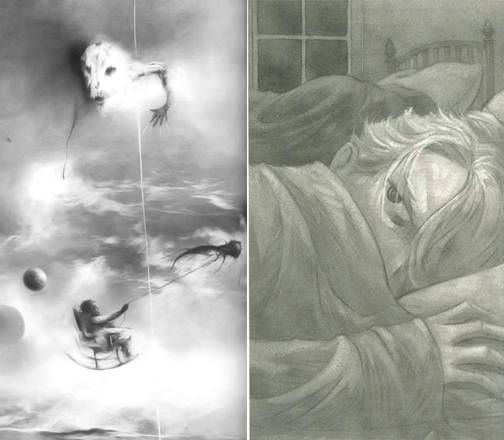 What even is that first illustration? I mean, it’s terrifying, but what *is* it? I didn’t even understand it as a child.

So, even with all of talk of them “ruining” the series, I’m glad they revamped it for a younger audience. If I had read the tamer book when I was a kid, maybe I’d be eating lunch right now instead of feeling my blood sugar plummet while simultaneously being nauseated. ¯\_(ツ)_/¯