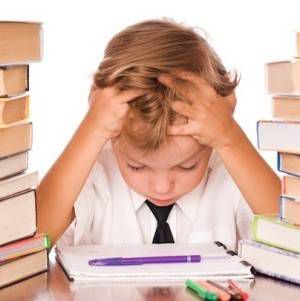 It can be a frustrating thing to be anywhere near me when I get really latched onto a particular topic. I don’t always do this, not with everything I read, but it’s more frequent than not. What will happen is, when my attention focuses on a particular thing – be it a topic, a trait, an author, a genre, or a million other things – I fixate on that completely. If I become obsessed with an author, I’ll read her books, one after another…but it’ll go beyond that. When not reading the books, I’m reading blog posts and interviews (I read and watch a lot of author interviews) and articles. Finding that author’s short stories, finding them on Twitter, and so on. Completely immersing myself in their work and career, basically.

I’ll do this with time periods, too. Now and then, I’ll become completely enamored with Victorian London and read heaps about it, watch period shows and films set there, and just generally do my best to crawl fully into the time period and place (I still eat proper food and use indoor plumbing and don’t contract rickets. I do have my limits).

Here’s my current example: I’m stuck on Sherlock Holmes right now. Reading books like Mastermind, examining the psychology and thinking of Sherlock. At the same time, I’m reading a lot about Vulcans (from Star Trek) because they’re somehow linked up in my head. I’ve begun re-watching old episodes of House (pretty explicitly a Sherlock character). Hell, in another window, I’m writing an article or two about Sherlock Holmes stuff. It’s all that’s on my mind.

Why do I do this? I didn’t used to. It started as a deliberate change in my reading, a handful of years ago…but now it’s thoroughly ingrained. What I am doing is following my passion and enthusiasm wherever it specifically wants to go right that moment, rather than trying to be controlled and disciplined with it. I realized that if I just wandered as my mind and my interests wanted to, I could retain a tremendous amount more than I would from a book that I was interested in only in a general way, but not fixating on. Those books I would read, enjoy, put down, and realize I hadn’t kept a lot of it. This really frustrated me. People I admire like Alan Moore and Stephen Fry seem to retain a huge amount of what they take in, and while I don’t have the big brains they’ve got, that’s hardly an excuse not to try and emulate their retention.

Passion was the key, I realized. It’s pretty obvious when you think about it, I’m sure, but I had to work it out for myself. Being really excited about what I’m reading was vital, but also letting it completely overrule the rest of my life was also vital. It’s why I can be so crap at keeping up on the TV shows all my friends are into. They’re watching the last season of Parks & Recreation or something, but meanwhile I’m watching a couple of Sherlock Holmes movies and TV episodes over and over again. Super up-to-date, me.

It works, though. I retain a ton of what I read now. This is particularly exciting when it comes to nonfiction. Fiction is easier to retain, because the info is tied up in a story and characters. (This is also why we forget people’s names when told them. They aren’t tied to enough personality and information yet for our minds to tag and hang onto.) Nonfiction can be harder, when it lacks the narrative quality. The enthusiasm and focus makes up for it, though. This past autumn, I went through one of my perennial pirate phases and read a heap about them, watched a ton of nautical documentaries and films. Now, months later, I could bore you witless with facts about pirates. I’m not going to, but I totally could, and I love that it’s all up there when I reach for it. It means I read wider and more deeply than ever. Those early frustrations are gone.

There’s a weird side-effect to all of this, though, which is that when my interests swing away, I can’t touch a subject. Pirates? Ugh. At this very moment, I can’t imagine touching the books or anything. Less than zero interest. In a month, I’m sure my brain will work through whatever it’s doing with Sherlock Holmes and I’ll drop that huge stack of reading and watching, too.

Mostly, I don’t mind this happening – and if you circle topics, like a shark, the way I do then you too must learn not to mind. I know how circular I can be, so I know that sometime in the future, I’ll come back around. I spent months with zero interest in talking about or reading about animation, despite my endless love of it…and then last month, did nothing else for a week. It all comes back around.

It can have a problematic side-effect, in that occasionally I’ll be sent books for review and despite being generally interested in the topic…I’ll realize that I’ve circled well away from it, and can’t begin to want to crack it open and read it with any enthusiasm or fairness. (It also happened in school. Mid-semester, crap, I’ve now circled away from the topic of this class.)

One could write a whole other article arguing that this circling away is something that needs to be overcome, and I suppose I can see the point. I like it. It’s a lot of fun, roaming to and from topics, and it’s exhilarating, retaining a lot of it. I can’t read all the books in the world, but maybe I can hang onto all the ones I have.