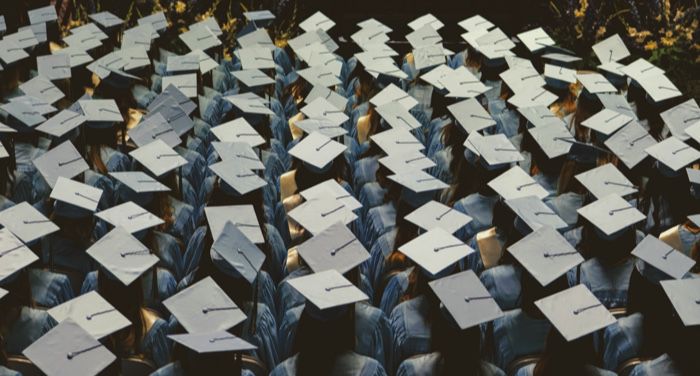 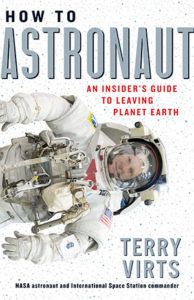 In How to Astronaut, Col. Terry Virts—a former astronaut and International Space Station commander who spent 200 consecutive days in space—answers questions you didn’t even know to ask! There’s how to survive that first brush with weightlessness (in the so-called Vomit Comet); the nearly indescribable thrill of a first blastoff; managing the daily tasks—eating, bathing, doing chores, going to the bathroom— that are anything but ordinary when you’re orbiting the earth at 17,000 miles per hour; how to don your spacesuit and head out to work on a spacewalk; and what it’s like to return to Earth.

The debate for whether the Master’s in Library (and Information) Science degree is really necessary for employment as a librarian in the United States isn’t that new. The MLS/MLIS (I’ll use MLS to refer to both from here on out) as we know it stems from our, er, old pal Melvil Dewey, so it should come as no surprise that without a serious overhaul, the degree and its related education programs is at best outdated. The debate boils down to this: the skills that an individual uses on the librarian job are not ones that are taught in the pursuit of an MLS and, in fact, the skills that are used are best learned on the job. Therefore, there’s no sense in requiring librarians to have an MLS.

With a number of barriers when it comes to a Bachelor’s degree (let alone a Master’s), the MLS does little more than inhibit marginalized individuals from entering the library field for their careers, particularly when the degree is required for many, if not most, librarian positions in the United States. (And not just the degree, but the degree from a school accredited by the American Library Association, which is not without its own gatekeeping issues and continues to reckon with those issues.)

For a long time, I tightly held onto the idea that the MLS was good and necessary. Even after I left my own program—especially after I left my own program—I clung to that concept. I’d done the work, I went into debt for it, I deserved that librarian spot over someone who didn’t have the degree. You said someone else had been working in libraries for decades and felt just as much as a librarian? Well, I’d say, I’m sorry, but the degree is required to claim that title. (Oh, past me. You never fail to embarrass me, do you? To future me, I’m sorry for whatever nonsense I commit today.)

Even if I didn’t always participate in social media discussions around whether or not the degree ought to be required for the librarian position, I mentally sided with folks who argued for the degree. I conceded the other side had good points, but ultimately felt the degree was important and worthy.

Which was funny, because even once I finished my MLS, to anyone who asked, I was pretty clear that I hadn’t felt I’d learned much. To be fair, I did an all-online program, and attributed the lack of knowledge I felt I’d gained over the course of the MLS to that. I simply did better in in-person environments. I hadn’t known anything else, so why wouldn’t that be the case? But was the dearth of learning really just the fault of the learning environment?

I started to examine the content of the programs. There was theory on things like information communities—what they are, how to identify them, how to take identifying information and use that to build programs and services. There was practical work, like a required cataloging class for all candidates—no doubt useful to me even today as I work on the reference side of things (and the cataloging class was easily the most difficult one I took). There were modules on reference—where to find information for common questions, a bit on how to vet sources. There was population-focused discourse—walking through best practices for serving a particular population of interest. And while that last one acknowledged things can change quickly and this information could be outdated the second you walk off campus in your cap and gown, it remained a core part of the degree.

I had to admit: Any of this, particularly paired with a passion for customer service, could be learned on the job or with professional development opportunities (which ought to be covered by the workplace).

So why was I clinging to the MLS?

Well, when it came down to it, I realized I somehow got this idea into my head that if the MLS wasn’t necessary, that also meant it wasn’t useful, valuable, proof of work completed, or worthy of pride. And if the Man said the MLS was necessary, then it was necessary.

You see, all of this became clear to me with the knowledge that I’m an Enneagram Type One. We like rules and order. We love rules and order. Sometimes, this can be to our benefit—libraries are often at their best when they’re well-organized, so I’m well-suited in that aspect. But what Type Ones (and many librarians, I dare say) fail to do is question where the rules are coming from and why. We may be decent at vetting information to be sure it is reputable and reliable, regularly questioning the sources and method of gathering the information, but in this somewhat similar scenario, we fail again and again.

And it has devastating impacts.

Using data from the 2010 census, the American Library Association reported 89% of “credentialed librarians” (that is, those with degrees) were white. Meanwhile, 5% were African American, 2% Latino, <1% Native American/Alaskan, 3% Asian/Pacific Islander, and 1% more than one race. The fact is, white people in America have, on average, greater access to higher education. The library field is not welcoming to non-white librarians, and the MLS only heightens the obstacles for getting librarians of color on the workforce to begin with. We’ve got to make the field more accessible.

Many librarians are well aware that plenty of the authors on their shelves never took a single writing course, let alone pursued a whole degree on the topic. If the writer’s job is to connect readers with ideas, they don’t need a degree to do it well and we have evidence that supports that from authors who don’t have writing degrees. Funny enough, librarians are also in the business of connecting people with ideas, and the same applies here—it’s not the degree that makes someone successful in this task, but the practice and exposure to resources.

Can a degree increase a person’s ability to provide excellent service? I won’t rule it out. I think it’s possible. Librarians may better be able to understand the information needs of people doing work that requires higher education, simply by virtue of having experienced those systems themselves. It doesn’t make assisting such a patron without the MLS impossible, though, and with enough practice, there’s no reason why service couldn’t be completely sufficient or more without the MLS. The reality is that unlike, say, doctors, who don’t have the luxury of learning on the job to the extent that librarians do, people don’t—and shouldn’t, in the eyes of employers—need formal education in the field.

It’s difficult for many people in libraries to get over the MLS—and themselves. I understand that. I admit that some days, I still find myself pushing back on the idea of eliminating the MLS as a requirement for librarians. Even as I write this, there’s a small voice in my head saying, but—but—but!

Still, it’s important to really interrogate where those ideas are coming from and then ask further questions. Is a fear that the work you put in while earning your degree is somehow not valued or worthwhile? That you wasted your time? That now, because someone else can get the job without the degree, you are somehow less valuable, less worthwhile, less special? I get the impulses on those feelings because I felt all of them and still do sometimes. But I’ve come to understand that the idea that librarians shouldn’t have to have an MLS and the idea that an MLS can still be something of value that you worked for and can be proud of aren’t mutually exclusive.

I grant that I still see value in degrees (though, arguably not the MLS) for librarians in academic and possibly school settings. It’s difficult to suggest that a college student using reference services at a university library couldn’t better benefit from someone who has a deep understanding of theory of research given the types of information and databases they’d be looking for and has experience conducting research as a student. However, I’d also note that, at least from my own experience and that of others I know, current MLS programs do little to instill that deep understanding. Furthermore, many university libraries require their subject librarians to have a second Master’s degree in the subject in question—prudent, I think, as the librarian serves as a sort of guide for the student in the given subject. In public libraries, however, there’s no sense in a specialization; we encounter questions regarding all kinds of information.

Is it possible the MLS will be retooled and somehow become invaluable in the field? Sure, anything is possible. Libraries, as anyone in the field knows, evolve rapidly, as do our services. The education around libraries and whether or not it’s required ought to evolve along with libraries.

For now, we need to consider getting over ourselves and removing the MLS requirement and recognize it as a barrier to marginalized groups and particularly potential librarians of color. We need to reconsider how we train librarians in libraries and, if professional development opportunities are lacking, question why that is.

Read more of our thoughts on all things libraries here.