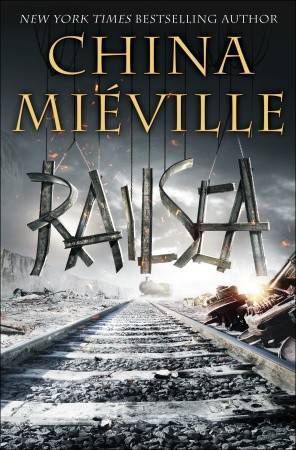 The fourth wall, noun: an imaginary wall (as at the opening of a modern stage proscenium) that keeps performers from recognizing or directly addressing their audience. Merriam-Webster

I don’t think I actually knew the term “the fourth wall” until freshman year of college. During a piece of (predictably mediocre) student theater, someone yelled at the actors from the audience, “Stop breaking the fourth wall!” And because I was at a university renowned for its film program, I had many friends who were more than happy to discourse — at length — on the subject. I have long since forgotten the finer points of that discussion, but the example that stuck with me is Kenneth Branagh’s performance in Oliver Parker’s Othello. The first time he broke the wall, I literally jumped back in my seat; his Iago’s penchant for crazy-eyes is, I would argue, up to the Mel Gibson gold standard.

The performing arts certainly don’t have a monopoly on breaking the fourth wall, and even books for kids can play with the boundaries between the reader and the story. I humbly submit the following, for both those new to the concept and those with their own list of fourth-wall-favorites. As far as these cats are concerned, the fourth wall does not exist. Not only are they talking right to you, the reader, but they require your participation. Want to know secrets that are For Cats’ Eyes Only? You’ll have to prove that you are, in fact, a cat. And these felines aren’t easy to fool! Your purring, meowing, and napping skills will be rigorously tested. The Girl Who Circumnavigated Fairyland In a Ship of Her Own Making, Catherynne Valente
Ostensible Age Range: 10 – 13

Valente has mastered the voice of the Victorian fairytale, and given it a modern upgrade. The story of November, a rather grumpy little girl from Omaha who is stolen away by the Green Wind and finds herself on an epic quest in Fairyland, is ultimately the story of a girl just like us who finds herself in fantastical circumstances. And peppered here and there throughout the book are not only references to other such children (Lucy Pevensie, Alice), but asides to the readers themselves. Valente doesn’t so much break the fourth wall as peek slyly around it from time to time, a narrator playing hide and seek with her audience. Mieville doesn’t break the wall so much as he attacks it with a sledgehammer. He not only talks directly to the reader, but comments on the state of the story as well, the themes of the novel, the relative importance of the various subplots and characters, and second-guesses the readers’ expectations. The young Sham Yes ap Soorap, doctor’s apprentice, is on a quest whether he likes it or not, and Mieville walks with the reader every step of the way. Combined with the stylistic whimsy of the prose (for example, all “and”s are replaced with “&”s, even in dialogue, in homage to the twisting turning tracks of the railsea itself), it makes for a novel that is not only a killer story but a master class in the art of storytelling. In other words: It has ALL THE META, you guys.