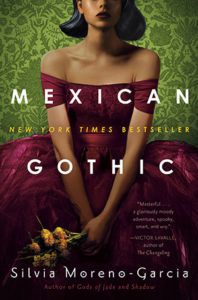 The instant New York Times bestseller from Del Rey Books. After receiving a frantic letter from her newly-wed cousin, socialite Noemí Taboada heads to High Place, a distant house in the Mexican countryside. Her cousin's husband, a handsome Englishman, is a stranger, and Noemí knows little about the region. Yet, there are many secrets behind the walls of High Place. The family's faded mining empire kept them from prying eyes, but as Noemí digs deeper she unearths stories of violence and madness and may soon find it impossible to leave this enigmatic house behind. 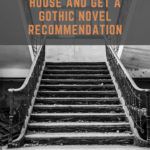 This year, haunted houses and Halloween attractions may be more limited than usual. Unless of course, you haunt your own home. Many cities are advising to stay away from places and events that have lots of screaming. So, there goes my plan for going on the haunted roller coaster screaming contest.

The tradition of haunted houses as a Halloween attraction began during the 1930s as a way to distract young pranksters. Bowls of cold spaghetti and peeled grapes soon became a trick-or-treat staple. Today, many cities have their own traditions with the same haunted attractions coming back year after year, combining with local legends and folklore to create a unique experience for visitors.

Haunted houses of the ghostly kind have perhaps existed for as long as people have. In the United States, some of the most famous allegedly haunted homes are The Winchester Mystery House in California, The Lizzie Borden House in Massachusetts, and The Amityville Horror House in New York. What makes a house haunted? Is it enough for someone to have died in that home, or does there need to be something more powerful at play? There are many theories and schools of thought about the paranormal. One thing we know for sure is that we are endlessly fascinated by ghost stories.

Before we had the endless ghost stories and horror movies of today, we had gothic novels. Focusing on the sublime and pondering questions of life and death , gothic fiction began to appear in the 18th century. Many first works of gothic fiction remain popular today, like Frankenstein, Wuthering Heights, and the works of Edgar Allan Poe. Gothic literature has grown and changed over the years, with new sub-genres emerging with their own tropes. The young innocent woman, the wandering in the wilderness, the evil character who is obviously evil, unsettling romance, sometimes elements of the supernatural or paranormal, etc. However, one of the most recognizable tropes of gothic literature remains.

In many classic works of Gothic literature, the home in which the protagonist lives becomes part of the story. The home acts like a character, full of emotion, holding onto secrets and dolling out consequences to overly curious journeyers. You could say that gothic fiction is a fancy name for haunted house fiction.

Instead of going to a haunted house, why not create your own? Craft your house of horrors and get a gothic book recommendation to read by candlelight, during an autumn thunderstorm.