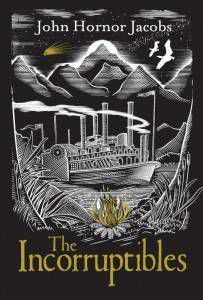 I honestly don’t know where to begin with this episode. “Welcome Back, Jim Gordon” is easily one of the worst episodes Gotham has ever produced (which is saying something). It was an episode full of senseless characters making stupid choices because of a lot of lazy writing. Was any of it good? Was it really so bad? What made me say “Oh, Gotham…”?

I know exactly how you feel, Bruce…

I’m honestly at a complete loss here. I can’t think of a single thing that I genuinely liked in this episode. It was that bad.

Well, Barbara wasn’t in it, so I guess that’s something.

Jim Gordon As The Worst Internal Affairs Officer EVER

“Well, this didn’t turn out how I expected…”

A witness is killed while in police custody and Gordon is so determined to prove that someone on the GCPD payroll is responsible that he actually goes to Penguin for help. So the Penguin gets one of his goons to threaten a guy’s family so that Gordon can have the murder weapon (an ice pick for reasons that are never explained). Gordon gets his guys, but now the dirty cops are afraid of him because he was willing to cross a line even they would never cross.

See, Gordon thought he was helping, but in the end he became what he hates the most. Because irony or something. This was dumb. Why in the world would Gordon ever go to Penguin for help? I don’t care how desperate he was, or how many times he made Penguin promise that no one would get hurt, Penguin is a gangster and a proven liar, Gordon would never go to him for any kind of help. It was completely out of character.

“I feel like I’ve just made a huge mistake.” You have, Jim. You absolutely have.

Last week, I talked about how much I liked that Gordon wasn’t particularly great at his job. He’s just determined to do the right thing. Well this week, I take that all back. It’s one thing to not be a great detective, it’s another to break simple protocol like wearing gloves while handling evidence or, ya know, the body of a murder victim.

Fingerprints, Gordon! What are you doing?!

Or how about leaving a handcuffed perp (who literally tried to run away from you thirty seconds ago) unattended on the hood of a car and putting a car door between you and them? Seems like a great idea. Luckily, Gordon’s perp actually seemed to be dumber than Gordon and stayed put for reasons I don’t actually understand.

“Just promise you’ll stay there while I search your car for evidence that will convict you.” “Sure thing, Mr. Gordon, sir!”

I wouldn’t believe that this guy as a beat cop, let alone as a full-fledged Detective, and you’re telling me he’s going to become Police Commissioner? Gotham City is in bigger trouble than we thought.

The Adventures of Butch and Mooney

After Falcone ruined Fish’s plans last week, She’s taken to be tortured for “a very sincere apology” by a guy who probably works part-time at Hot Topic on the weekends.

He only does it for the employee discount.

Meanwhile, Butch finds himself strapped into the back of a van with no hope of getting away.

This can’t possibly be the most efficient way to do this, can it?

I think Butch missed his calling as an escape artist. Not even Houdini could have done this.

Butch somehow kills the driver of the van within the next FIVE SECONDS, and then appears behind the other guy to strangle him as well.

From the moment we see Butch in the back of the van to the moment he strangles this guy, a total of THIRTY SECONDS pass. Unless there’s a twist coming up to reveal that Butch is actually Nightcrawler in disguise, this completely impossible.

Anyway, Butch get’s Fish’s location from that guy so he can go save her. He succeeds, beats Bob the torturer nearly to death, and escapes with Fish. That means that Fish and Butch remained in Falcone’s custody for a total of about twelve minutes. Great. Totally worth it. Glad that Gotham really got their mileage out of that plot point.

The fact that there is ZERO sexual tension in this scene is kind of incredible.

So, of course, Fish wants revenge. Against Falcone, right? Nope! Against Penguin. So she busts into her former club (now operated by Penguin which, by the way, how does Sal Maroni not have anything to say about this?) and threatens Penguin with a baseball bat. He has this reaction:

Until Zsasz and his gang of Mad Max extras show up to find Fish and defend Penguin. Fish escapes out a window, but Butch stays behind to “slow them down”. And by “slow them down” he apparently means “get shot in the leg and laugh like a crazy person”.

Fish decides to leave town with the help of Harvey Bullock for some reason. He tells her that she should just stay away, but she vows to return and kill Penguin. And then this happens.

So to recap, they were caught, escaped, caught again, escaped again, and then Butch let himself get caught so Fish could escape. If that sounds repetitive and like a lot of pointless running around, that’s because it was.

“But… I thought you liked me.”

Bruce comes back from Switzerland and tries to find Selina. Instead he finds Ivy and asks her to relay a message to Selina. She agrees to do it for twenty bucks.

She probably could have gotten a lot more.

When Selina finally shows up, Bruce gives her a snow globe that looks like the town in Switzerland he was staying at, which feels a lot like rubbing it in her face to me.

“Here, have a constant reminder that you’ll never be as rich as I am.”

When Bruce asks her to move in so she can help him find his parents’ killer, Selina flips out and accuses him of basically stalking her. It’s the kind of completely random extreme reaction you see happen between middle school couples on a Monday after everything seemed totally fine the Friday before. I’m honestly surprised that Selina did this in person instead of just passing a note to Bruce through Ivy, because that’s the level of drama we’re working with on this show, people.

Then Alfred catches Bruce crying and basically tells him to man up because his friend was street trash anyway so who cares?

I guess that’s one way to make a Batman…

Look at her, she’s wearing a tiara.

So this happened. Lots of drunken dancing by Mama Penguin in this episode. Also some major cougar flirting.

Penguin is going to name his new nightclub “Party of One.”

So this happened, too. A montage of Penguin celebrating his good fortune by getting drunk and rubbing himself all over the nightclub he now runs.

And drunkenly spinning around.

And drunkenly sucking cake off his fingers.

The face of a man who DESPISES onions.

Ms. Kringle comes to visit Eddie, but interrupts him “surgically removing the onions” from his take-out, which Ms. Kringle seems to think is totally normal. Or at least normal for Nygma. She quickly thanks him for a card he gave to her, and then LITERALLY runs away before Eddie has the chance to ask her out.

Eddie is used to having that affect on women.

What did you think of “Welcome Back, Jim Gordon”? How long do you think Fish will stay out of Gotham? What kind of repercussions are in store for Gordon?  Are you looking forward to next week’s introduction of Scarecrow’s dad?