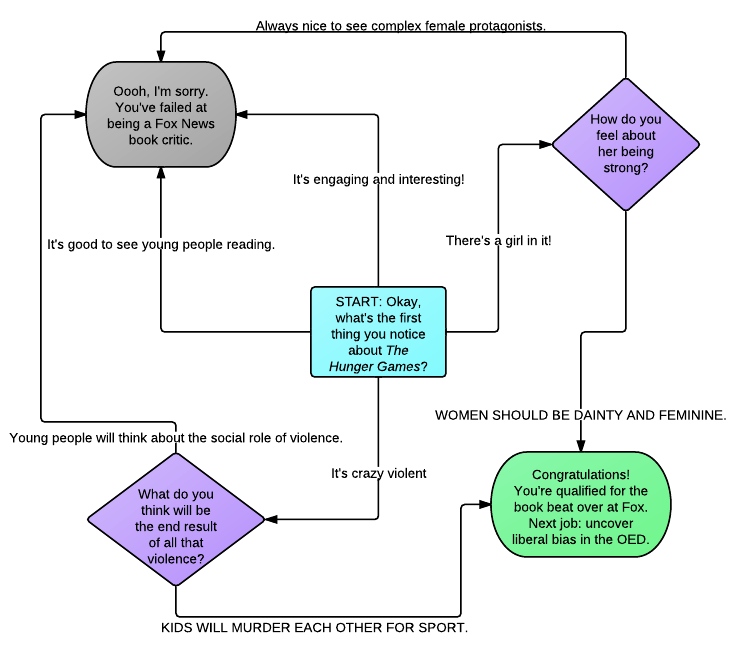 Are you qualified to talk about books for Fox News?

I was reading this thoughtful and not at all ideologically-driven piece about The Hunger Games on Fox News today when I was struck by a thought: what does it take to qualify one to talk books at Fox News? In fairness, Dr. Keith Albow is really talking about the film — it’s not clear from the article that he knows there is a book, which might be one of the qualifications — but regardless, I was charmed by his thoughtful critique of the franchise:

1) Females will be further distanced from their traditional feminine characteristics that (sadly, some wrongly insist) suggested they were not being real “girls” if they were extremely physically violent.

2) Young teens and many pre-teens will be awakened to the fact that they are capable of extreme violence, given the right set of circumstances.

3) A few psychologically vulnerable teens—who would have come to no good anyhow—may be inspired to replicate the film’s violence.

Can you write the same kind of shatteringly dynamic critique? There’s a flowchart for that.