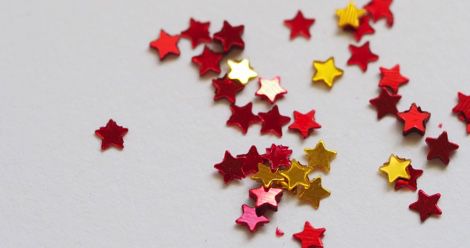 Ah, the age old question: what makes a five-star read? Obviously, the answer is different for every reader. The last five-star book I read might have been one you hated. This is just as it should be—there are enough books in the world for everyone, and we don’t all need to like the same ones. But it can also make judging books based on their star ratings a bit tricky.

In general, I find star ratings to be mediocre system, at best. I still give books a star rating on Goodreads, but it’s usually inadequate to capture how I actually feel about a book. I give books three stars for so many different reasons. My four-star reads, though all books I love, are so different from each other that it sometimes seems odd to me that they all share a star rating.

It gets even more complicated when I start to consider how other people might be using the star rating system. I usually know what it means when I give a book four stars, but I don’t necessarily know what it means when someone else does. Yet, we humans are impressionable creatures, and despite knowing how flawed it is to use a numerical rating system for a thing as complicated as a book, I get swept up in it when I’m browsing Goodreads and reading book blogs.

So I’ve spent a good amount of time pondering the question: what makes a five-star read? I almost never give books five stars. In fact, out of all the books I’ve rated on Goodreads (about 1200), I’ve only given 10% of them five stars. I have read many incredible books in my life, so it’s not because the vast majority of books I’ve read have been bad. So what is it that sets a five star book apart? When I sorted my Goodreads shelves by star rating, the one thing all my five-star reads have in common became clear: they all elicit a physical reaction.

I know this is not a distinction that will resonate for all readers. Maybe you’re the kind of person who simply doesn’t ever cry because of a book. Or maybe you’re the type of person who cries at everything you read. Either way, you probably have your own marker for what makes a five-star read.

For me, a physical reaction is how I know a book truly, deeply, forever resonates with me. It’s how I know a book has changed me. It doesn’t have to be tears, although it often is. Sometimes books make me ache (The Sonnets to Orpheus by Rainer Maria Rilke), or make me physically dizzy (One Hundred Years of Solitude by Gabriel Garcia Marquez), or make me so angry or upset that I start yelling and have to go outside and pace around the yard (The New Jim Crow by Michelle Alexander). Sometimes a book makes me feel absolutely still inside, and after finishing it, I just lie there on the couch, eyes closed, unable to move (The Buddha in the Attic by Juile Otsuka). Sometimes a book is so beautiful that my throat gets dry and I have to keep putting it down and drinking glasses of water between pages (Don’t Call Us Dead by Danez Smith). Sometimes books make me feel queasy, for any number of reasons—heartbreak, joy, the sheer intensity of human emotion (The Goldfinch by Donna Tartt, Hunger by Roxane Gay). Sometimes books make me cry messy, snotty, ugly tears (The Song of Achilles by Madeline Miller), and other times they make me laugh so hard I can’t breathe (A Civil Campaign by Lois McMaster Bujold). Sometimes a book makes me so happy I can’t stop smiling and giggling and clapping my hands (Weetzie Bat by Francesca Lia Block).

I read a lot of fantastic books that do not make me do any of these things, and that’s just fine. Four-star reads are just as worthwhile as five-star reads. So are three-star reads, many of which, for me, are delightful escapist novels  that fill me with joy but do not make me cry or scream. But it’s comforting knowing exactly what makes a five-star read.

It also makes it a little easier for me to ignore star ratings on sites like Goodreads. I love getting book recommendations, but when it comes down to it, we all react to books in different ways, and we all have our own subjective rating systems. I have friends who give out five stars like it’s no big deal. Which it probably isn’t, for them. I’m just glad I’ve finally figured out exactly what it takes for me to doll out those five precious stars. I still pay attention to everyone else’s opinions, but I don’t pay too much attention. Honestly, it’s a huge relief.

What makes a five-star read for you?