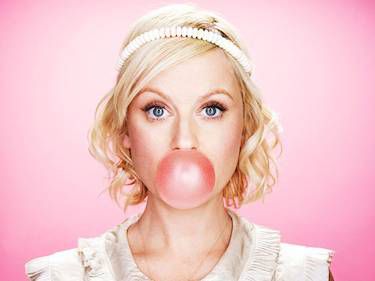 So it’s now pretty common internet knowledge that comedy superstar Amy Poehler is following in the footsteps of her womb-to-tomb best friend fellow comedy superstar Tina Fey and coming out with a memoir.

According to publisher It Books’ press release, the memoir will be  “An illustrated, non-linear diary full of humor and honesty and brimming with true stories, fictional anecdotes and life lessons, the book will be a unique and engaging experience from one of today’s most talented and beloved stars.”

-I want key backstory moments like, for example, the moment (day, year, decade, whatever) that Poehler knew she wanted to spend the rest of her life doing comedy. I will say here that I thought the before-anyone-cared backstory ran a smidge long in Bossypants, so am hoping for a couple colorful and key anecdotes, not a ramble about the first few decades of her life.

-Before Parks and Recreation and even before SNL, Poehler was one of the founding members the comedy group Upright Citizens Brigade, which has since become a major improv/sketch comedy school on both coasts. I want to know all the backstory and secrets about her fellow Uprighters! I know she and fellow founder Matt Besser used to date. I want dirt on that! I want to know how big a cut she gets from the school now (those classes are EXPENSIVE). I want to know if she’s a little bit smug about beating out The Groundlings and becoming the new, cool LA improv school! I want to know if the long lines of young desperate aspiring artists outside UCB every night make her sad. Well, they must make her sad, but I want to know HOW sad.

– I just want so much SNL scoop. I want a story that out-stories the Bossypants “Jars of pee in male writers’ offices” story.

-The few anecdotes Tina told about Amy in Bossypants were golden (“My friend is here!” and “Amy’s eyes went black”) just killed me. I think it’s payback time. I want Amy’s side of the Amy/Tina friendship now.

-Not to compare this yet-unpublished memoir too much to Bossypants, but the one last comparison I’m going to make is that I really hope Amy does personalized shout-outs to the writers of Parks and Rec the way Tina did shout outs to the writers of 30 Rock because that was CLASS ACTION right there.

– Have you seen her sons? She’s got two funny-faces, a 4-year-old and a 2-year-old, and their names are ARCHIE AND ABEL. I know, I can’t even. I want to hear all sorts of funny mommy anecdotes about these two. I also want to know if they’re just little-kid-funny or if they’re showing signs of growing up to be actual real person funny.

– I want to hear all about Poehler’s dark and crazy side (my interest in this has been piqued since the “Amy’s eyes went black” anecdote from Bossypants). I need more!

-I also want to hear more about Poehler’s just so warm and deeply human side. This video she did about loving your body just destroyed me. I think she has so many wonderful things to say to people and I want to hear what they are!