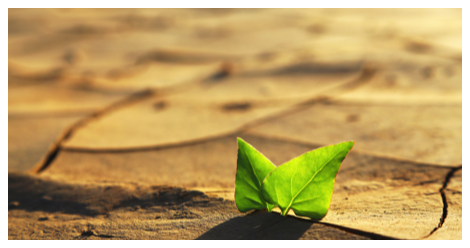 It seems like it’s been never-ending, hasn’t it? First the big recent hurricanes, and then the wildfires. People say the environment has gone crazy, as if Mother Nature could be diagnosed with a mental illness. If we’re to take the analogy a step further, then we’d need to consider treatment. How do you work with a planet that is ill? First, by acknowledging our hand in it, and second, by figuring out what we can do. In a small effort to take responsibility, and because I have just moved to the state where Arbor Day was invented, I have chosen my monthly column to be about the environment.

Below, you’ll find two fiction and two nonfiction books, each of which grapples with our environment in a different way. Please recommend books in the comments that you’d add to this reading list! 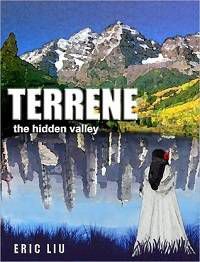 Eric Liu takes on the subject of the environment in this blend of science fiction and fantasy. Flora Karachi lives a double life. In one, she is Flora, living in a world where technology isn’t made, but grown. Think organic Battlestar Galactica stuff, but even more so. But in this world, Flora blacks out often, and is an outcast for it. In her blackouts, in another world, Flora is living another life entirely. She is Jane Ingram, a climate scientist living in the US. In both worlds, Flora fights to protect the earth, and in this fight, she’ll discover the dangerous ties between her realities. 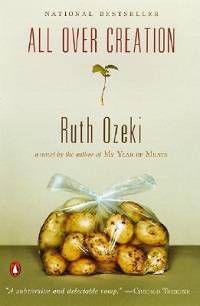 All Over Creation by Ruth Ozeki

Focusing on a smaller space than the grand Terrene, we have this gorgeous novel by Ruth Ozeki. Yumi Fuller is from a potato-farming community in Idaho, and she’s glad to say from, as in, doesn’t live there anymore. It’s been 25 years, in fact, since she’s seen the place. But with her parents on their deathbeds, she’s returned, and will have to face the life she ran away from when she was 15. But there’s a lot to distract her from her personal issues, namely the encroachment of Big Farming. The agribusiness is corporate and cold and doesn’t understand potatoes, the activists in town protesting would say. Getting wrapped up in the drama, Yumi has to admit there’s no place like home… not that that’s necessarily a good thing. 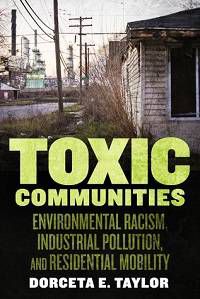 Here’s the thing about the environment: it affects everyone. And the more privileged you are, often the less you have to think about it because other people do that work for you. In Toxic Communities, Dr. Taylor examines communities across the US living in dangerously polluted areas due to economic segregation and zoning issues that predictably make wealthier communities cleaner. In the field of environmental justice, she introduces new theories on environmental racism, and is an important scholar to keep track of. 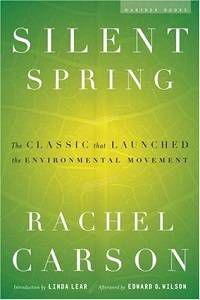 This book is outdated. Very much so. But that doesn’t matter: it’s a classic of environmental justice literature. Published originally as several essays in The New Yorker, the book looks at the danger of pesticides, but goes beyond that. Carson looks at humans, how we affect the environment in general. In beautiful prose, Carson details the effects pesticides have on both nature and humans. She called for real life changes. Even years and years later, when many of those changes have been made, the book is relevant. We’re still seeing how big corporations and companies fight to keep information from us. We still see the negative impact we have on the environment.