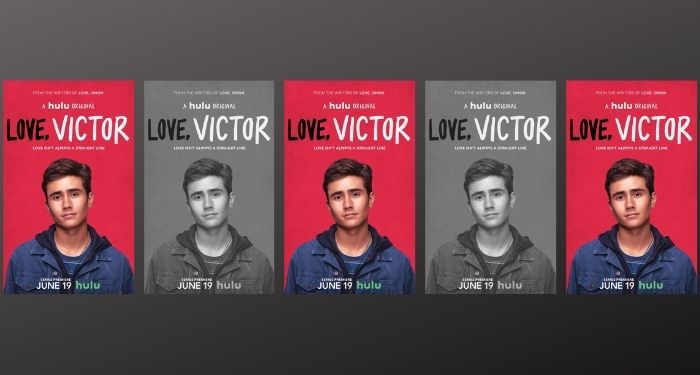 Recently I went into my Disney+ app on Roku to watch something and was very confused by the gauntlet that dropped, not letting me continue until I selected my parental controls. I have had this account for a while now so this was new, leaving me to question what Disney+ could possibly have on it that parents would suddenly need to be wary of allowing their kids access to the full catalog. It’s been pointed out that the Disney+ app has, for example, censored films from the ‘80s made available there. If they were already censoring things to make them more “family oriented,” why the sudden YOU MUST NOT ENTER UNTIL YOU SAY YOU ARE ADULT OR KID!? Okay, it’s not that dramatic but you know what I mean.

Once I went through as I am adult I can watch whatever I want—and had to do the same to all the users on my Disney+ account—I realized what had happened: there was a section filled with new Marvel shows that had originally premiered on Netflix and they are labeled with the TV-MA content rating, meaning “Mature Audience Only.” A young kid could easily see the Marvel tag and start watching, for example, The Punisher which has sex & nudity, alcohol and drug use. So naturally it would make sense to have parental controls available in a streamer that is now offering TV-Y through TV-MA. What I am bothered by and have many questions about is why Disney+ had no problem placing Marvel shows with adult content on their streamer—they even created parental controls to do it!—but Love, Victor, which is TV-14, was labeled too mature to be on their streamer.

If you’re not familiar with the show, here’s how it came to exist: Becky Albertalli wrote the novel Simon vs. the Homo Sapiens Agenda. The novel was adapted into the film Love, Simon. Love, Victor is a spinoff from the film, set in the same universe as the novel and adaptation, which introduces a Puerto Rican-Colombian-American teen discovering he’s gay. So people cheered when they heard the news that Disney+ was creating this show for its streamer.

And then felt stabbed in the back when Disney decided not to allow Love, Victor Season 1 on Disney+ but instead tossed it over to Hulu, the streaming service that is owned by The Walt Disney Company and also 33% owned by Comcast. The reason they gave at the time was “that the show’s depiction of alcohol use, sexual exploration, and marital issues among parents was the main concern for the family-focused Disney+ service, and that Love, Victor would be a better fit on the more mature, Disney-controlled Hulu…” Unless they censored all the alcohol use out of all the ‘80s movies available on Disney+ (I know them all by memory, they have alcohol use), then they already have alcohol use in the content they show. As for marital issues, Disney is literally known as the parent killer! Bambi literally calls out for his mother repeatedly after she has been MURDERED leaving generations of children traumatized. More importantly Love, Victor is labeled as TV-14, the same exact content rating as shows like Hawkeye and WandaVision—both of which premiered on Disney+ well before the parental control feature was implemented. If shows with much of the same content and the exact same content rating are allowed, it really feels a lot like the only one of the excuses given to bar Love, Victor that Disney had an issue with was the focus on “sexual exploration,” where they just aren’t saying the part “gay” out loud. And sexual orientation of any gender/sexuality should not be an issue. At all. Ever.

Disney has not had the best track record with onscreen LGBTQ+ representation. And while the streamer does have some LGBTQ+ content it often comes with a “you have to look for it” or “for a second” or “ they don’t actually say gay but…” or “it’s a side character and not the focus” type of addendum.

Ultimately, Love, Victor—a great show about a gay Latino trying to navigate being a teenager, his family issues, homophobia, growing up, his sexuality, and first love—aired its first season in June 2020 on Hulu followed by a second season in 2021. Now with the third season ready to drop, Disney has finally decided to allow Love, Victor to air on Disney+ starting in June. I can’t help but wonder how much The Walt Disney Company being rightfully called out for donating to politicians behind the Florida “Don’t Say Gay” bill and not condemning it until well past time, and the introduction of parental controls for shows that have actual TV-MA content ratings (which does not apply to Love, Victor which is TV-14) played a role in them finally allowing Love, Victor into the Disney+ catalog.

I’m glad Love, Victor will finally be where it was originally meant to be, but I’m left feeling like Disney+ had a “you must be this tall to ride” threshold to the tune of “you must be less than this gay” to be on Disney+ before they got parental controls.