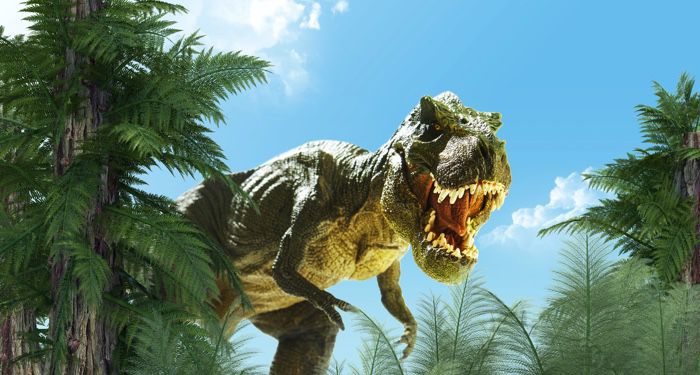 Do you love science fiction? Do you also have early readers at home who will be tomorrow’s science fiction nerds? Then, my reading friends, let me introduce you to the children’s book series Dinosaur Train! These books have been a hit with my kids and play into their love of all things dinosaur. In general, the series focuses on social and emotional skills, while providing interesting dinosaur factoids. Yet, probably because I’ve been sheltering in place with my kids for an eternity, I have come to realize that Dinosaur Train is also an epic work of science fiction. The books are geared toward a younger audience, but the ideas they contain are mind-bending in their own right. The Dinosaur Train series is a perfect way to get kids interested in science fiction and its heady mental space. 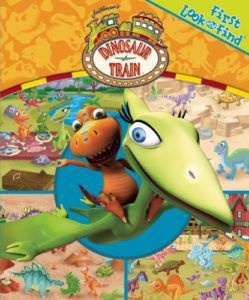 If you are unfamiliar with Dinosaur Train, here’s a brief summary. The time is around 70 million years ago in the Late Cretaceous. In a nest overlooking the Western Interior Seaway, a mother Pteranodon waits for her eggs to hatch. Three Pteranodons emerge in quick succession whom she names Tiny, Shiny, and Don. But in a twist of fate, a Tyrannosaurus hatches from the fourth egg. Not missing a beat, the mother Pteranodon names him Buddy and decides to raise the merciless predator as her own. Moreover, to make Buddy comfortable with his difference, she proposes a trip around the world on the Dinosaur Train so that Buddy can experience dinosaur diversity first-hand.

So if you’ve made it this far, you might be wondering how this zany kids’ series can be classified as science fiction. Well, below are three reasons that place Dinosaur Train within the genre and show how it can be a gateway for children to its fantastic world. 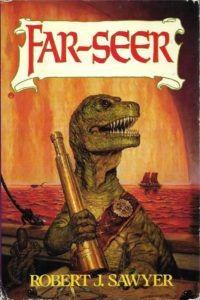 It is an obvious point, but Dinosaur Train features highly intelligent reptiles who use language and live in complex societies. While the concept of sentient dinosaurs might seem obscure, there is precedent for it in science fiction. For example, Harry Harrison’s West of Eden imagines an alternate timeline in which Earth was not struck by an asteroid 65 million years ago. As a result, dinosaurs evade extinction and evolve, thus drastically reshaping life on the planet. In a different vein, Robert J. Sawyer’s amazing yet bizarre Quintaglio Ascension Trilogy features an alien race that transplanted dinosaurs to another planet 65 million years ago. Like Harrison’s novel, the dinosaurs miss their extinction event and eventually evolve into a highly intelligent species. 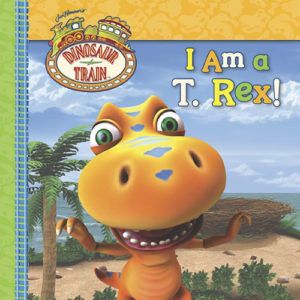 As if super-evolved dinosaurs weren’t enough, Dinosaur Train also features time travel. In the book series, Buddy rides on the Dinosaur Train to experience the diversity of dinosaur life. In order to do this, the train travels through time via a series of wormholes on the tracks. (Unfortunately, how dinosaurs developed and mastered time travel is not explained.)

Dinosaur Train approaches the subject of time travel in a novel way. Usually in time travel narratives, an individual or small group does the traveling. In their attempts to avoid altering their present, they try to leave as small of a footprint as possible. However in Dinosaur Train, the time machines operate as public modes of transportation. Far from being low-profile, time travel forms the bedrock of the Dinosaur Train society, and enormous jumps through time are the norm.

For example, in I Am a T. Rex!, Buddy and Tiny board the train to visit Mrs. Giganotosaurus. The meeting itself is a casual affair, but the temporal circumstances are not. About 14 million years separate Giganotosaurus‘s extinction and the emergence of T. Rex. That is nearly 70 times the current age of modern humans! However, Buddy and Tiny’s trip to see the Giganotosauruses pales in comparison to other outings on the train. In their quest to see all of the dinosaur world, Buddy and his family day-trip across entire geological periods. They are time-traveling adventurers and bring the world of science fiction to early readers. 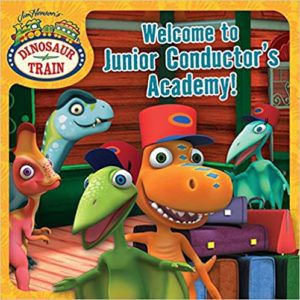 In the Dinosaur Train series, countless dinosaurs time travel throughout the Mesozoic, a 180 million year span. As a result, the concept of separate eras of time gets whisked away.  In its place, a new and interconnected dinosaur society emerges, making for fascinating reading.  For instance, in Welcome to Junior Conductor Academy!, Buddy and his Pteranodon family learn how to become Dinosaur Train conductors. Mr. Conductor, a Troodon, teaches them along with their friend, Dennis the Deinocheirus. But here’s the kicker: none of these dinosaur species actually live at the same time as one another! Millions of years separate each of them in the fossil record. Time travel alone makes their community possible. Thus Buddy and his friends exist in a pan-Mesozoic society, in which dinosaurs are no longer constrained by time or space.

The sheer complexity of preparing for such a society is mind-boggling. Engineers would have to team up with geologists to design train stations that withstand continental drift. Epidemiologists would have to research dinosaur immunity to make sure a lizard from the Triassic doesn’t set off a plague in the Jurassic. And governments would need to determine how laws, taxes, and elections would work over 180 million years of interconnected culture. Oh, and just in case you forgot: all of these scientists and officials would be freakin’ time-traveling dinosaurs! Yes my friends, the world of Dinosaur Train is truly mind-blowing. Early readers who find these books will certainly be on their way to becoming science fiction nerds. Enjoy, and in the words of The Conductor: “All aboard!”