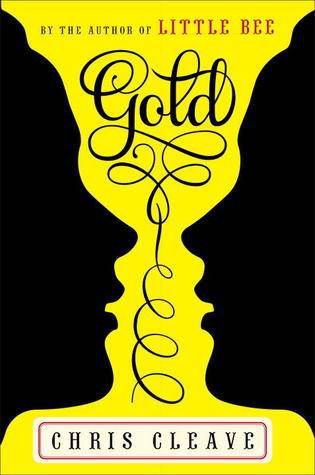 We’re just about 12 weeks away from the start of the London 2012 Olympics and I’ve managed, so far, to keep my squealing excitement under wraps. But just barely. Personally, I’ve always been more of a Summer Games girl than Winter, and I’ve usually got a schedule of my favorite events mapped out and DVR’d so I won’t miss anything. I like the standard gymnastics and swimming, but also wrestling, triathlon, and the marathon. And because I, like all of the rest of us, am a book nerd, I went looking for books about the Olympics or which have the Olympics as a central element.

While there are a ton of  nonfiction volumes about the history of the Games, or about one or two games in particular, and lots and lots of biographies of Olympians, there’s a shocking dearth of fiction surrounding the Games. There are a couple of upcoming titles that have quenched the thirst, for now, but very few others.

To get started, Chris Cleave, of Little Bee fame, publishes his novel, Gold, in July, about three track cyclists whose lives are intertwined and complicated by the others as each of them races and competes – in the case of Kate and Zoe, directly with each other – with London as the ultimate goal. The Olympics are always part of the conversation for them, even as their personal lives are upended and tumultuous.

But beyond that, Cleave really gets inside the head of these elite athletes, what it’s like to be on the verge of overtraining and really hurting yourself, and the kind of mentality it takes to compete at that level and what it does to you emotionally.

Another new book, Flight From Berlin by David John, being published in July, reaches back to the 1936 Berlin Olympics and sets up a plot that’s full of intrigue and mystery set against the backdrop of Hitler’s Games. With Jesse Owens as a central figure in those Games, this one promises to deliver plenty of Summer Olympic detail with mystery and history thrown in.

There have also been several books in the last few years that have placed the Summer Olympics front and center.

Nicola Keegan’s novel Swimming tracks the rise of a small-town girl with dreams of Olympic glory and in this case, the Barcelona Games are the ultimate goal.

Again to Carthage by John L. Parker Jr. is the follow up to Once a Runner, but the sequel concentrates on a runner’s dream of just making the Olympic team after a long gap away from professional racing.

Running the Rift by Naomi Benaron combines a large-scale human rights tragedy – the Rwandan genocide – and one boy’s dream of becoming an Olympic runner as a way to escape the horrors of his homeland and find his family and friends as the country splits apart.

Any of these novels should get that adrenaline pumping for London, but I wonder if there are any more forthcoming works that will capitalize on the Games this summer. So what say you, Rioters?