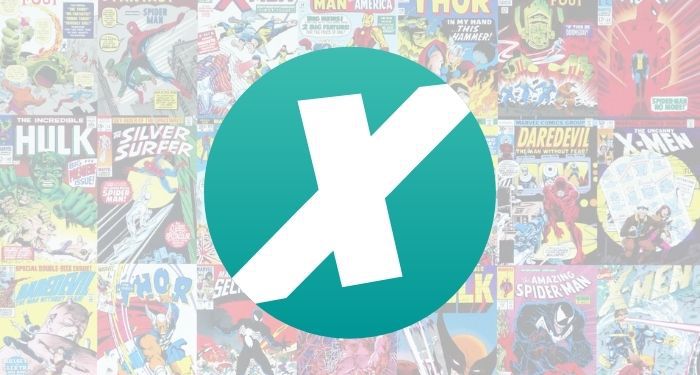 In a Twitter thread posted by ComiXology on February 12, which was supposed to shed light on the transition, many users grumbled about how it ruins their reading experience. “All my purchased comics are gone, just like that. From now on, I won’t be buying anything from ComiXology ever again. Thanks a lot, you guys f— up. I want my money back,” one Twitter user quote tweeted in response. The Twitter thread was bombarded with similar angry responses.

Even the actor and creator Patton Oswalt pleaded to “switch it back,” promising that there would be “no hard feelings” with the gaffe.

Guys, just switch it back. You can do it. C’mon. Switch it back and no hard feelings. https://t.co/kcWNBzU0A5

Just what exactly did Amazon do to ComiXology to provoke heated responses from comic creators and readers alike?

The majority of the criticisms came from those who have large libraries; since the app is an overhaul, many had to re-download their past purchases. Aside from that, many complained that the revamped app is slow, the user interface is like “diet Kindle,” the images are of low quality, and the web reader is nonfunctional.

ComiXology 4.0: What You Need to Know

The update shuttered ComiXology’s website, and the URL is now being redirected to a local subsite on Amazon. To continue using ComiXology, long-time customers are required to link their accounts to Amazon.

Amazon also integrated its existing services to ComiXology, which made lines blurry. For starters, there’s already an existing Kindle Unlimited that also offers comics (one would be forgiven for thinking that Amazon is competing with itself). With the update, Prime Reading and Kindle Unlimited members can now read their borrowed titles inside the new ComiXology app. What’s more, ComiXology Unlimited, the flagship subscription service, is also available on Kindle apps and on Amazon.com, which means that readers can access them on those services.

The App and the Web Reader

Though reading on the new app is tolerable, it bears a resemblance to the no-frills Kindle, as they share the same codebase. In the aforementioned controversial Twitter thread, ComiXology said that it can’t keep two separate codebases because it “isn’t sustainable.”

Reading on desktop, meanwhile, has become impossible. Users now have to read via Kindle Cloud Reader, as the native ComiXology web reader is gone. This is not ideal, as Kindle Cloud Reader lacks basic features like zoom, guided view, and two-page spread. The panel view feature stayed, but upon tapping on a scene, it doesn’t zoom in.

Before Amazon’s aggressive push to integrate its services, some titles on ComiXology were DRM-free, allowing users to save PDF or CBZ files and take them locally. Since the update, ComiXology stopped allowing DRM-free downloads for new purchases.

Consequently, Twitters users expressed concern about the possibility that the changes might push readers to go back to pirating comics. If this indeed happens, it would be a blow to the comics publishing industry.

Perhaps the most major disappointment with the update is the availability. Those outside the U.S. and the UK may not be able to access ComiXology, as they will be required to make their purchases through their local Amazon store.

Some features, like Smart Lists and the ability to archive books, also didn’t make the cut. To make it vaguer, library series grouping is only available in select Amazon stores.

Will Amazon Fix These Issues?

For years, ComiXology, having no direct competition, has been the destination for many comic readers. These major changes can absolutely feel like a betrayal for them. But can they expect anything good from ComiXology soon?

ComiXology broke the silence more than a week after the scandalous update, offering vague solutions. In another series of tweets on February 24, it said that it has already pushed an update to the Fire OS app and is making several other updates, “prioritizing fast incremental improvements to ease the hardest pain points.” It also said that its priority now is fixing the web reader. But as pointed out by Gizmodo, ComiXology still didn’t address the more important issues of the update, including the unavailability of series subscriptions for non-U.S. readers and the move to Kindle Direct Publishing of its comic publishing platform, which causes burden to creators. It also didn’t give a specific date as to when it plans to roll out the fixes it mentioned.

With the whirlwind of changes and the rough transition, ComiXology’s future hangs in the balance — it’s not just about disgruntled users who plan to completely ditch it. Considering Amazon’s previous business decisions, it remains a mystery if ComiXology will eventually get replaced by Kindle Unlimited in the next few years.

For the meantime, here are other apps and services like ComiXology while we wait for the promised updates.