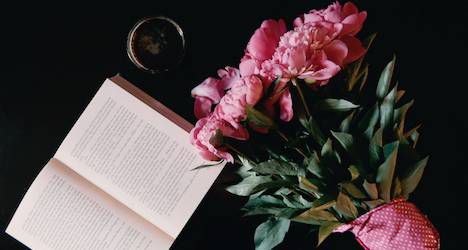 In relation to reading, there are three things that annoy me a lot: the term ‘chick lit’, the fact that chick lit often gets ignored in bookish circles, and the way that books in the genre tend to all get lumped together as though there are no differences in the quality of writing or the subjects that are covered. They might all have pastel coloured covers, but they aren’t all about shopping and shoes.

I’m using the term chick lit here despite my own qualms about it because it’s a term that seems to be commonly accepted, and I’m yet to come up with a better name (perhaps I’m part of the problem). Women’s fiction might work, but that term annoys me too—there’s no men’s fiction, why is there women’s fiction? Why can’t it all just be labelled ‘fiction’? (Trisha Brown has written more about that here.)

We’ve written about chick lit before: what is chick lit, where is chick lit, and what we’ve learnt from reading chick lit for research. My aim in this post is to highlight a few titles that I think are excellent and show that chick lit can be well written and diverse in subject and seriousness. A lot of these I would hesitate to call chick lit, because the central theme tends not to be the love story or the happy ending, but their covers and marketing I think puts them into the chick lit category. 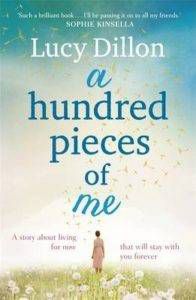 A Hundred Pieces of Me by Lucy Dillon

Lucy Dillon’s Longhampton is one of my favourite fictional universes (it’s right up there with Hogwarts), and I always look forward to her books. A Hundred Pieces of Me is a beautiful book that touches on issues of infidelity, illness, relationships ending, and new beginnings. The title comes from the main character moving into a new home and deciding to keep just one hundred vital things – similar to Marie Kondo’s philosophy of only keeping things that spark joy. It’s a book about happiness, uncertainty, and the little things. There isn’t an unambiguous happily ever after ending that is typical of the genre, but there is hope. 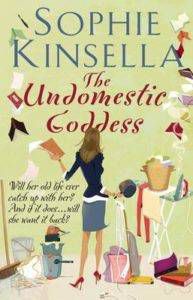 The Undomestic Goddess by Sophie Kinsella

This is another great one about starting over, but in a different way to Dillon’s book. The main character, a high-powered lawyer, ends up working as a housekeeper despite having no idea what she is doing. I loved the scenes where she is learning how to do things like iron a shirt, roast a chicken, and bake bread. There is mystery, an interesting cast of characters, some really good food descriptions (which I’m always a sucker for), and a lot of personal growth for the main character. This is one of my favourite Kinsella novels. 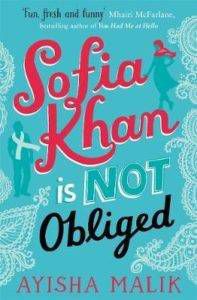 The story is told through different styles of writing: blog posts by the main character, extracts from a book that she is writing about Muslim dating, text messages, and traditional prose. The style of telling the story with the use of dates and blog posts reminds me of Bridget Jones’ Diary. It’s a great novel that covers dating, marriage, friendship, and family dynamics. There are also not many chick lit novels with Muslim main characters, and I liked the way that religion was covered in this book. I’m looking forward to seeing what happens next. 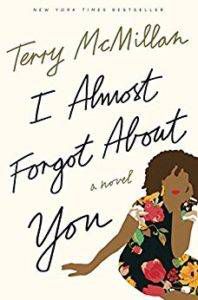 This one is probably the least ‘chick-lit-y’ one on the list. The main character is older, with grown children and grandchildren, and like some of the others on this list, is about major life changes and new beginnings. The main character tracks down her old lovers (including college boyfriends and ex-husbands), partly to remind herself about who she used to love and partly to see how they are now doing. I didn’t love this book the way I love some of the others on this list, but it was an enjoyable read. 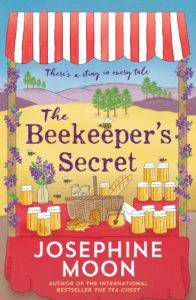 The Beekeeper’s Secret by Josephine Moon

Each of Josephine Moon’s novels have some kind of food as the focal point (her first was about tea and her second was about chocolate). The Beekeeper’s Secret is her third novel, and the food focal point here is honey. I definitely hesitate to call this one chick lit, because it doesn’t focus on any of the themes typically associated with chick lit, like a young woman navigating careers, family, friendship or a central love story, but I think the cover places the book in that genre (and I suppose that’s partly the point of this article – stop judging books by their pastel covers!). This book is about family, sacrifice, bees, scandals in the Catholic church, and life in a convent. I read this one on my last flight from Sydney to LA and it left me with a lot of feelings. Loved this book.

If you have any recommendations for books like the ones mentioned here, hit me up in the comments section! I’m always on the lookout for excellent books with pastel covers 😉