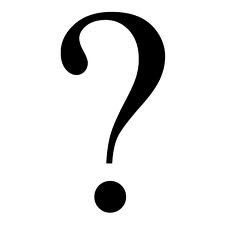 Well, put yourself to the test. A link to the answer is at the bottom of this post.

2. “[His] face was ageless, neither old nor young, though in it was written the memory of many things both glad and sorrowful. His hair was dark as the shadows of twilight, and upon it was set a circlet of silver; his eyes were grey as a clear evening, and in them was a light like the light of stars.”

3. “[His] jaw was long and bony, his chin a jutting v under the more flexible v of his mouth. His nostrils curved back to make another, smaller, v. His yellow-grey eyes were horizontal. The v motif was picked up again by thickish brows rising outward from twin creases above a hooked nose, and his pale brown hair grew down–from high flat temples–in a point on his forehead. He looked rather pleasantly like a blond satan.”

4. “Within, stood a tall old man, clean shaven save for a long white moustache, and clad in black from head to foot, without a single speck of colour about him anywhere….He moved impulsively forward, and holding out his hand grasped mine with a strength which made me wince, an effect which was not lessened by the fact that it seemed as cold as ice–more like the hand of a dead than a living man.”

5. “…a man of lofty stature, clad in an iron-gray frock-coat, armed with a heavy cane, and wearing a battered hat, turned round abruptly behind him, and followed him with his eyes until he disappeared, with folded arms and a slow shake of the head, and his upper lip raised in company with his lower to his nose, a sort of significant grimace which might be translated by: “What is that man, after all? I certainly have seen him somewhere. In any case, I am not his dupe.”

6. “[The character], to look at, was cut out precisely for some such career. The red of the cheeks was covered with peach down; the down on the lips was only a little thicker than the down on the cheeks. The lips themselves were short and slightly drawn back over teeth of an exquisite and almond whiteness. Nothing disturbed the arrowy nose in its short, tense flight; the hair was dark, the ears small, and fitted closely to the head.”

7.”The man presented himself as a voice.”