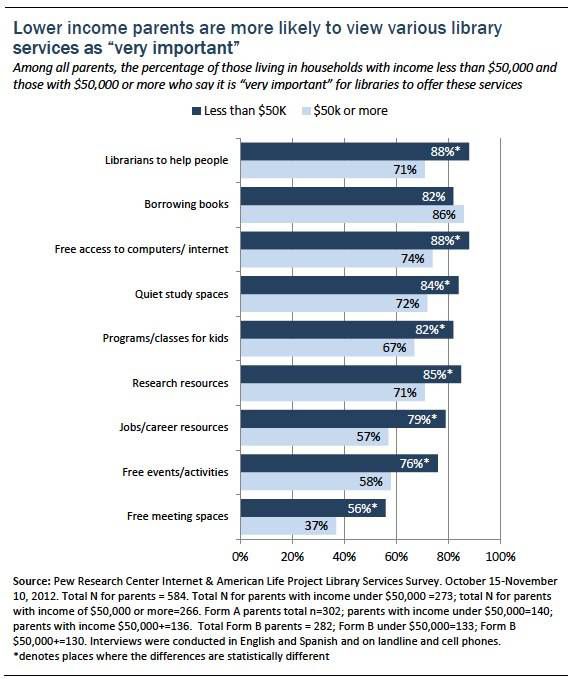 On May 1, the Pew Research Center’s Internet & American Life Project released a new report on “Parents, Children, Libraries, and Reading.” And the news is pretty simple, all things told: Libraries are crucial to the lives of both children and their parents. That’s the big takeaway, but it wouldn’t be a Pew report without numbers, charts, and graphs! So here are some particularly interesting tidbits:

Almost all parents (94%) say libraries are important to their children, with more than three quarters (79%) saying they’re “very important.” These numbers go up even higher for parents in households earning less than $50,000 a year:

Which isn’t really a surprise, given that 81% of all parents say libraries are important because they offer resources that aren’t available at home. For parents who can’t afford to spend very much money on books, publicly funded libraries are a great way to supplement and expand their children’s reading.

And not just their children’s, actually. According to the study, parents (all income levels, in this case) are more likely than other adults to use library services: 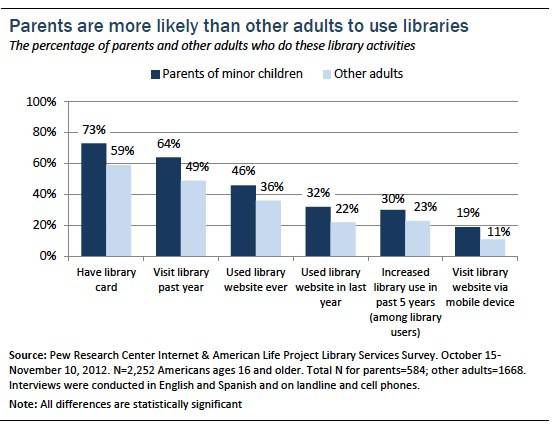 This is good news, because parents who read raise children who read. And currently, the study shows the numbers are encouraging if not spectacular. Fifty percent of parents with children over 12, for example, read to their kids every night: 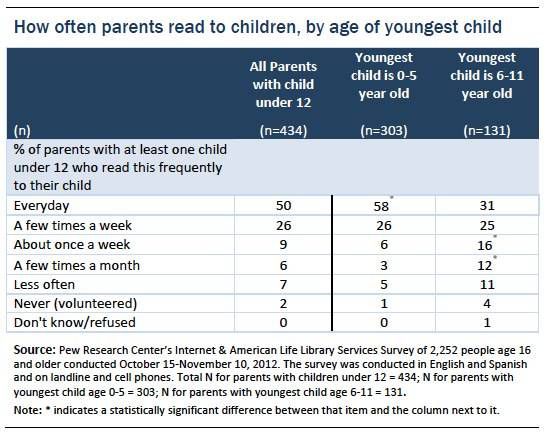 I wouldn’t be here at Book Riot (or in graduate school, or reading all the damned time) if my parents hadn’t read to me constantly. So while these numbers are looking pretty good, they could probably be higher. Which is where libraries come in. Parents report their library use increasing at a much higher rate than non-parents, for example: 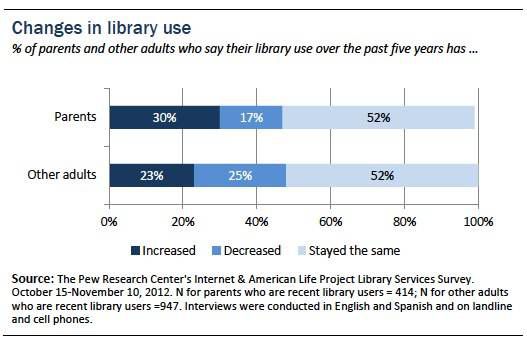 So as is usually the case when I finish browsing a Pew report about libraries my initial conclusion is pretty simple: More money and resources for libraries! Who’s with me?