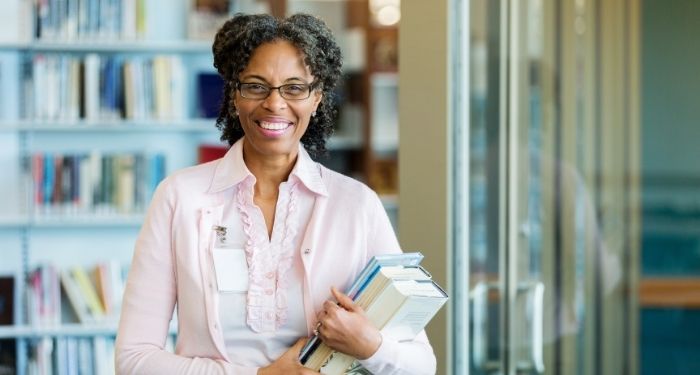 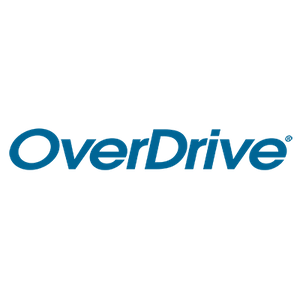 OverDrive is the leading digital reading platform for libraries, schools, corporations and organizations worldwide. We deliver the industry’s largest catalog of ebooks, audiobooks, magazines, streaming media and more to a growing network of 76,000+ partners in 94 countries.

Books celebrating librarians aren’t going to fix everything that’s stressful about our jobs, but I still think that these nine delightful books provide heartwarming reminders of what can make working in a public library so meaningful. Right now, it’s easy to be bogged down by the renewed stresses of COVID-19 and Omicron — everything feels heavier and harder again. Having fewer patrons using the library overall means that I often spend more time talking to patrons about masks than books — and that was the case before the latest surge, so imagine how much more essential and tense those conversations are now as cases rocket up everywhere.

If you are a Book Riot frequenter, you probably know that the last two years have been volatile for library staff. First of all, books about LGBTQ+ issues and those written by Black authors are being consistently and systematically challenged across the U.S., as are books about sexual health and education. Then, there’s the continuous debates about library neutrality and our weakened spirits due to COVID-19.

The other day, while feeling melancholy at work after the fifth or sixth time reminding someone to keep their mask on, I picked up Dear Librarian, a recently published picture book by Lydia M. Sigwarth and Romina Galotta. Reading Sigwarth’s story managed to instantly cheer me up. While times are hard, there are still wonderful aspects of our job and these picture books provide essential reminders. So, if you are looking to cheer up a tired librarian in your life, here is a list of titles that will make them feel appreciated and valued. While many books about libraries and librarians exist, these serve as important reminders of how, at their best, the responsibilities of public librarianship can be so fulfilling. 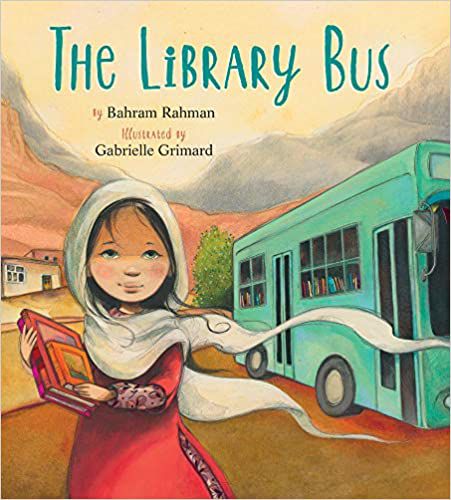 The Library Bus by Bahram Rahman and Gabrielle Grimard

Set in Kabul, this story is about a woman and her daughter delivering books to young girls living in remote villages. Pari’s mom has converted a bus into a mobile library, and the two of them travel around handing out books and supplies to young girls seeking educations. 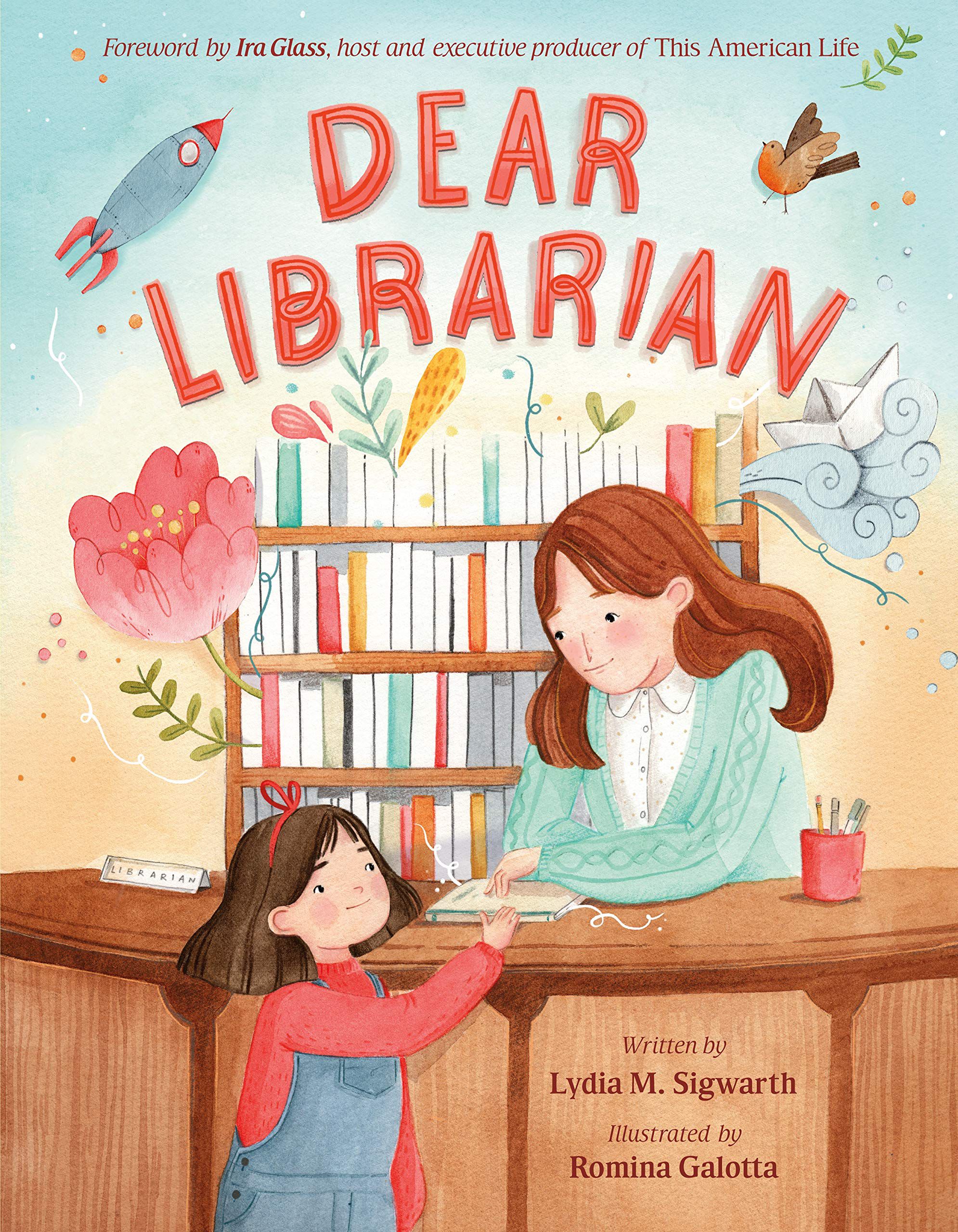 When Sigwarth was a child, her family was homeless for a little while. She didn’t feel as though she had a space of her own, but luckily she met a kind librarian who could provide her with a safe and welcoming space. This ode to librarians is a worthwhile example of how we can enrich a community and a meaningful exploration of how much effect we as library professionals can have on our patrons. 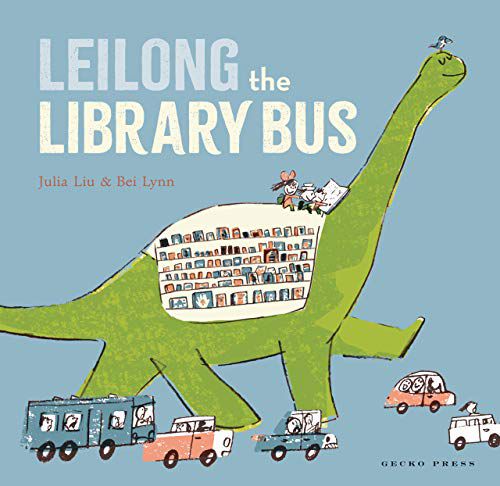 Leilong the Library Bus by Julia Liu and Bei Lynn

I’m a sucker for a book about the magic of library storytime, so this hilarious picture book had me from the start. Leilong is a giant ol’ brontosaurus who gets very enthusiastic during storytime and causes the building to shake. Unfortunately, the librarian worries that our dino-hero will cause damage, so Leilong has to stay outside. Eventually, however, there is a meaningful realization that books are for everyone, not just those that “fit”. 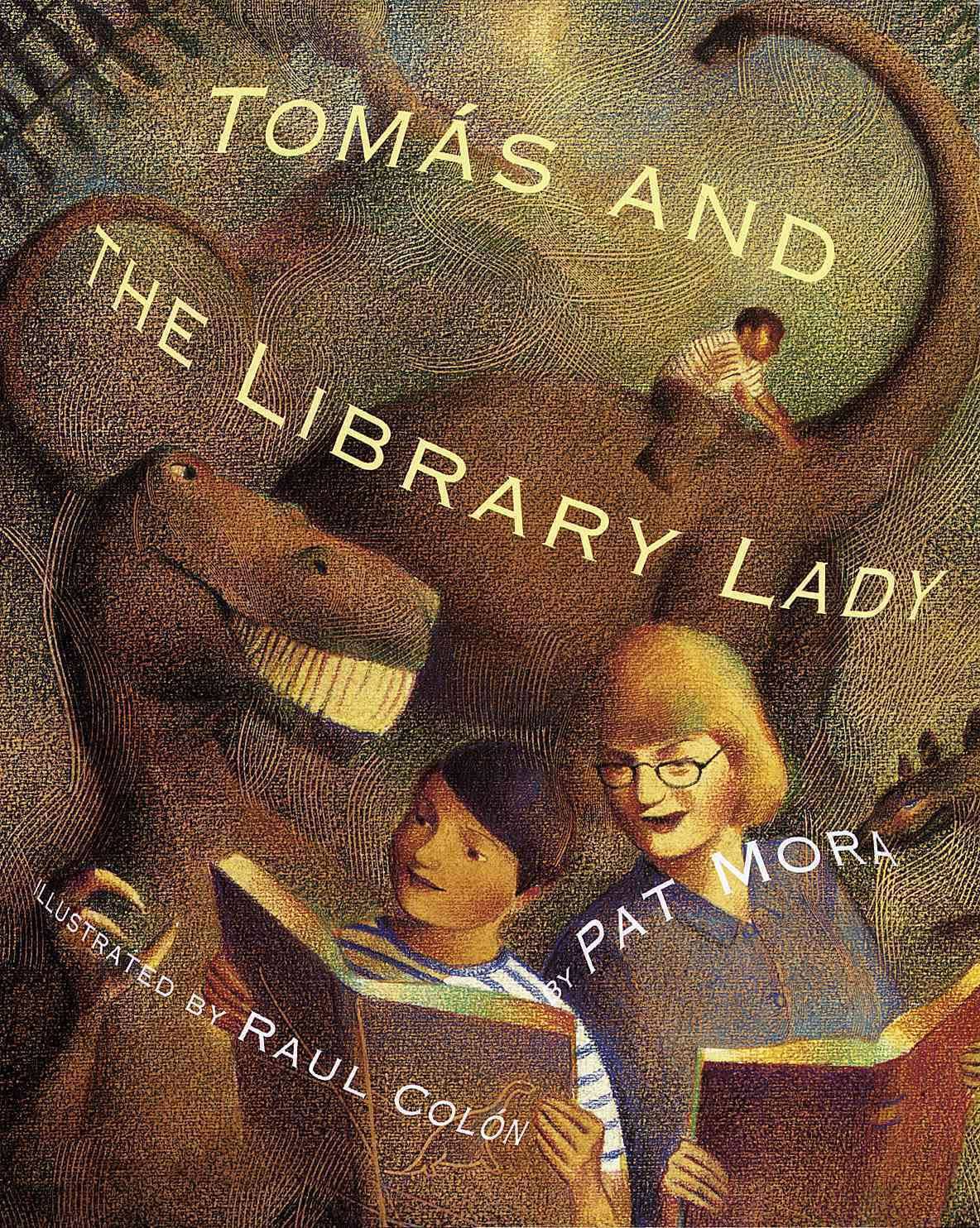 Tomás and the Library Lady by Pat Mora and Raúl Colón

This uplifting story is based on the life of Mexican American author and educator Tomás Rivera, a child of migrant workers who lived in Iowa. It features another example of a caring, attentive librarian who provides a struggling child with a safe space and the opportunity to fall in love with books. It’s a very gentle, sweet story. 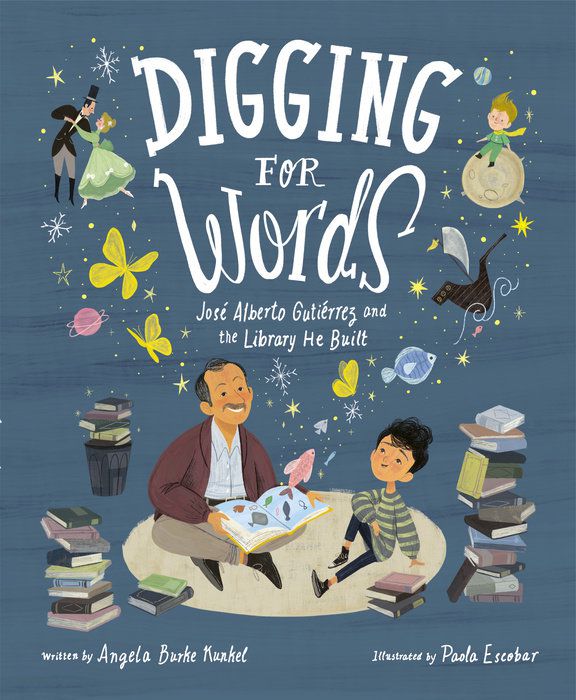 Digging for Words: José Alberto Gutiérrez and the Library He Built by Angela Burke Kunkel and Paola Escobar

This beautifully illustrated nonfiction biography tells the story of José Alberto Gutiérrez, a Colombian garbageman who curated a library out of books he collected from the trash as he worked. I also love that Angela Burke Kunkel ties the story to the perspective of a local child, also named José, and in doing that, the text reminds readers about who is often served by thoughtful gestures such as these. 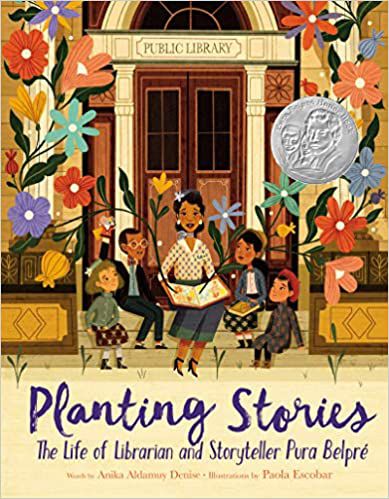 This is a bright and cheery picture book biography of Pura Belpré, my personal librarian hero and a groundbreaking children’s librarian. She moved from Puerto Rico to the U.S. in the early 1920s and became a librarian — basically inventing multicultural storytimes! 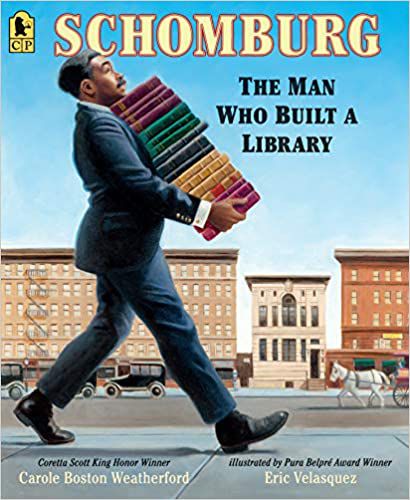 Schomburg: The Man Who Built a Library by Carole Boston Weatherford and Eric Velasquez

Though Arturo Schomburg was not a librarian (he was a law clerk), he did donate his house-bustingly large collection of books, letters, music, and art from Africa and the African diaspora to the New York Public Library. In curating this collection, he has provided important historical information to scholars and the public in general. As a librarian, I’m glad we can help people access exactly these types of essential collections. 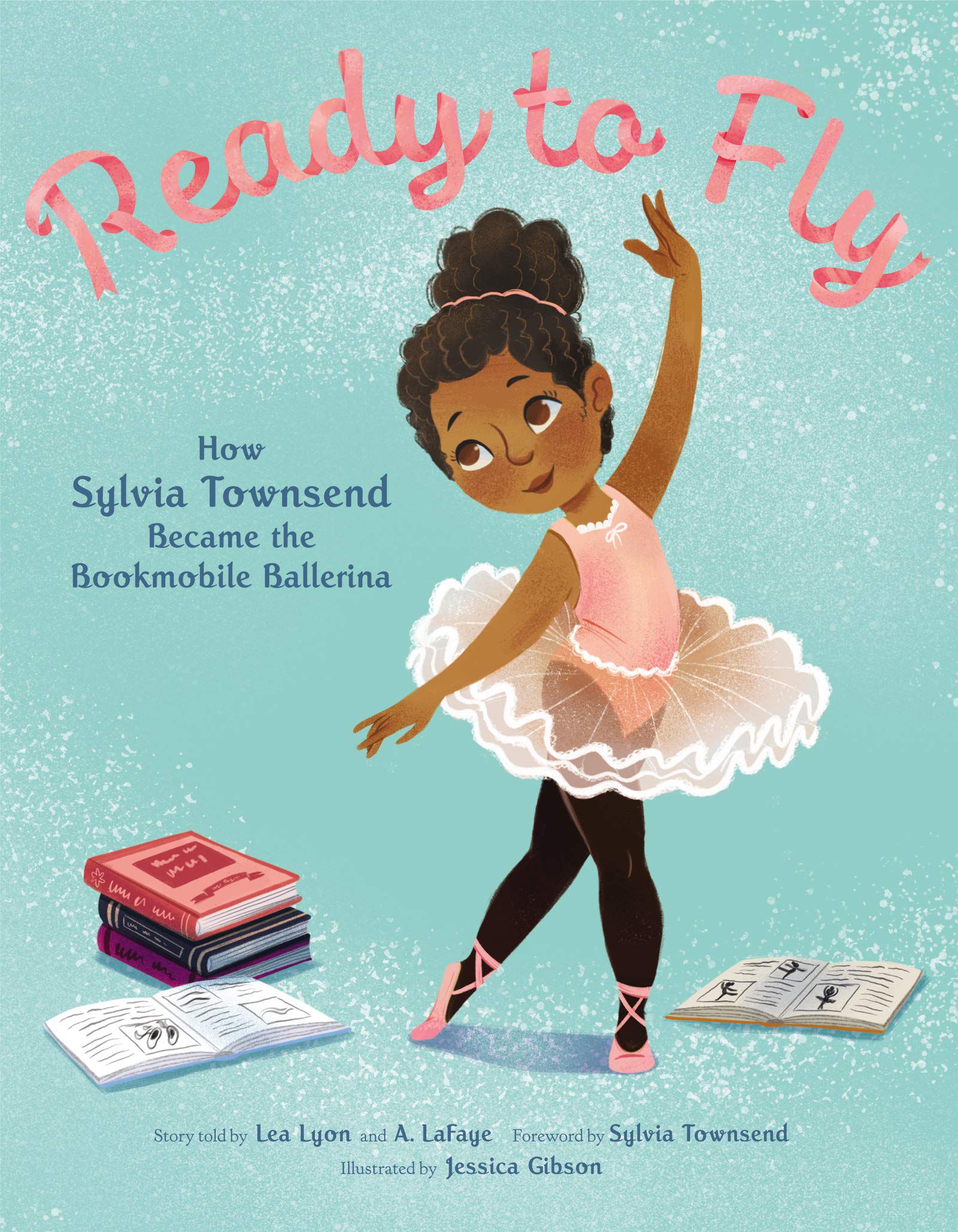 Sylvia Townsend had a natural talent for dance, but her parents couldn’t afford to send her for lessons. When a bookmobile rode into town, Sylvia and the local librarian scoured the shelves for ballet books. Sylvia began teaching other kids ballet, becoming known around her neighbourhood as the “bookmobile ballerina”. Though the librarian has a small role in this true story, she does exactly what I love doing at work — helping kids achieve their dreams, one book (or movie, comic, whatever) at a time. 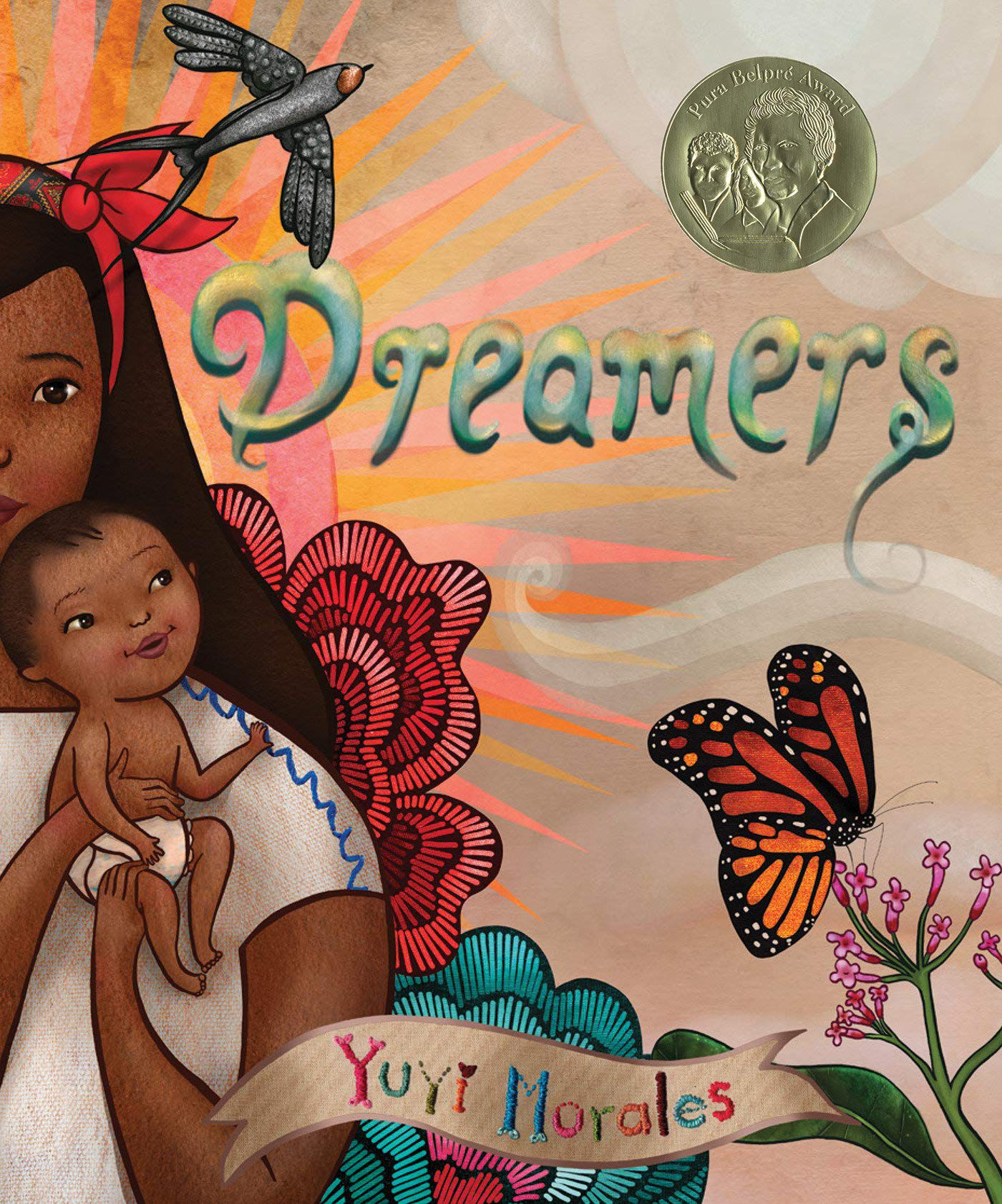 A lyrical, picture book memoir about Morales’s move to the U.S. in 1994. Along with being an immigrant story that addresses the challenges of moving to a new place and trying to understand a foreign culture, it is also a celebration of libraries. Describing libraries as “unbelievable” and “surprising”, Morales makes a fantastic argument about the importance of our space for newcomers.

So there you go — nine uplifting, beautifully illustrated books celebrating librarians. If you think that your favourite book peddler has been feeling burned out, these books are excellent reminders of why we persist.