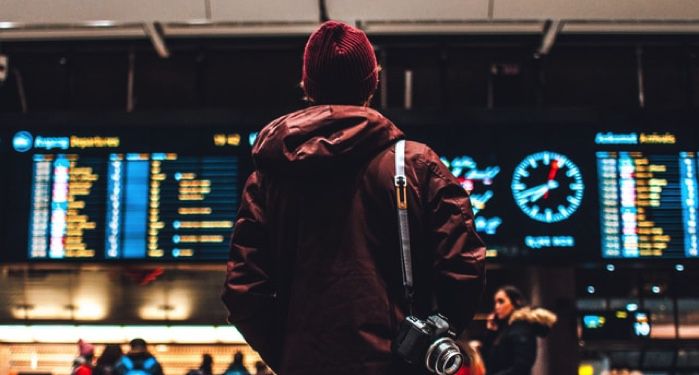 Going to bookstores as a bibliophile is like going to a house of worship. I get dressed nicely, I make sure I’m on my best behavior, and I go in with mindfulness.

Believe it or not, I’m fairly restrained when I buy books (in person…online is a different story). I generally have a plan and a budget that I actually stick to. But this isn’t about my trips to indie bookstores. No. Instead, I’m going to talk about bookstores in airports.

Going to airports as a traveler is like going to Walmart on Black Friday. I get dressed in a comfy granny chic outfit, I make sure I’m on my worst behavior (deals don’t come to you and neither does that gate at the end of the terminal), and I go in with a single-minded purpose.

We talk a lot of about mindfully going to bookstores and libraries and taking time to peruse the shelves. It truly can be akin to a religious experience for bibliophiles. Many go into bookstores with a mission, which can be anything from seeking a book referred by a friend to serendipitously discovering a new author. Even if one wanders into a bookstore with no plan, that mindfulness is there, because how could you not be mindful when faced with the written word?

And I love them. In fact, I would go as far as to say that I love shopping for books in airports more than in indie bookstores. Blasphemy, I know. But hear me out.

Indie bookstores are wonderful and magical, but they do expect something of their customers, whether it’s to support them or to be conscientious readers. In return, customers expect indie bookstores to be a home for the community and to keep fighting the good fight.

Whenever I walk into an airport bookstore, there are a few things going on: I’m strapped for time, the selection is laughable, and suddenly my budget doesn’t matter. Take these three elements into consideration and suddenly I have the perfect storm for a split-second decision. In this moment, paying $35 for that hardcover doesn’t sound so bad. I mean, I’m gonna be in economy eating peanuts and Biscoff for a couple hours, might as well.

In early summer, I visited my sister and realized I was without a book for the three-hour flight. I dashed into the bookstore, which mercifully was only a few feet away from my gate. I ran in and looked around, confused. The wall that should’ve had books was stocked with standard pandemic-related products such as hand sanitizer and wet wipes.

I peeked around and spotted the books shoved into a corner. Okay.

I glanced through the titles quickly. They were a mix of bestsellers such as Where The Crawdads Sing and It as well as some newer releases, such as Malibu Rising and Klara and the Sun. Those were really the only four that caught my eye other than a mass market paperback with a shirtless Scotsman in a kilt.

So now came the process of elimination. I’d already read Where The Crawdads Sing and Klara and the Sun. That left It and Malibu Rising. Very well. Seeing as it was summer, I decided that I wasn’t in the mood for murderous clowns, so I went with Malibu Rising…and some Purell.

The selection of Malibu Rising wasn’t the revelation. I already loved other books by Taylor Jenkins Reid and knew I was eventually going to get to Malibu Rising. But thanks to the snap decision the airport bookstore forced me into, I now was going to read it sooner rather than (let’s be honest) a year from now.

That made me think. Ever since college, I’ve been “plugged in” to all sorts of media, books included. I religiously keep up with new releases and interviews with debut authors. Same goes for shows and movies. It’s so rare for me to just make a snap decision to consume media because the attention economy has forced me to do research beforehand so that I don’t waste time on something I won’t like or is irrelevant.

Airport bookstores rely on me to make snap decisions so they can turn a profit. And I’m buying what they’re selling. I like the idea of walking into a bookstore without the weight of expectation. I like that I can just walk in and rely on my instincts. I like that I can also buy a candy bar and neck pillow at the same place.

While there are plenty of spaces designed for consumers to make these snap decisions, few leave me with something I actually enjoy. But hey, maybe at the end of the day, a bookstore is a bookstore.