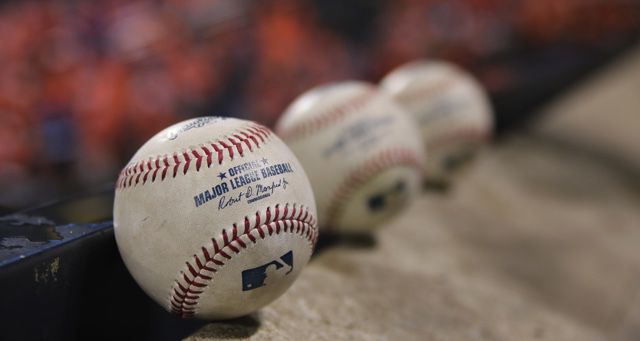 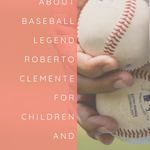 Baseball is a team sport, commonly called “America’s national pastime.” It was allegedly created more than 100 years ago by Abner Doubleday in Cooperstown, New York. This small town in the Empire State is home to the Baseball Hall of Fame Museum, a place dedicated to the best that ever played.

Among the Hall of Fame members is Puerto Rican baseball player Roberto Clemente—the first Latino player inducted. He was a great athlete, and also a humanitarian; his untimely death was the result of a plane crash, when Clemente was trying to bring aid to Nicaragua after an earthquake.

“Any time you have an opportunity to make a difference in this world and you don’t, then you are wasting your time on Earth,” he said.

Since 1971, Major League Baseball has given out an annual award in Clemente’s name to one major leaguer, recognizing his community service. Check out the names of all of the Roberto Clemente Award winners here.

Clemente continues to be an icon for baseball players and fans—especially for Latinxs and Latin Americans. Readers of all ages can learn about his story, his achievements, and role model status through books, including these: 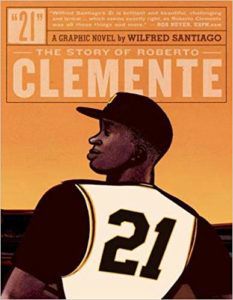 21: The Story of Roberto Clemente by Wilfred Santiago

Check out information on Clemente’s life starting with his younger years, and covering his impressive playing years in Major League Baseball. Also written about in this graphic novel are Clemente’s contributions outside of baseball. Readers that love images and/or illustrations can enjoy this book, which includes cartoon-like drawings. 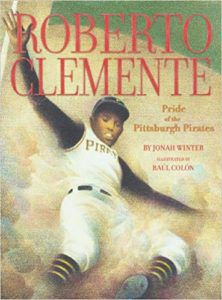 Roberto Clemente: Pride of the Pittsburgh Pirates by Jonah Winter and Raul Colon

Clemente’s childhood and Hall of Fame baseball career—which includes 3,000 hits—are also covered in this book for young readers. It’s important to note that this read also discusses the humanitarian efforts that made Clemente a hero off of the baseball diamond. The two-time World Series Champion is not only the “Pride of Pittsburgh,” he’s the pride of Puerto Rico too. 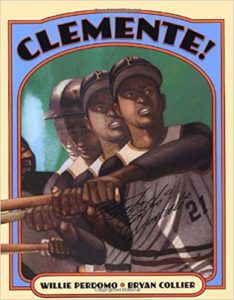 A boy named Clemente learns about the baseball great that he was named after, in this story. His father is a big fan of the star, as are other family members. The book features some words in Spanish included with the text that is mostly English; it’s an easy read for bilingual and English-dominant readers, with accompanying art. 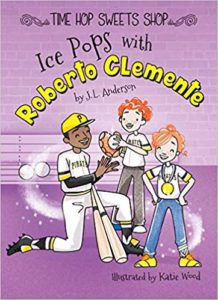 by J.L. Anderson and Katie Wood

Main characters Fiona and Finley meet Roberto Clemente by traveling back in time and learn all about him, according to the book description. This read also has an educational component, since it “includes comprehension questions, a writing prompt, and other resources.”

If you’re wondering what an “ice pop” is, you’re not alone. The tasty frozen treat is also called a “popsicle,” or “ice lolly pop” in English. 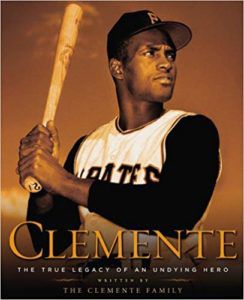 Clemente: The True Legacy of an Undying Hero by the Clemente Family

Read about the baseball legend through the eyes of his own family. The story is told by his widow, Vera Clemente, and their three sons. According to the book description on Amazon: “Featuring an extensive array of rare and never-before-seen photos of Clemente on the field and off, this powerful memoir tells his inspiring story from the voices of those who knew him best.” 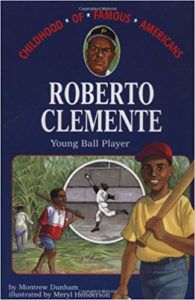 by Montrew Dunham and Meryl Henderson

The story spans Clemente’s childhood to his Hall of Fame induction in 1973, and includes full-page illustrations. A glossary is available for readers that explains baseball terms, which could help those new to baseball. This book is part of the Childhood of Famous Americans series; it features other notable people and baseball legends like Babe Ruth and Lou Gehrig.

I am Roberto Clemente 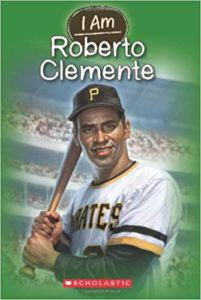 Part of the I Am series, this books covers Clemente’s life from his youth in Puerto Rico to his legacy after passing away. Inside are illustrations, a time line of events, and introductions to people that were an important part of Clemente’s life. There are also two lists of things to know about Roberto Clemente, which may serve as a useful summary for some readers.

Spanish-language readers can also learn about Clemente, since the book is s also available in Spanish. The title is Soy Roberto Clemente by the same author with illustrator Ute Simon.