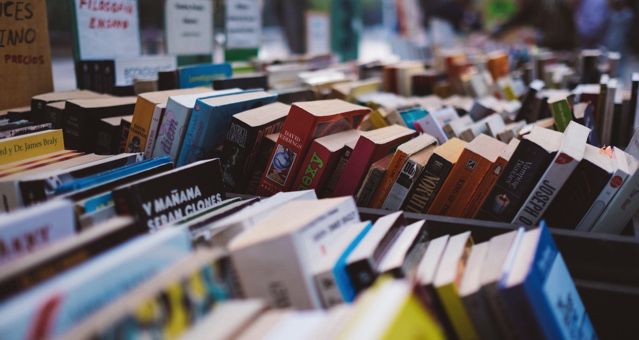 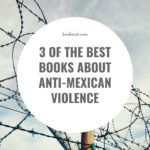 Did you know that from 1910–1920, ethnic Mexicans living along the Texas-Mexico border were targets of state-sanctioned violence? Violence against Mexicans didn’t only occur for those ten years, however. Historically, Mexicans along the border were systematically murdered by Texas Rangers, U.S. soldiers, and other state law enforcement agencies as early as the late 19th century. Texas Ranger Captain J.M. Fox put it neatly enough: “We got another Mexican, but he’s dead.”

But this forgotten and omitted violent history has come to light within the last few years with educational non-profits like Refusing to Forget paving the way. “Although historians estimate that several thousand Mexican Nationals and Mexican American citizens were killed, this period of violence has received little public attention.” But Latinos can no longer stay silent. This violent history deserves to be researched and put out there for the world to see and acknowledge.

What is also important to note is the dearth of books and scholarship on this subject by women; particularly women of color. It could be argued that this scholarship and research is barely rising to the top, but this also points to the publishing industry and their inability to ensure that more books by women and people of color are published. Recently, “Lee & Low Books released the results of its updated survey on diversity in the publishing industry. Diversity Baseline Survey (DBS) 2.0 is a continuation of the publisher’s 2015 DBS. Given the sample size difference, the 3 percent change in White employees does not meet the bar for statistically significant change, according to the Lee & Low post analyzing the survey results. There is no discernible change to any of the other racial categories. In other words, the field is just as White today as it was four years ago. As these Lee & Low graphics show, the decision-makers in the publishing world and everyone involved in creating the books—and those who critique them—are still predominantly white.”

But the limited scholarship available is absolutely amazing. In no particular order, here are some great books that highlight this deadly history: 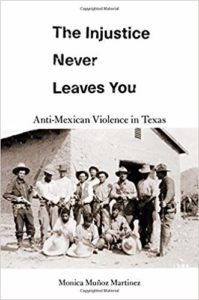 The Injustice Never Leaves You: Anti-Mexican Violence in Texas by Monica Munoz Martinez

Monica Munoz Martinez is Stanley J. Bernstein Assistant Professor of American Studies and Ethnic Studies at Brown University and an Andrew Carnegie Fellow. She is co-founder of the non-profit organization Refusing to Forget, which calls for a public reckoning with racial violence in Texas. Martinez helped develop an award-winning exhibit on racial terror in the early 20th century for the Bullock Texas State History Museum and worked to secure four state historical markers along the U.S.-Mexico border. She is an all-around badass! Her book The Injustice Never Leaves You is a groundbreaking book that sheds light on the anti-Mexican violence along the Texas-Mexico border in the early part of the 20th century. Martinez reconstructs this history from institutional and private archives and oral histories, to show how the horror of anti-Mexican violence lingered within communities for generations, compounding injustice by inflicting further pain and loss. No longer can the history of murder at the hands of the Texas Rangers and other law enforcement agencies be hidden. This book will prove to be the preeminent book that all others will consult when researching this period of history. Martinez’s scholarship is truly unparalleled. This one is an absolute must-read. 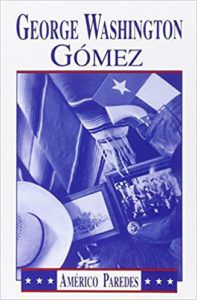 If you have no idea who Américo Paredes is, then let me educate you real quick. Paredes is recognized as one of the seminal Mexican American scholars of the 20th century. He spent most of his academic career at the University of Texas at Austin. In 1967 he helped found the Center for Intercultural Studies of Folklore and Ethnomusicology there. During the 1960s he also fought determinedly for creation of a Mexican American studies program in spite of discouraging anti-Mexican attitudes within the university. George Washington Gomez is a book that will truly blow your mind. What many people fail to acknowledge is that the Anglo-American migration of Deep South Texas, particularly in the Rio Grande Valley, severely affected Texas Mexicans, as they are described in the book. The novel is set to the background of the struggles by Texas Mexicans to preserve their property, culture, and identity. One famous line in the book goes: “Their country! There you are. Their filthy lies are all over you already. I was born here. My father was born here and so was my grandfather and his father before him. And then they come, they come and take it, steal it and call it theirs.” The abuses of Texas Rangers take center stage in this historical fiction novel. Paredes used oral histories from those whose families suffered the wrath of Texas Rangers violence to write this book. This one is another must-read. 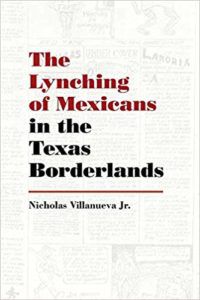 The Lynching of Mexicans in the Texas Borderlands by Nicholas Villanueva Jr.

Nicholas Villanueva is Director of Critical Sports Studies and Assistant Professor of Ethnic Studies at the University of Colorado at Boulder, where he also has affiliation with the Center for the American West and Latin American Studies. His first book, The Lynching of Mexicans in the Texas Borderlands, examines the increase in Mexican lynching during the first ten years of the Mexican Revolution, 1910–1920. This work contributes to the historical work on lynching, global perspectives of violence, and borderland studies by differentiating between the lynching of African Americans and the borderland lynching of ethnic Mexicans. This book argues that ethnic and racial tension brought on by the fighting in the borderland made Anglo-Texans feel justified in their violent actions against Mexicans. They were able to use the legal system to their advantage, and their actions often went unpunished. This book is an excellent examination of extreme violence Mexicans experienced along the Texas-Mexico border. Again, this is another must-read.

It’s about time this violent anti-Mexican history is fully explored and shared with the world. I hope that you enjoy these book recommendations and I hope you are curious enough to do some research for yourself. As always, happy reading!