I am going to be upfront and say that I could not have even started writing this list on my own. I knew I wanted to do something with musicians, but I had no practical knowledge in that area. I consulted a few friends, and it is from them that list was born.

Probably the most recent of the musician-novelist cross-overs, Ritter hit the literary scene with his novel Bright’s Passage last year. His skill as a songwriter had already earned him a spot on Paste Magazine’s list of the 100 Best Living Songwriters when the novel was released. It was that skill that attracted the attention of high-profile fans, including Rosanne Cash and Stephen King. It was that same skill that made King hesitant to read the novel, “the ability to write narrative songs doesn’t always translate into the ability to write prose, any more than the ability to write good prose translates into the ability to write good verse.” King was pleased with what he read, however, complimenting Ritter’s “tight lyricism” and “tasty language.” Reader’s can get a taste of the first chapter as read by a variety of famous faces at EW’s Shelf-Life. 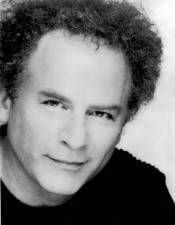 The man is a keeper of lists, the most notable of which is the list of every book he has read since 1968. It can be found on his personal website, along with a comprehensive timeline, a collection of his writings, and information about his music career. In the “library” section of the site, the lists are collected by decade, and organized by year. Each list has the month and year in which the book was read, the author, the title, the date of publication, and the number of pages (when available). Not only is the list well-organized, it is kept pretty current, too. The latest entries are from March of this year, when he read Full Service by Scotty Bowers. He even has a list of his all-time favorites, including The Confessions, The Art of Loving, In Search of the Miraculous, and War and Peace. 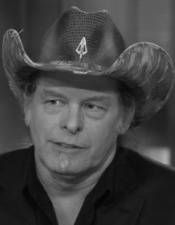 He has been in the news most recently for his political views, but Nugent has established himself not only as one of the best guitar players in the business, but as an actor, TV personality, and author.  He has written several books about his many passions, as summed up in the title of his 2000 release God, Guns, & Rock and Roll. While his views are not shared by everyone, his books do seem to appeal to a large audience, earning him a spot on the New York Times Bestseller list. He has also written about two books about bow-hunting, a wild-game cookbook, and a politically charged title called Ted, White, and Blue: The Nugent Manifesto. Nugent has a sense of humor, too. On an episode of The Simpsons titled “I Don’t Want to Know Why the Caged Bird Sings,” his recorded voice says “If we outlaw crossbows in our public schools, who’s going to protect our children from charging elk?” 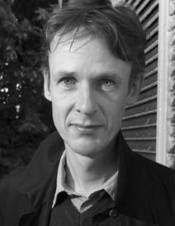 Bostridge may not be the most familiar face to the average music lover, but he is quite well-known in the opera world. He is an English tenor, noted for his “delicately expressive ability to inhabit character and emotion.” He did not arrive on the opera scene until his late 20s, after spending several years in academia. He holds a PhD and focused his studies on 17th and 18th century witchcraft (the monograph of his dissertation is available for purchase). More recently, however, he put his carefully honed writing skills to use for a collection of lectures, essays, and book reviews called A Singer’s Notebook. As he explained to The Guardian, “I got the idea from Martin Amis’s collected essays in which he did the same thing – and clearly I’ve had a long-term obsession in trying to make sense of going from one activity to another and how they join up.” It is a subject that readers find fascinating, too. Amazon is out of stock. 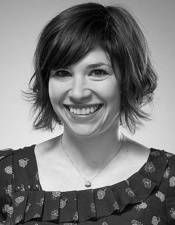 These days, she is most-commonly associated with the various parts she plays on the sketch comedy show Portlandia, in which she and partner Fred Armisen tell Portland that to make something into a work of art, they only have to put a bird on it. When she is not in front of the camera, though, she is a guitar player, currently for the band Wild Flag.When her first band, Sleater-Kinney, broke up, she started writing. She has written high-profile interviews for The Believer, video game reviews for Slate, and the very popular (though now “concluded”) Monitor Mix blog for NPR Music. For the last couple of years, Brownstein has been working on a book called The Sound of Where You Are, which chronicles the changing way in which fans interact with the music and artists that they love. There is talk of a memoir in the works, too, but no title or release date (for either book) is available as of yet.