Riot Headline Romance Writers of America Awards Book with Genocidal “Hero”
This content contains affiliate links. When you buy through these links, we may earn an affiliate commission.
Zikora by Chimamanda Ngozi Adichie. 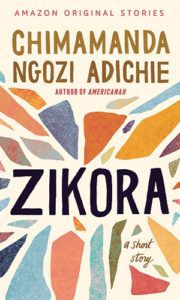 Today's edition of Daily Deals is sponsored by Zikora by Chimamanda Ngozi Adichie.

Clown in a Cornfield by Adam Cesare for $1.99