This content contains affiliate links. When you buy through these links, we may earn an affiliate commission.
Simon & Schuster Publishing 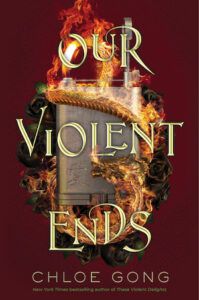 $1.99 An Unexpected Peril by Deanna Raybourn
Get This Deal
$2.99 Hidden Valley Road: Inside the Mind of an American Family by Robert Kolker
Get This Deal

Her Body and Other Parties by Carmen Maria Machado for $2.99