This content contains affiliate links. When you buy through these links, we may earn an affiliate commission.
Hunted by the Sky by Tanaz Bhathena, with Fierce Reads 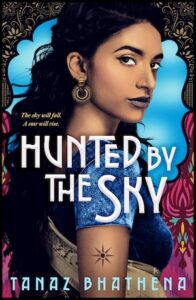 Today's edition of Daily Deals is sponsored by Hunted by the Sky by Tanaz Bhathena, with Fierce Reads

$2.99 The Left Hand of Darkness - 50th Anniversary Edition by Ursula K. Le Guin
Get This Deal
$2.99 The Bookshop on the Shore by Jenny Colgan
Get This Deal