This content contains affiliate links. When you buy through these links, we may earn an affiliate commission.
Displacement by Kiku Hughes with First Second 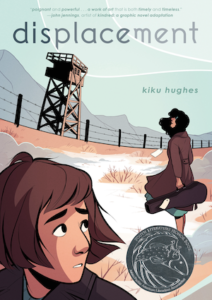 This edition of Daily Deals is sponsored by Displacement by Kiku Hughes with First Second.

$1.99 The Wolf and the Watchman by Niklas Natt och Dag
Get This Deal
$2.99 Uncommon Type by Tom Hanks
Get This Deal