This content contains affiliate links. When you buy through these links, we may earn an affiliate commission.
The Midnight Lie by Marie Rutkoski with Fierce Reads. 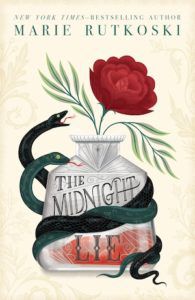 Today's edition of Daily Deals is sponsored by The Midnight Lie by Marie Rutkoski with Fierce Reads.

$1.99 Speaking of Summer by Kalisha Buckhanon
Get This Deal
$2.99 Slaughterhouse-Five by Kurt Vonnegut
Get This Deal