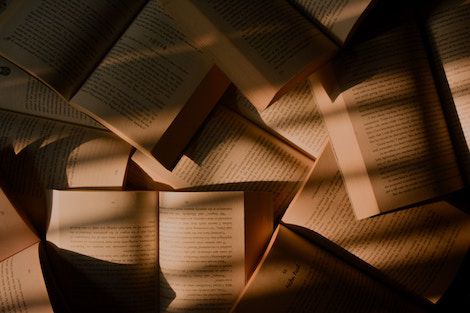 When I was a child, I loved series. From classic Harry Potter to lesser known but still greats His Dark Materials, Alex Rider, and Inkheart. I adored long stories where I could stay with the characters I loved for long periods of time, watching them and their relationships grow.

Nowadays, it takes a near perfect story to make me finish a series. See: the Binti trilogy, the Red Rising trilogy (at least I thought it was a trilogy but now it’s a quintet apparently?), and the Old Man’s War series. While lamenting one day how I couldn’t read as many series as I used to…it hit me. I read all of the ones above (and indeed all the other series I have finished as an adult) after all the books had already come out. There was no yearlong wait between installments.

In contrast, let’s look at John Scalzi’s Interdependency series. I first read The Collapsing Empire a week after it came out and I was enthralled. Sure, I was that I had to wait a while for book two, but I loved it so much I was willing to wait. When The Consuming Fire came out this October, I eagerly borrowed the book from the library, opened the first page, and—I had forgotten everything. It had been more than a year since the first book. I barely even remembered the character’s names, let alone any intricacies of the plot.

The book sat, unfinished, and eventually went back to the library.

This happens a lot with me, and I’m sure it does with others as well. By the time the next book in the series comes out, you might as well reread the first to remember it, and so on and so forth until it only becomes realistic to wait until the entire series has ended to start at all. So people might wait years to buy the sequel or the third novel. To the publisher, this just reads as lack of interest. But my problem is not lack of interest, but lack of memory and time. As a full-time college student, I don’t have time to reread the previous books in a series every time the next one comes out.

So, here is my free idea to publishers that would save them tons of money. (You’re welcome.) And, it’ll let me actual finish series again.

Put a recap chapter in the beginning of each installment in a series.

There you go, publishers. Ka-ching.

But seriously, I think this would do wonders for readers like me. Keep in mind there are already amazing unofficial recap websites like Book Recap Series and Recaptains, of course. But we can’t expect these people to get to every series, for free, like they already do with plenty.

If book recaps became an industry standard, however, this wouldn’t be a problem. Every indie science fiction series to big name trilogy to Game of Thrones installment would have them. Ah. A bookworm can only dream.