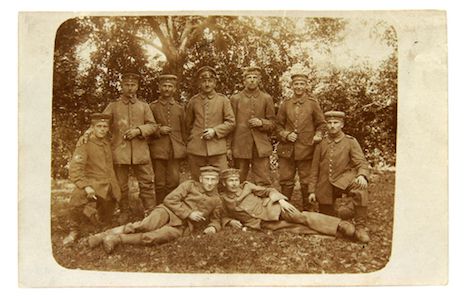 Have you ever considered what the best books about World War I are? Much has been written and researched about war (specifically World War II as it devoured most of the Eastern Hemisphere during the 1930s and 1940s), but the war that has often been overlooked and overshadowed is World War I. I believe it is safe to say it has mostly been overlooked in the United States because although the war was fought from 1914–1918, the U.S. did not get into the fight until 1917, having remained neutral for the first three years. It’s quite a shame that most Americans will only be subjected to a cursory examination of a war that was so deadly and historical. It is also a travesty that there is a lack of World War I books written by women or authors of color. It is well-documented that at least 380,000 African American soldiers served during The Great War. Are their stories insignificant or have they simply been neglected due to the history of racism that persists in our country?

And did you know that some of the greatest literature from that time period was written in the muck and death of the trenches? Soldiers who remained static for long stretches penned their experiences, and born were some of the greatest military history books that have been neglected for far too long. Here are my recommendations for great World War I books. 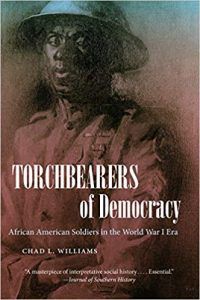 Torchbearers of Democracy: African American Soldiers in the World War I Era by Chad L. Williams

Racism and segregation ran rampant across the United States during the 20th century. There is no denying that. So it is no surprise that the contributions and sacrifices of African American soldiers during World War I have often been overlooked and overshadowed. Torchbearers of Democracy does much to highlight the amazing contributions of African American soldiers during The Great War. The soldiers were ready to fight the enemy and dig deep into the trenches right away; however, the African American troops were ordered to unload supply ships at the docks for their first months in France. This was an initial disappointment, but eventually the men would see some serious combat. Around 380,000 African American soldiers served during World War I, but much of their history has never been told. Chad Williams, Associate Professor and Chair of the Department of African and Afro-American Studies at Brandeis University, tells the incredible true story of how these men fought for their country abroad while fighting for their own freedom at home. This book is a great one that deserves to be read. 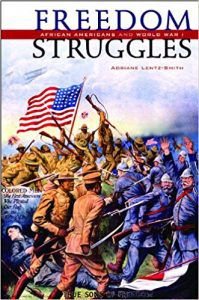 This is another great book written by Adriane Lentz-Smith, Associate Professor of History from Duke university. It examines the fight African American soldiers faced not only in Europe during the war, but the fight they faced back home. Lentz-Smith does an immaculate job of highlighting how World War I mobilized an entire generation. African American soldiers returned home with a sense of deep pride and honor after having fought in France. They bled and died for their country, but there was still much fighting left for them back home. Battling Jim Crow meant joining activists to imagine a world beyond racism and hatred. This book is truly one of a kind. If you think of wars as being fought only by white men, think again. This one is an eye opener. 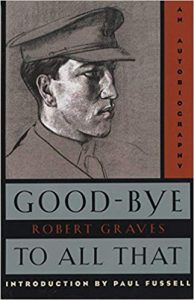 Good-Bye to All That: An Autobiography by Robert Graves

Robert Graves entered World War I as a 21-year-old captain in the Royal Welsh Fusiliers. He fought in the Battle of Loos and was injured in the Somme offensive in 1916, but his experiences of war, deep in the trenches, changed him forever. Good-Bye to All That is an ode to all the men who sacrificed not only their lives, but their innocence. In this book, Graves bids farewell to a way of life for the millions who suffered during the First World War. Graves and others who experienced the war firsthand could never go back to living a life of equanimity. This is a top-of-the-line read that I highly recommend. It is a palpable account of the war that deserves to be considered—and has been for some time—one of the greatest war books ever written. 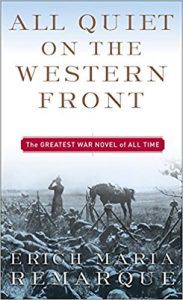 Many people almost never consider the perspective of those who fought for the enemy. This is unfortunate because in many ways, their perspective is as important as the perspective of those who fought on the side of greater good. How else can we truly understand the ideology of the enemy if we don’t consider their plight? Not every soldier who fought with the enemy, in this case the German Army, was the embodiment of pure evil. Remarque was drafted into the German army at the age of 18. He fought on the Western Front during World War I and was wounded no fewer than five times, the last time seriously. Remarque used his experiences of the war to write All Quiet on the Western Front, a story of the experiences of German soldiers during the war. What is interesting about this book is that Remarque made the characters in his book compassionate individuals who vow to fight against the principles of hate that meaninglessly pits young men of the same generation, but different uniforms, against each other. This book made Remarque an enemy of the Nazis, who burned many of his works. This book is one of my favorites. 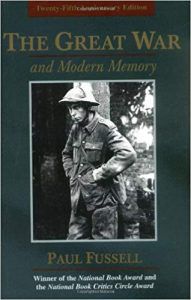 The Great War and Modern Memory by Paul Fussell

Paul Fussell was a soldier who fought during the Second World War but he was so scarred by his experiences in France in 1945 that he sought to demystify the romanticism of battle, beginning with his literary study of the Great War. The Great War and Modern Memory was a massive achievement and was named as one of the 20th century’s 100 best nonfiction books. In this book, Fussell examines some of the greatest World War I literature written by Siegfried Sassoon, Robert Graves, Edmund Blunden, David Jones, Isaac Rosenberg, and Wilfred Owen, and supplies context, both actual and literary, for those writers who most effectively memorialized WWI as an historical experience with conspicuous imaginative and artistic meaning. Fussell illuminates a war that changed a generation and revolutionized the way we see the world. Just like the other books I have already mentioned, this one describes in detail how innocence during the war was forever lost. 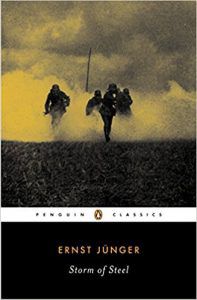 Storm of Steel by Ernst Junger

Ernst Junger was a loved and hated German author who was regarded as one of the most complex and contradictory figures in 20th-century German literature. Despite how people personally felt about Junger, there is no denying that Storm of Steel is still viewed as one of the best accounts ever written of the fighting in World War I. The book highlights the horrors of war while examining the fascination of the war in its totality. This is another remarkable account of a German soldier who fought against what he assumed was the oppressor. As I mentioned earlier, it is always important to understand war, and the nature of war, from the perspectives of good and bad. Storm of Steel was a worldwide bestseller and a book that, in my opinion, is still as relevant today as it was almost one hundred years ago.

I hope you enjoy these recommendations. Take time to learn more about World War I and how it defined history for an entire generation. Innocence was forever lost during those years and had many soldiers uttering the same words that Robert Graves did: Good-Bye to All That. Lest we forget.