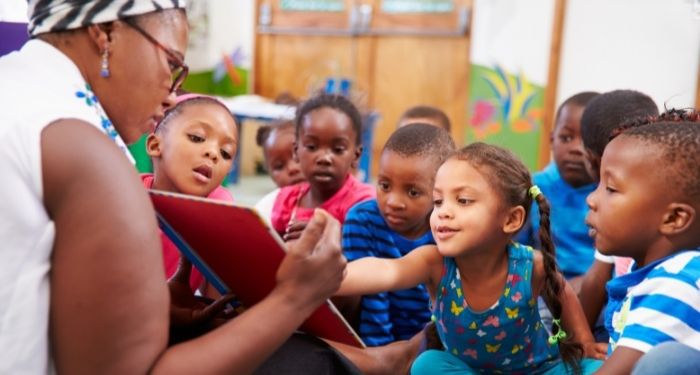 The news of “challenging” books has been sweeping the country lately. It has also been covered across most, if not all, media outlets. The main reasoning behind this has been the idea of “thinking about the children and what’s best for them.”

To that I say, with my loudest voice and every inch of my chest, the following:

If you’re a person who’s actively trying to ban books, you’re probably a not-great parent. At the very least, you’re inattentive as hell.

And I can back that statement up.

But first, a little background as to how I first became aware of the act of trying to ban books.

The first time I heard about the concept of banning books was due to the Baby-Sitter’s Club. Specifically Mary Anne and the Library Mystery, where fires kept being set in the library. Of course, the girls were determined to find out why and quickly set out to solve the mystery. It ended up being a group of people who wanted certain books off the shelves and decided that burning them was the best way.

I remember reading the author’s note at the back about people who wanted to ban books. That concept didn’t make sense to me, and I remember asking my dad about it. And while I can’t remember what he said verbatim, it equated to, “Some people always have and always will want to tell others how to live.”

Younger me was indignant as all get out. I wrote to the ALA and requested more information on it. I received a thick pamphlet of books that had been challenged and the why, along with ways to help. Now, bear in mind this was roughly 1993 or 1994. But even then reading about some of the reasons were mind-boggling and bluntly put stupid. In the Night Kitchen is always a popular one because the little boy is naked throughout the children’s book.

Another one, funnily enough, was The Lion, the Witch, and the Wardrobe, because of the talking animals. Even more hilarious to me is that a lot of Christian groups were behind the book banning. While I may not have fully grasped what Narnia stood for as a child, I sure as heck do now. So, Present Me always arches an eyebrow like, “You realize it’s a Christian allegory, right? Lewis was actively trying to recruit people for your team.”

That’s a different story altogether though.

Either way, this is something that has never sat right with me even back before I was a teenager.

So moving to the current time and climate of banning books, one thing is abundantly clear. There is an agenda being pushed here, as all the books being challenged and pulled off the shelves are written by BIPOC authors and/or members of the LGBTIA+ community. The main characters also check these boxes. So, only books that feature “others” are being considered a “danger” to the children.

That mindset negates the fact that this is arguably the best time to be a young reader because there is so much diversity out there. Almost every child can see themselves in a book, and that is not something that has always been the case. As voracious of a reader as I was, I never really saw myself in any of the books I read growing up. Sure there were characteristics I shared. But nothing that made me go, “Wow…it’s me in book form.”

As a matter of fact, the first time I saw someone who closely resembles me at that age was in Happily Ever Afters by Elise Bryant. This book was published in 2021. I was born in the 1980s. So, you do the math on that.

It will always equate to a damn shame.

It’s also very telling that most of the books in question predominantly feature children of color or in the LGBTQ community. As far as I know, none of the “challenged” books are by or about straight, white, cisgender people. These books really highlight that the white heteronormative lifestyle is the default setting and/or majority. As most of these protestors fit that description, it seems that they’re scared of being a minority.

Gee, I wonder why.

These actions are an attempt to fight back against it because they’re worried about being erased. Let’s be clear though: it never was the default and it never will be default.

The intolerance is very apparent.

A lot of the pushback on these books are along the lines of “Well, I don’t want my child reading those types of books.” And you know what, up to a point, that’s fair. Before a certain age, you do have the right to choose what your child can and can’t read and you can have that conversation with them.

Fair warning, though; as someone who still snuck and read romances when her father forbade her from doing it, all you’re going to do is make it more enticing to them. Books like New Kid and All Boys Aren’t Blue may have never even entered your child’s radar until you started your campaign.

You also have the right to ask for an alternative if there is assigned reading in your child’s class. If you don’t want them reading a specific book for whatever reason, you can opt out. I know this because I have had to sign permission slips for my son to watch specific movies in his Social Skills class. The option is there.

What you absolutely and utterly do not have the right to do is tell another parent what their child can and can’t read. To do that is taking away someone else’s parental rights. And that is a huge problem because then you’re overstepping the same boundaries you say you want respected.

I’m not saying that books like Ice Planet Barbarians or any of Zane’s erotica should be available in middle school or even high school. There is such a thing as recommended reading ages, and I’m all for that. Even if a child reads above their respective grade level, there should still be some parameters in place. Again, that is speaking as someone who snuck books behind her dad’s back.

If you do not want your child to read a certain book that is fine. You need to have that conversation with them. But explain why. Be as thorough as you can for wanting them to hold off on a certain age until they read it. My dad never explained why he didn’t want me to read romances. Honestly, I feel like he only did it because his girlfriend showed him a scene and made him feel like he had to stop me from reading it.

As the parent you should know your child better than others. This includes their cognitive reasoning and their ability to understand and process what media they’re consuming. If you don’t think they’re ready for a specific topic you can tell them that they can’t read that book. I’ll even say if you don’t want to talk about the subject matter with them, for whatever reason, then yes, it’s your parental right.

What is upsetting me the most is that most of these people are wanting to ban these books without even knowing what they’re really about. They’re just jumping on the Indignation Choo-Choo Train, and wanting to take it away from everyone else because they don’t want their own child consuming it. But they haven’t read any of the books.

And just to get it out there, any protests of a book containing a graphic sex scene are ignored by me. No one has been able to name the book(s) in question. That’s also completely ignoring the fact that many high schoolers have probably experimented in some type of sexual activity.

If you’re that worried about it, read the book first and then make the choice. It could even open up another way of communicating with your child if you do. If I had a voracious reader, I would definitely do this just to make sure that it was something he would understand. And if there was a scene that would prompt questions or the need for a discussion, I would tab it and tell him to come to me with any questions when he got there.

I can hear the protests of “Well I don’t have time for that.” Here is where we circle back to my earlier opening statement. If this is your mindset, then you’re likely a not great and inattentive parent.

To me, these parents want to have this blanket banning of books to avoid having an uncomfortable discussion with their child. Whether it’s about their emerging sexuality or the racism that is still very prevalent in our world, they would rather take the ostrich approach and ignore it altogether.

Following that myopic logic, to people like this, the best thing to do is to just remove them completely. That way they don’t have to have the discussion they’re trying to dodge like bullets from The Matrix, or field questions as to why their friends can read a book but they can’t. To them, it’s win/win.

Not only is that lazy, it’s wrong. You don’t get to tell someone what they can and can’t allow their child to read. That is not your choice as an outsider to that family unit. Part of being a parent is setting parameters and having to stick to them. It’s not the most glamorous part of parenthood but it’s there. Parenthood is difficult.

Parenthood includes a lot of unpleasant situations. It includes having discussions about why you don’t want your child to read a specific book. If the reason you give ends up making you look homophobic or racist well frankly that’s a you problem. And that’s something that you should unpack on your own rather than force the world at large to deal with it.

Would you likely be having a a difficult conversation with your child after they read Ruby Bridges Goes to School: My True Story in school? Yes, but it’s a conversation that needs to be had. If we want to avoid repeating past mistakes, we need to first acknowledge them.

As your child’s parent, at the end of the day you have the right to monitor what type of media they consume. You can set those rules out for them and let them know which are off limits. Do I think this is a long drawn out way to avoid having necessary conversations with your child? You bet I do. But, it’s your choice to do make.

Why? Because your child is not my child.

Will some people judge you? Likely yes but people judge you from the moment you become a parent, from what you choose to name them to whether or not your bottle feed. At the end of the day, if you make a parental stance, then stand on that hill and be willing to die on it.

Do not overstep your boundaries and force it on other parents. Do not impose your restrictions and rules on other adults and tell them what they should allow with their own child. Because that is the hill that I will die on and I will fight you every step of the way.