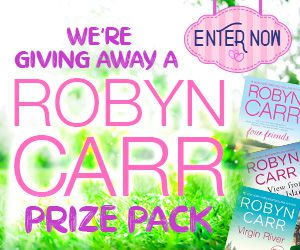 We’re teaming up with Harlequin.com to give away a prize pack which includes the following Robyn Carr titles: Four Friends, The Life She Wants, The Summer That Made Us, The View from Alameda Island, and Virgin River. Enter now! 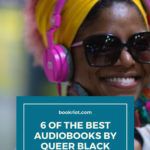 Happy Pride Month! It’s important to remember that LGBTQ+ rights started primarily with the advocacy of people of color, especially members of the Black community. So let’s celebrate and uplift Black, queer voices by supporting their work! And remember: you can also support Black-owned indie bookstores by shopping for all your favorite audiobooks with Libro.fm. 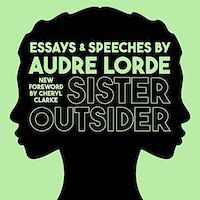 Who better to start with than Audre Lorde’s Sister Outsider? In this modern classic, Lorde examines her life as a queer Black woman and pulls out universal truths for every reader to learn. Essay after essay is a home run, tackling topics like parenting as a queer person, intersectional feminism, and the importance of supporting minority women writers. I followed along with the audio, underlining half the book (at least it seemed like it). And of course, Robin Eller’s narration clearly communicates Lorde’s ideas. 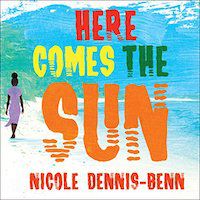 Many of you may have already heard of Nicole Dennis-Benn’s Lambda Award-winning novel Patsy. But her debut novel Here Comes the Sun is just as worthy of your attention. Margot works at an opulent resort to send her younger sister, Thandi, to a good school. To Margot, Thandi never seems to appreciate her sacrifices, but she continues to hope for a better life for her sister. Audiobook veteran Bahni Turpin performs the book beautifully, making each character come to life as only she can. 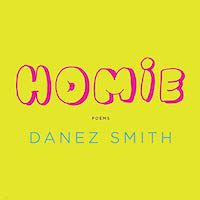 Homie by Danez Smith, Narrated by the Author

Following up their National Book Award Finalist collection Don’t Call Us Dead, Danez Smith is back with Homie. There’s nothing like listening to them perform their poetry. Smith communicates so much emotion in their narration, each word carrying the weight of paragraphs. The poems often focus on their love for the Black community and friendships between Black people. After listening to their poetry, I can’t imagine experiencing their poetry any other way. 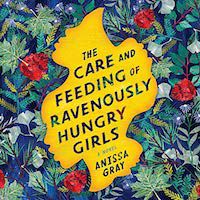 In The Care and Feeding of Ravenously Hungry Girls, three sisters are compelled to come to terms with their family’s past. When the oldest sister, Althea, is arrested, younger sisters Viola and Lillian are forced to realize that their older sister may not be as perfect as she seemed. The novel jumps from one character’s perspective to another, and the full cast audio creates unique voices for each character, making the audiobook easy to follow and an incredible listening experience all around. 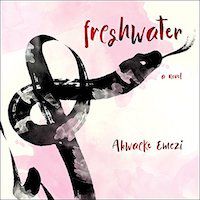 Freshwater by Akwaeke Emezi, Narrated by the Author

In their stunning debut, Nigerian writer Akwaeke Emezi tells the story of Ada, a young girl who discovers that she has multiple selves within her. As the different identities within her begin to take control, she fears she will lose her own sense of self, that her own well-being is in danger. But slowly, she learns that her identity is more complex and vibrant than she was told was possible. Emezi narrates the audiobook beautifully. 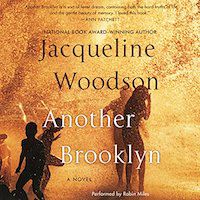 Another Brooklyn by Jacqueline Woodson, Narrated by Robin Miles

There are few things better than listening to one of my favorite narrators read one of my favorite authors. In Another Brooklyn, Jacqueline Woodson tells the story of a young girl coming of age in Brooklyn, New York. Woodson’s prose looks back, portraying a version of Brooklyn that now only exists in the past. Nostalgic and achingly beautiful, the audiobook of Another Brooklyn is a truly one-of-a-kind listening experience.