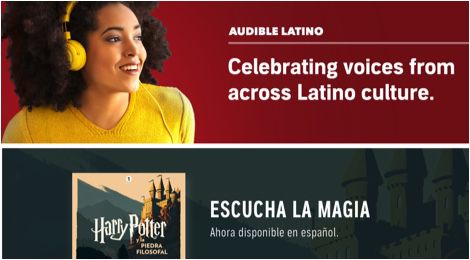 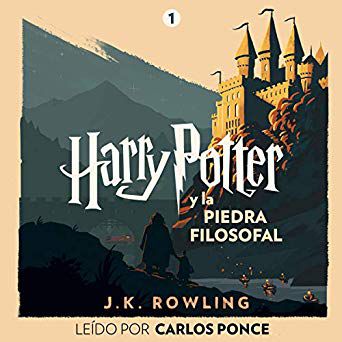 Audible has announced the creation of a dedicated space for Spanish-language audiobooks and entertainment. In addition to the announcement that Harry Potter and the Sorcerer’s Stone would be available as a Spanish-language digital audiobook for the first time, as Harry Potter y la Piedra Filosofal performed by Puerto Rican actor Carlos Ponce, Audible has announced five additional titles that will form the first offering of Audible Latino.

Audible Latino will be “an integrated, multicultural destination offering U.S. Hispanic customers a robust catalog of Spanish-language and culturally relevant English-language spoken-word content on audible.com.” While Audible already offers audio content in Spanish, as well as several other languages including Italian, Chinese, German, French, and Portuguese, Audible Latino will be a dedicated destination, with exclusive content created for the platform. Initial offerings include:

“Audible Latino titles serve to inspire, educate, and entertain ALL audiences interested in exploring Latinx voices and culture, as well as those interested in learning English or Spanish via our language learning collection.”