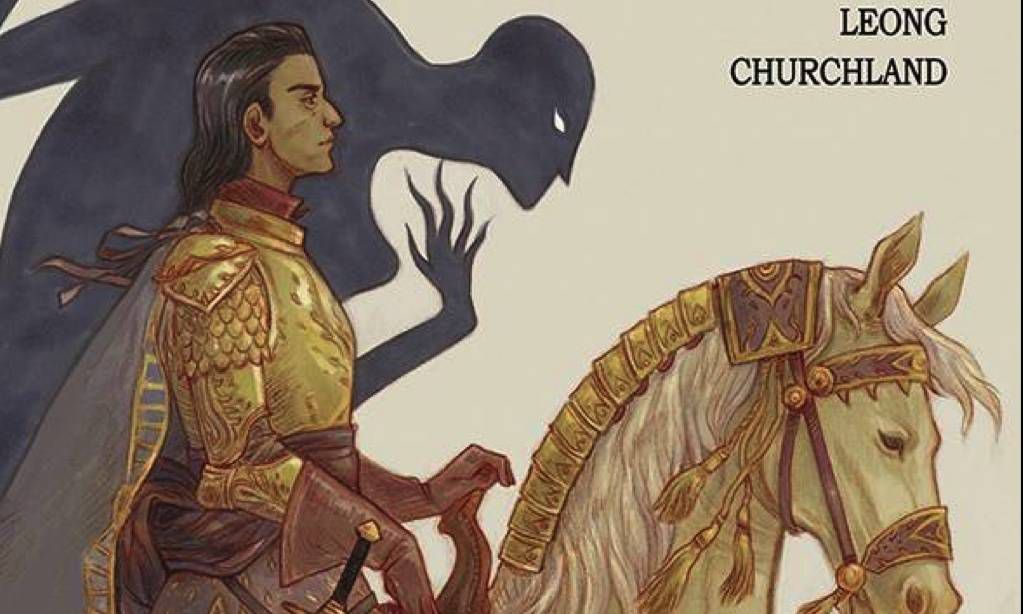 Let’s start with the obvious: From Under Mountains is gorgeous. I mean, it will take your socks, attach them to a small bottle rocket, and send them into space. It’s that beautiful. But once you get beyond that, this comic contains within it a story both intricate and sad, and the makings of what could be a really fantastic series.

Here’s another awesome thing about this comic: the creative team is almost entirely relatively unknown women! The art and colors are done by Sloane Leong, who has drawn several indie comics available here and makes this awesome Tumblr about a character she calls a “sci-fi magical girl.” The story was co-written by Marion Churchland and Claire Gibson. You might recognize Churchland from her work on 8House: Arclight and Beast, but this is Gibson’s first comic from a major publisher, and it’s all very exciting.

Although this isn’t technically one of Brandon Graham’s 8House comics (at least, it doesn’t say 8House anywhere on the issue itself), the style is the same, and it takes place in the same world. Furthermore, Graham provided an illustration on two of the pages in the issue, and Marion Churchland is involved. However, if you don’t want to get all wrapped up in the entire 8House universe (and why you would EVER not want to do that, I don’t know, but just in case), this comic can definitely function as a stand-alone.

Also, if you’re not familiar with the art of the 8House comics, let’s be real: the art is at least half of the reason why these comics are so good. The characters are beautifully and carefully designed, the setting is expertly rendered, and the colors will blow you away. They’re based in a world that resembles a medieval-era Middle East, and it’s just so great.

So, it starts off with a young girl watching a witch summon a demon out of fire and blood, so, like, right away: awesome. Then, the witch gives the demon a scary dagger and whispers something to it and sends it away, so you KNOW there’s going to be trouble there. I mean, did we not learn anything from Melisandre giving birth to a shadow creature in a cave? GoT fans, are you with me?

Anyway, we move on to meeting this upper-class-but-down-on-their-luck family with a hardened, tough-love dad, an angsty brother, and a sad, stifled sister. One of the things I love most about this comic is that it manages to introduce a fairly large cast of characters without making it seem forced: we’re 10 pages in and we’ve already met at least 5 characters with initially separate storylines that seem like they’ll be important. By the end of the comic, we meet at least two more, all from different backgrounds, but because the threads of the story are weaved so masterfully, you can almost map out the way they’ll all come together.

Unlike the 8House comics, From Under Mountains doesn’t appear to have a six-issue run – which is awesome! I’m hoping the creators will take their time letting this juicy, suspenseful story develop, because this first issue just wet my whistle for the next one, coming on October 28th. Ah, come on, time, move faster!