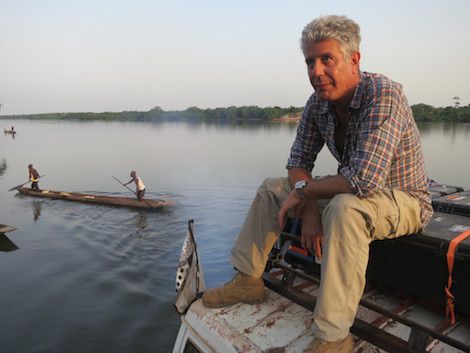 Anthony Bourdain, world traveler and chef extraordinaire, has passed away.

With TV shows like No Reservations and Parts Unknown that were equal parts literary explorations and food adventures, Anthony Bourdain spoke to the writer, reader, traveler, and foodie in all of us like no one else. He was a chef who devoured good books the way he devoured good food, dissecting the ingredients to understand what gave the text or the dish its flavor.

Even though I never met him, I found a like-minded spirit in Bourdain, because in him I recognized myself. Bourdain knew that a hole-in-the-wall restaurant in South-East Asia serves just as good a meal as—and sometimes, even better than—a high-end restaurant in Europe or the United States. I, too, have sat on a plastic chair on a sidewalk in the middle of the night, eating a meal that is out of this world delicious. And like myself, Bourdain often let literature be his guide in his travels.

This is how Anthony Bourdain ended up at the Yangambi Research Library on the Congo River. 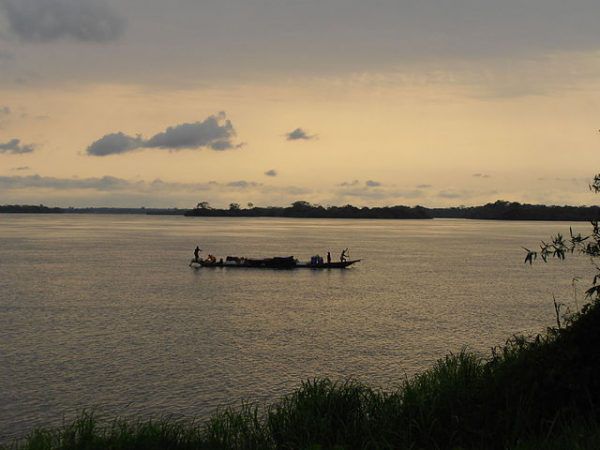 In the first season of Parts Unknown, his show on CNN, Bourdain set out to trace the footsteps of Joseph Conrad’s novella Heart of Darkness (1899) by sailing up the Congo River. Along the river, Bourdain and his crew happened upon the Yangambi Research Library.

The Yangambi Research Library belongs to the Yangambi Research Station, founded by the Belgians when Congo was a Belgian colony. Dedicated to agricultural and biological research, the research station lost most of its experts and researchers in 1960 when they fled to Rwanda and Burundi following Congo’s declaration of independence from Belgium. The research station was officially closed in 1962, and the station was abandoned.

But even though the station had closed down, a few of the staff stayed on.

When Bourdain and his crew went ashore on the riverbank of the Congo, they were greeted by a group of librarians and assistants who tirelessly come to work everyday to take care of the unique collections based on the research performed at Yangambi during the first half of the twentieth century. 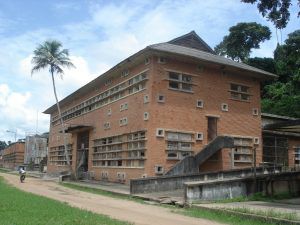 The Yangambi Research Library has no electricity to light up the bookshelves. There is no air conditioning to protect the books and papers from the humidity. Windowpanes are broken and let the rain inside. No one receives a salary. Applications for funding from the Congolese government go unanswered. And still they come into work, cataloguing and protecting what can be protected before it is completely destroyed by the elements or the civil war that is tearing the Democratic Republic of Congo apart.

If there ever were people who loved their library and the books within it, it is the people who care for the Yangambi Research Library.

Anthony Bourdain showed us the world like no one has ever done before. He did it with empathy, curiosity, open-mindedness, and charming curmudgeoness, bringing together food, people, travel adventures, and literature. We are all richer for it. I hope it brought him some happiness too.