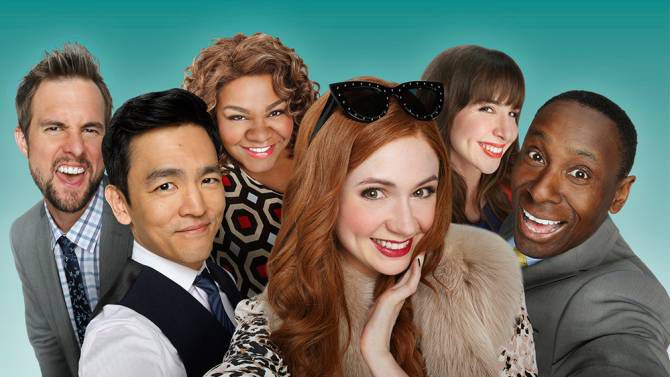 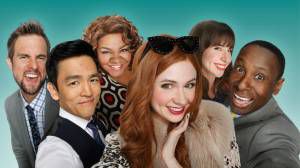 That’s right. Selfie is based on George Bernard Shaw’s play Pygmalion, from 1913.

Pygmalion is the story of phonetician Henry Higgins who, on a bet, takes on cockney flower girl Eliza Doolittle to teach her how to speak and behave properly so that she can pass as a member of high society. Comedy ensues.

The reviews of Selfie‘s pilot were critical of Pygmalion as the show’s source of inspiration. For example, Leah Schnelbach of Tor.com asked, “Do we seriously need a new version of Pygmalion“, a play about how an “older stuffy dude angrily mansplains life to a younger woman who’s trying to figure herself out”?

David Sims of The Atlantic stated that by basing Selfie on Pygmalion, the show is stuck with “a premise that could get creepy fast: a man tailing a woman around yelling at her to behave.” Admittedly, says Sims, show creator Emily Kapnek has updated the play’s premise somewhat by having “Eliza make the decision to update her image.” 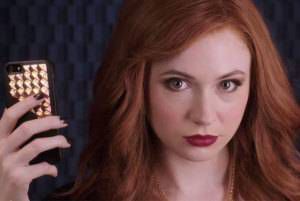 The interesting thing here is that Kapnek hasn’t updated the play’s premise at all. Eliza Dooley approaching Henry Higgs to ask for help is taken straight from the play. This is a testament to Shaw’s strength as a writer, as well as an explanation for Pygmalion‘s enduring popularity and status as a classic. Its premise stands the test of time.

I want to be a lady in a flower shop stead of selling at the corner of Tottenham Court Road. But they won’t take me unless I can talk more genteel.

In other words, the lessons are Eliza’s idea because she wants to advance her career. Moreover, she makes it clear to Higgins that she has the money to pay for them. The bet is the result of a discussion between Higgins and his friend Pickering, which takes place while Eliza is still in the room.

Another point of criticism by Sims is Pygmalion‘s “domineering and borderline abusive” relationship between Eliza and Higgins. Sims is correct in his description of their relationship. However, Shaw makes clear that the problem lies with Higgins, who is by no means popular among society. Whenever Higgins goes too far, Eliza answers back. Even his own mother, Mrs. Higgins, declares,

You offend all my friends: they stop coming whenever they meet you.

Sims goes on to describe Pygmalion as a “powerful but abrasive tale of Eliza seizing her independence and Higgins learning some humility.” In Pygmalion, Eliza doesn’t seize her independence; she loses it. When the experiment is over and Higgins has won his bet, Eliza discovers that, as a woman of high society, working for a living is not an option. In the play’s final act, Act V, she exclaims,

Oh! if I only COULD go back to my flower basket! I should be independent of both of you [Higgins and Pickering] and father and all the world. Why did you take my independence from me? Why did I give it up? I’m a slave now, for all my fine clothes.

Neither has Higgins learned any humility. At the very end of Act V, Mrs. Higgins and Eliza are on their way to a wedding to which Higgins hasn’t been invited because of his bad behavior among society. Eliza tells him that this is the last time the two of them will see each other. Higgins replies by telling her to go buy him some new gloves. Eliza retorts that he can buy them himself and walks away.

According to Sims, the end of Pygmalion is “indefinite” and “doesn’t really suggest happy romance is to come for the pair.” The reason why the play doesn’t suggest a happy romance is that Shaw never intended a romantic relationship between Higgins and Eliza. In the play’s epilogue, Shaw reveals that Eliza distances herself from Higgins and marries Fredrick Eynsford Hill. Together with Fredrick, she opens a flower shop and consequently reclaims her independence.

But if Eliza disliked Higgins for the rest of her life and married another man, why is Pygmalion often referred to as a romantic comedy?

I believe it comes from the fact that Pygmalion‘s epilogue has never become part of any stage production or movie adaptation. Because of this, the underlying tension between Eliza and Higgins has become the foundation for romantic speculation. This speculation has been strengthened by, for example, the smash-hit Broadway show My Fair Lady, first performed in 1956, starring Julie Andrews and Rex Harrison.

After a somewhat wobbly pilot episode, Selfie has found its footing. Although the beginning of the show followed Pygmalion, the relationship between Eliza Dooley and Henry Higgs has already deviated from the play. Not only does Eliza need Henry to get her life in order, Henry has begun to realize that he needs Eliza. 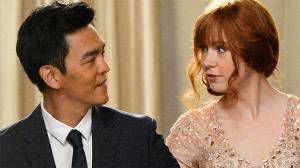