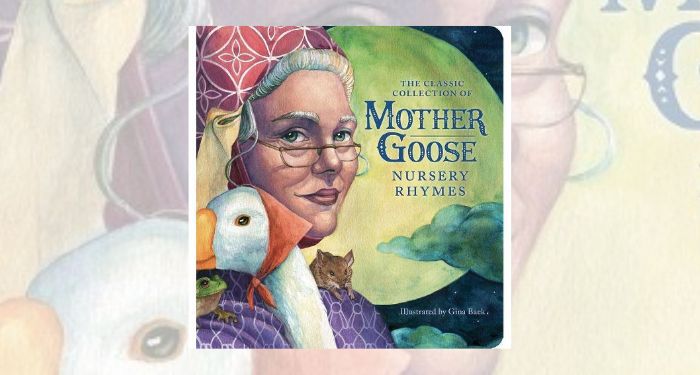 If you grew up within the bounds of Western civilization, chances are you’ve heard of Mother Goose in one form or another. Maybe she was the charming and comforting old woman on the cover of the book your parents read to you at bedtime, or maybe she was an actual goose. Whatever the case, the nickname Mother Goose has been synonymous with childlike nursery rhymes and fairytales for centuries, but her true origin is up for debate.

Although she only came into prominence in Europe and North America between the 17th and 19th centuries, Mother Goose’s origins date back to as early as the 8th century CE. Betrada II of Laon, mother of Charlemagne (AKA Charles the Great, the first emperor of the Holy Roman Empire), spent frequent time in children’s company telling them folk and fairytales.

Her most common nicknames were “Queen Goosefoot” or “Goose-foot Bertha,” as she suffered from a malformation of one of her feet. Some accounts suggest that it was Robert II of France’s wife who was Queen Goosefoot, as her name was also Bertha and her common nickname was “Bertha the Spinner” — referring to someone known for “spinning” fantastic tales that enthralled children. Another theory is that the original Mother Goose was the Queen of Sheba, who was known for having a “strange foot” that resembled that of a goose or swan.

Meanwhile, in France by the time of the mid-17th century, nicknames such as “Mère L’Oye” or “Mère Oye” — roughly translated to Mother Goose — were used as descriptors of women of a certain age who enjoyed delighting children with fairy and folktales. It was Charles Perrault who, in 1697, published his revered and largely influential collection of stories Histoires ou contes du temps passé often supplemented with the subtitle Contes de ma mère l’Oye.

English European readers, however, were already familiar with their own iteration of Mother Goose by the 17th century in the form of Old Mother Hubbard, a nursery rhyme by English poet, Edmund Spenser, first published around 1590. In the 1690s, as Perrault was gearing up to release his own goose into the wild, Madame d’Aulnoy — a French author of literary fairytales — began publishing collections under the pseudonym Mother Bunch, a figure similar to that of Mother Goose.

It would ultimately be Perrault’s collection that would capture the collective imagination across France, prompting Contes de ma mère l’Oye to be published in English for the first time in Europe in 1729. Translated by Robert Samber as Histories or Tales of Past Times, Told by Mother Goose, it was this collection that introduced some of history’s most beloved fairy tales — such as Cinderella, Little Red Riding Hood, Puss in Boots, and Sleeping Beauty — to a mainstream, English-speaking audience.

When Samber’s reprint appeared for a second time in North America in 1786, Mother Goose’s popularity had already been fuelled by the publication of collection of nursery rhymes by John Newbery — after whom the Newbery Medal is named — titled Mother Goose’s Melody, or, Sonnets for the Cradle that first appeared around 1765 and solidified Mother Goose as the purveyor of not only children’s folk and fairytales but also nursery rhymes in Western culture. Her influence and popularity continued well into the 19th and 20th centuries with Wizard of Oz author L. Frank Baum publishing his first book for children as Mother Goose in Prose in 1897. And the rest, as they say, should be history.

But it’s still unclear who and what exactly the Mother Goose figure is, giving her a mythological fascination into our more modern era. Many European and North American reprints of Mother Goose tales depict her as an older grandmotherly figure wearing a shawl and perhaps a hat that suggests she spends a lot of time in nature. Others, however, illustrate her as a literal goose, sometimes anthropomorphized and sometimes not, but usually wearing a bonnet. Her human depiction was popularized by a British pantomime from the early 19th century written by Thomas Dibdin, who imagined Mother Goose as a witch-like figure known for “raising a storm and flying a gander.”

Although historical accounts vividly dictate that Mother Goose’s foundations come from Europe, another origin tale was concocted in the United States in the 19th century that said the real Mother Goose was either that of Mary or Elizabeth Goose, both supposedly wives to Boston upperclassman, Isaac Goose. Mary, the first of the two, was said to have died at age 42 in 1690. Also known as Vergoose or Vertigoose, Mary supposedly brought six of her own children from a previous marriage to add to Isaac’s ten, which means we might also have to give her credit for the Yours, Mine & Ours plot line. She purportedly entertained her many children with fairy and nursery tales she made up herself.

Elizabeth, who was said to have died in 1758, created the caricature of Mother Goose following Isaac’s death when she went to live with her eldest daughter, her publisher husband Thomas Fleet, and their grandchildren, with whom she told the stories. It was Fleet who allegedly published them either in 1719 or after Elizabeth’s death — accounts differ — with the latter conveniently around the appearance of Newbery’s collection and later the American reprint of Perrault’s stories.

No record of such a publication exists, but that doesn’t stop tourists from visiting Mary Goose’s grave at the Old Granary Burying Ground in Boston, where they can toss coins at her tombstone for good luck. Good fortune or not, historians concur that neither Mary nor Elizabeth was the “real” Mother Goose, and that these lies were perpetuated by a great-grandson of the Fleet family in the 1860s.

Whatever the case, one thing that we can agree on is that Mother Goose, much like other timeless female figures in literature such as Holly Golightly or Nancy Drew, is a character so beloved that everyone wants to take credit for the nursery and fairytales that revolutionized the Western world’s understanding of them. And, conveniently, she’s a woman. Like many maternal figures in the literary sphere, Mother Goose is an enigma, constantly torn and rebuilt with the weight of our culture’s hopes, fears, and dreams. What a puzzle it is to piece together these bits of a mythical woman so many of us grew up listening to. Perhaps we should just ask her ourselves: Are you there, Mother Goose? It’s us, the grown children. Can we take a walk?

• Was There a Real Mother Goose?

• The Truth Behind Mother Goose