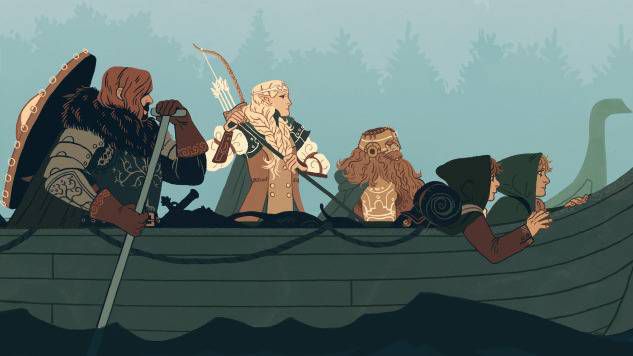 To celebrate the heritage of the genre, we’ve assembled a list of what we believe are the best fantasy series of all time.

I have read far fewer of these 30 Best Fantasy Series of All Time than I expected.

Selma director Ava DuVernay has just been set by Disney to direct A Wrinkle In Time, an adaptation of the 1963 Newbery Medal-winning Madeleine L’Engle fantasy classic novel that has a script by Oscar-winning Frozen writer and co-director Jennifer Lee.

I think this is the most interesting book adaptation news I have read in awhile.

Forty state-run media outlets in Iran have pooled together to raise $600,000 (£420,000) to add to the fatwa on writer Salman Rushdie, 27 years after Iran’s first supreme leader, Ayatollah Ruhollah Khomeini, called for Rushdie’s assassination following the publication of his novel The Satanic Verses.

Why the charade of having state-run media organizations pool money?

The annual celebration of the freedom to read, set this year for Sept. 25-Oct. 1, will focus on banned books written by people of color. The event will also look to examine why titles by diverse writers are so often challenged.