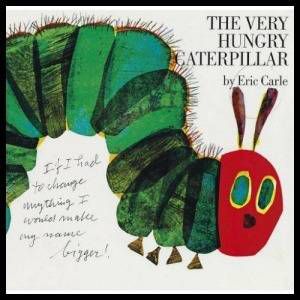 The sale includes annotated books from a wide range of authors, from Angela Davis to Philip Roth, Eric Carle, Marilynne Robinson, Junot Díaz, Barbara Kingsolver, Toni Morrison, and many others. All proceeds of the sale will benefit PEN American Center.

It’s extremely cool to see what these authors felt inspired to write on these first editions while rereading their own work. The notes range from the profound to the entirely flippant, include both heart-wrenching personal revelations and doodles. 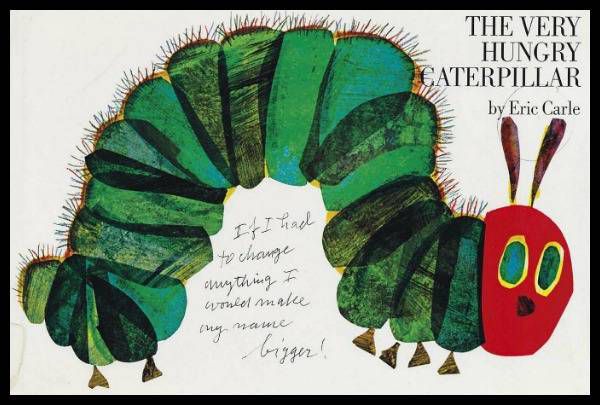 Eric Carle’s note on the cover of The Very Hungry Caterpillar:

“If I had to change anything I would make my name bigger!” 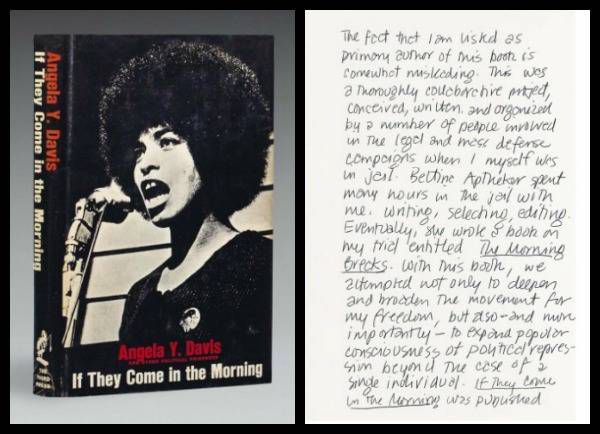 Angela Davis dedicated most of her annotations in If They Come in the Morning to recognizing the efforts of those who have helped her:

“The fact that I am listed as primary author of this book is somewhat misleading. “This was a thoroughly collaborative project, conceived, written, and organized by a number of people involved in the legal and mass defense campaigns when I myself was in jail.” 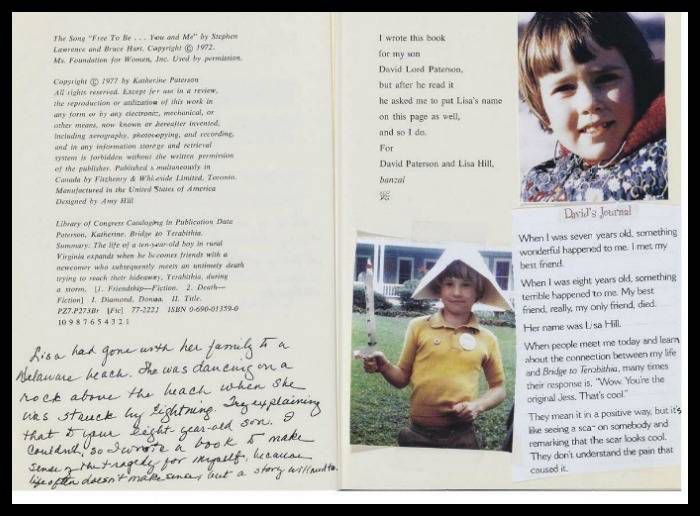 Katherine Paterson’s notes in Bridge to Terabithia are heartbreaking. She added photos of her son and a page from his journal about the event that inspired the book, the death of his best friend when he was 8. David writes:

“When people meet me today and learn about the connection between my life and Bridge to Terabithia, many times their response is, ‘Wow. You’re the original Jess. That’s cool. They mean it in a positive way, but it’s like seeing a scar on somebody and remarking that the scar looks cool. They don’t understand the pain that caused it.”

Patterson also briefly describes the true story of the little girl’s death and how she wrote a book to process her grief, “because life often doesn’t make sense, but a story will need to.” 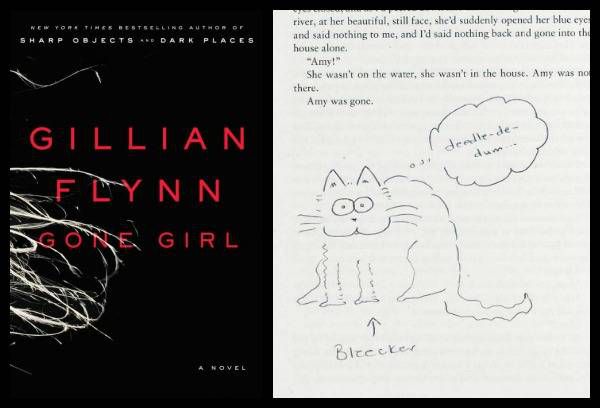 Gillian Flynn drew a cat in her copy of Gone Girl. Because why not? 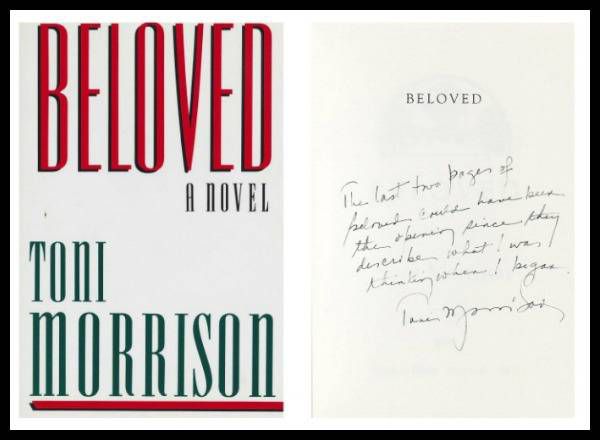 Toni Morrison’s note in the front of Beloved:

“The last two pages of Beloved could have been the opening since they describe what I was thinking when I began. Toni Morrison.” 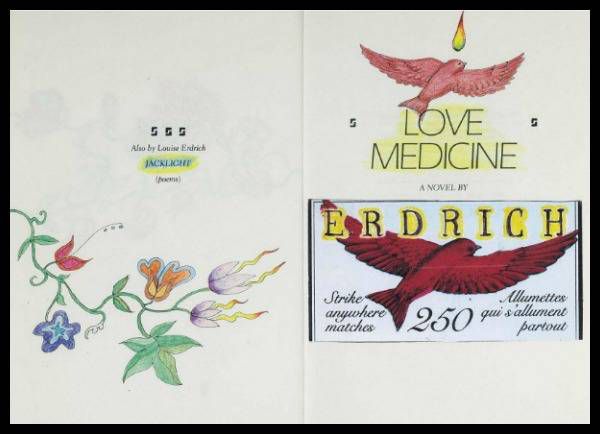 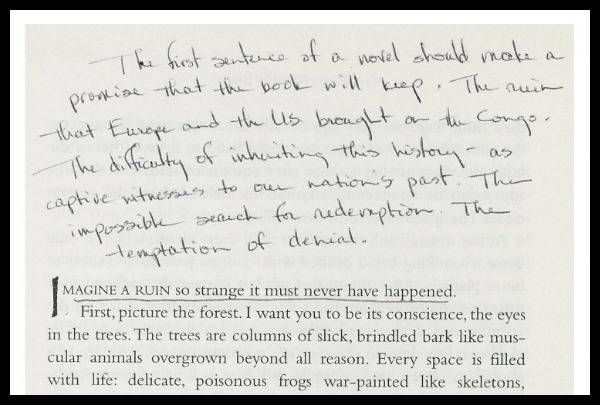 Barbara Kingsolver’s note on the front page of her annotated first edition of The Poisonwood Bible:

“The first sentence of a novel should make a promise that the book will keep. The ruin that Europe and the U.S. brought on the Congo. The difficulty of inheriting this history—as captive witnesses to our nation’s past. The impossible search for redemption. The temptation of denial.” 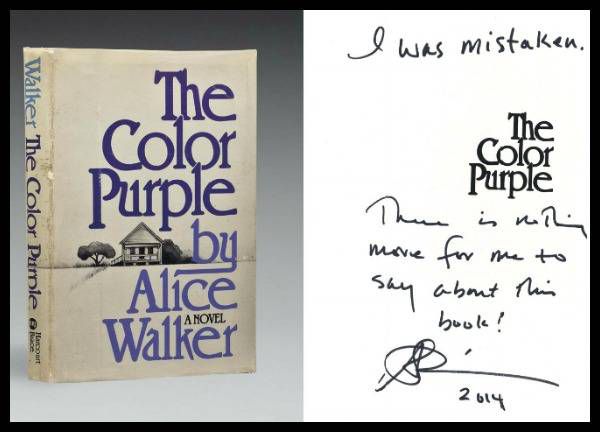 Alice Walker wrote only one comment in The Color Purple:

“I was mistaken. There is nothing more for me to say about this book! Alice Walker 2014.”

You can also read more about the authors’ feelings about the experience of rereading their own notable works here.

Every book in the sale is going to be on public view preceding the December 5th auction. If you’re in New York, go visit them for me!

All images via New York Times and Christie’s