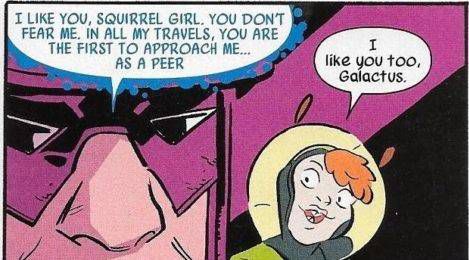 I don’t know about everyone else, but lately every time I look at the news I think “Is this real life? This can’t be real life. This is too ridiculous to be real life.”

And yet it is. All this stuff that is directly opposed to everything I believe is actually happening. It has been that kind of year where when I read comics now I think, well that seems relatively normal compared to the real world.

SO, I present to you five times comics has seemed more normal than real world news.

Superman’s disguise is literally glasses, and no one figures out his identity because no one with glasses can ever be buff and save the world?

But he goes about his life without even having a mask and people just go with it. This seems ridiculous, but don’t you think it makes more sense than Chris Christie chilling at a beach that was shut to the public and then saying he didn’t get any sun because he was wearing a hat? There were literally aerial photographs, and it was clearly his face, and he didn’t even HAVE glasses. I mean, at least Superman is far away and can kinda chalk things up to alien DNA? 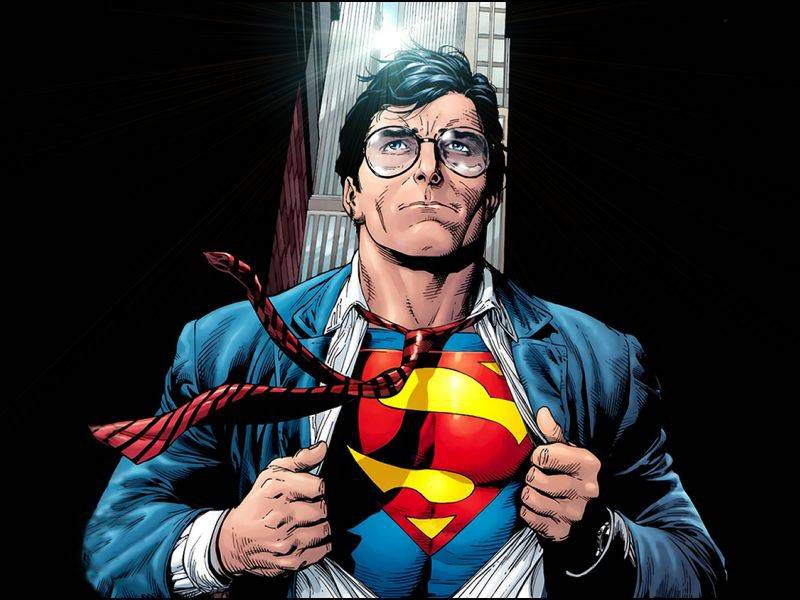 Alright, so let’s talk about logical problem-solving. If there ever was a comic that feels on more stable ground than our current political climate, it has to be The Unbeatable Squirrel Girl. Politics right now are full of vitriol and angry tweets, but Doreen Green is all about talking things out and giving people a chance. I mean, girl literally befriends Galactus. Doreen is all about kicking butts and eating nuts, but she normally tries to TALK to people first, or at least give them a chance after she has beaten them to rethink their actions. Her main M.O. is friendship and logic, and that is something the real world can really use more of lately. 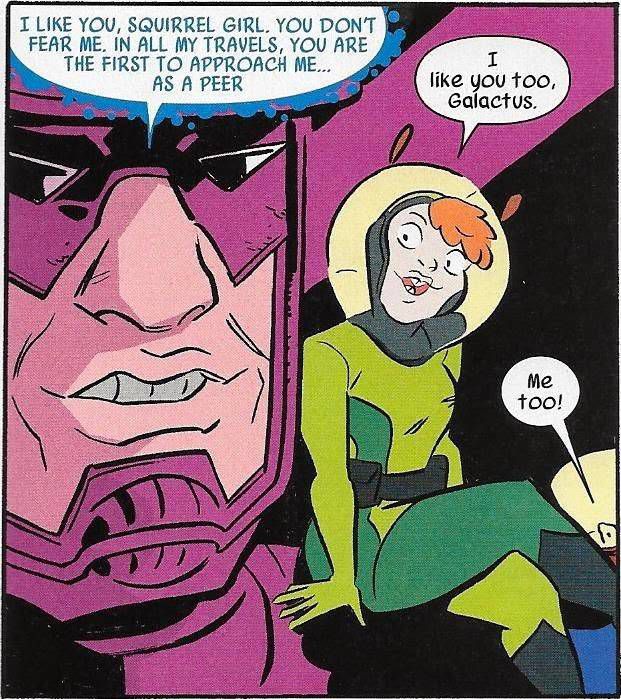 Moon Girl is all about this girl who KNOWS she is the smartest person in the world, but when it comes down to it, in order to defeat a threat, she knows she has to team up with other smart, experienced people if she actually wants to get anything done. It’s so nice when we don’t constantly have to rely on our own inexperience or cover it up with bluster, isn’t it?

In Daredevil, good old Kingpin is proven to be a criminal and does go to jail. I mean, he gets out, several times, because hey! Comics! But people present facts and logic, and other people listen, and he does for a brief period go to jail for committing crimes. Ah, good times in comics land.

There’s also this arc where Ms. Marvel defeats an internet troll that is trying to destroy the world. She does this by convincing people to be kind to each other on the internet, and I don’t even have a joke here, because it just seems like it must be nice, it must be nice….when you can believe in other people’s basic decency.  *Sad trombone*

Alright, there’s clearly a lot more bananas examples I could use here, but I’m feeling a little bummed at the moment, so I decided to end with something that I think intersects nicely with reality and comics: