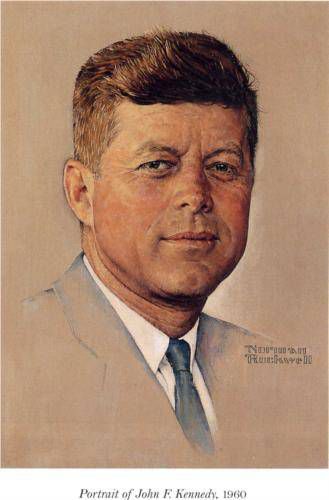 November 22 marks the 50th anniversary of the assassination of President John F. Kennedy. Countless books have been written on the subject (some fiction, a TON of nonfiction [some more speculative than others]), each one trying to find that one clue or piece of evidence that could finally put to rest our speculations about what actually happened on that day in Dallas.

Of course, there are many different ways in which this kind of story can be told: as a series of flashbacks by eyewitnesses, as an event that can hypothetically be stopped by a time-travelling good guy, or even as a straight-up mystery requiring the mad skills of a seasoned detective. I even found novels about Sherlock Holmes and Columbo working the case (separately, of course), but that’s another story…

The novels that deal with the assassination range from postmodern to positively bonkers. They all, though, seem to fall into two camps: the “What If?” stories and the “What Really Happened?” stories. Here (in my humble opinion) are the most interesting five.

A Time to Remember by Stanley Shapiro (Signet, 1988): Time-travel and tragedy provide the setting for this novel, in which David Russell, a Dallas schoolteacher, uses a time machine to return to 11/22/63 in hopes of preventing the assassination. He’s not just doing this out of the kindness of his own heart, though; Russell believes that if he can stop the assassination, the Vietnam War will have never happened, and his soldier brother would never have been one of its casualties. 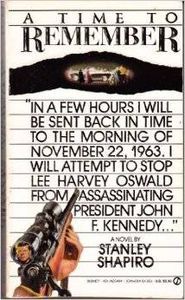 11/22/63 by Stephen King (Scribner, 2011): Yes, this is another time-travel novel, but it’s STEPHEN KING, so clearly I had to include it. Here, an English teacher from Maine steps through a portal in a diner (yeah, I know) to try to prevent the assassination. He’s sent back to 1958 and becomes immersed in the culture of the late ’50s and early ’60s. Of course, he also falls in love. But the teacher’s friend, who sent him on this journey, is counting on him, so off he goes. 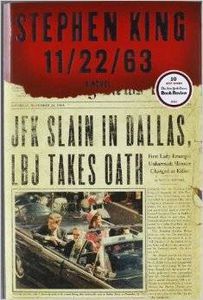 Top Down: A Novel of the Kennedy Assassination by Jim Lehrer (Random House, 2013): I recently saw Lehrer discuss his novel on the PBS News Hour (where he used to be anchor and is currently the executive editor). Based on Lehrer’s own memories of that day while a Dallas reporter, Top Down focuses on a Secret Service agent who is haunted by his call to keep the bubble-top down on the presidential limousine. Five years later, the reporter is asked to participate in a reenactment of the assassination to determine what might have happened had the top remained in place. 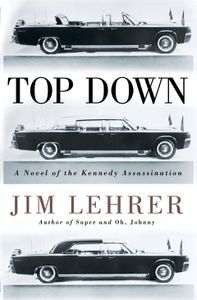 Libra by Don DeLillo (Penguin, 1988): I read this during my first year of college for a course on postmodern literature, and BOY did it suck me in like a ravenous black hole. But that’s DeLillo for you. Here, he seamlessly blends fact and fiction, focusing on Oswald as the troubled man works himself up to the belief that he is an agent of history. CIA operatives, the Bay of Pigs disaster: it’s all here, and you find yourself thinking, “what’s gonna happen???!!” while knowing full well how it ends. 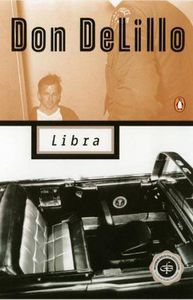 Umbrella Man (Jack Flippo series) by Doug Swanson (Berkley Prime Crime, 1999): This is the fourth “Jack Flippo” book, and this time it’s up to the Dallas detective to figure out if there really was a second shooter that November day on or near the legendary “Grassy Knoll”. Flippo’s been given a few frames of black-and-white film, but he also must contend with some straaaaange characters, including a con-artist who charges tourists for assassination re-creations. Yeah. 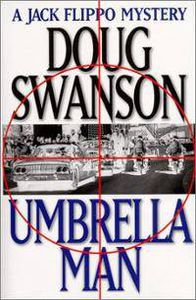 These five novels are just the tip of the iceberg. Have you read any of these? Are there others you’d recommend? Let me know in the comments!