It’s been rough keeping up with books coming out in any given month lately, with many publishers shifting their book launches to later in the year or even early in 2021. But I’ve made this list and checked it twice, and here are some British books you can dig into in June, when they’ll be available from your local bookshops in the U.S. 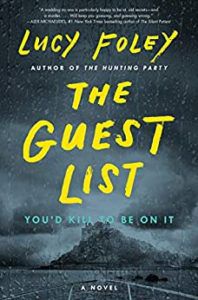 Lucy Foley’s previous book, The Hunting Party, was one of my favourite reads of the year – and helped me ace my interview for the bookshop job I now have – so I am excited about her latest thriller, The Guest List. Like The Hunting Party, this one takes place in a remote location – this time an island off the coast of Ireland, where a cast of characters has gathered to celebrate the meticulously planned luxurious wedding of a rising TV star and an ambitious magazine publisher. But what with the freely flowing alcohol and the long-held resentments or inappropriate affection, it isn’t long before things start to unravel…and someone shows up dead.

Alex Michaelides, the author of The Silent Patient, loved this book. “It gave me the same waves of happiness I get from curling up with a classic Christie,” he says. “The alternating points of view keep you guessing, and guessing wrong.” 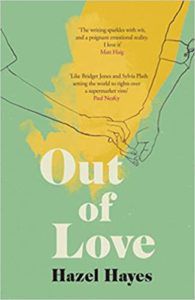 YouTuber Hazel Hayes is best known for directing and writing short horror films, but here she turns her attention to another kind of horror: romantic heartbreak. Her novel Out of Love tells the story of a relationship in reverse, from its bitter end back to its beginning. Asked about her change in artistic direction, Hazel Hayes told the newspaper The Metro: ‘It’s just telling stories at the end of the day, and that’s my favourite thing to do. Whether it’s a story about monsters or aliens or time travel or a break up, if you can make the audience care enough about the characters, they’ll come along on any journey with you.’ 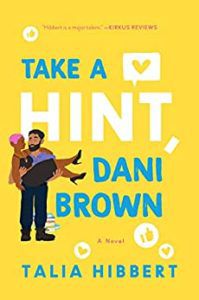 Get a Life, Chloe Brown was a huge hit last year, and Talia Hibbert follows it up with a story of Chloe’s sister Danika. Dani isn’t into romance and doesn’t want a boyfriend. But when a video of her being rescued by a hot security guard named Zafir goes viral, the internet has its own ideas. 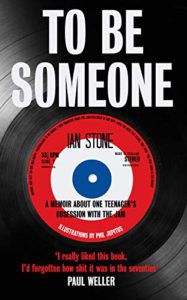 This is a book for anyone who’s ever been obsessed with a band or a celebrity. Seventies band The Jam captured the imagination of a teenage Ian Stone, and he spent the next five years feverishly chasing the band. His adventures included getting stuck on a roof when he tried to sneak into a gig and having a drink with a member of the band after almost getting thrown out of a hotel. Britain in the late ’70s and early ’80s was a turbulent place and a bit of an unhappy one – it’s no wonder that all this time later Ian Stone still remembers the joy and escape that the band gave him so fondly. 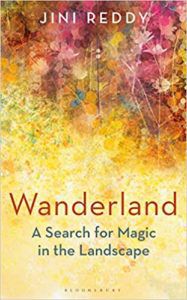 This book is a whole new way of seeing Great Britain, and if you’re wishing you could travel there this summer, this might be just the thing to pick up. In it, Jini Reddy wanders around the country hunting for a hidden well, taking a pilgrimage from coast to coast, walking through a maze, and more – attempting to get to know her native land better. It’s a love letter to Britain, otherness, and the art of roaming.