I have said it a million times already, but I’ll say it again: 2015 is the best year we’ve had for books. I am losing my mind over the incredible things I’ve been reading! It was really hard to pick just five of the best books out this August, but I take solace in the fact that I’ll be talking about a lot more titles in our new release newsletter and on the podcast. 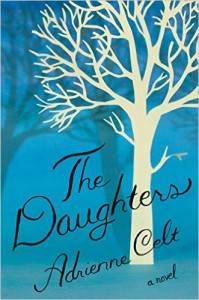 I keep declaring 2015 the Year of the Debut Novel, and it’s books like this one that drive my point home. It’s also Liveright’s most amazing year yet – all of their offerings have been outstanding! In Celt’s dazzling debut, new mother Lulu is a world-famous opera singer who can no longer sing. According to Lulu’s family lore, when a woman has a daughter, she loses something vital…and Lulu has just had a daughter. Bouncing back and forth between past and present, The Daughters is a gorgeous, riveting story about family, mythology, and curses. Its dark, dizzying magic practically sings off the page. 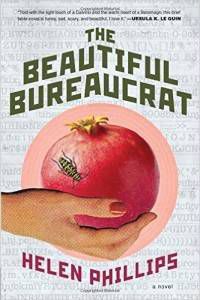 Here’s another amazing debut to further my point. And it has a blurb from Ursula K. Le Guin! That’s like getting a blurb from a unicorn. And it’s totally deserving – I don’t think I’ve been tempted to underline more sentences in a book this year. The Beautiful Bureaucrat is a mind-bender, sci-fi-ish in the way Atwood or Murakami is – it takes an every day situation and puts a weird spin on it. In this case, it’s the heroine’s job: Josephine has a new job typing numbers into a database. But after a series of strange events, including the disappearance of her husband, she can no longer ignore the fact that she isn’t quite sure what the company she works for actually does. This book rocks so hard!

I am so in love with this book I could explode! I want to hug it and pet it and call it George. I knew it would be good, because Small Beer Press publishes the best, but I had no idea how just enchanted I would be with this delightful novel of unusual tenants at a boarding house in the nineteenth century. This book scratched my Muriel Spark/Barbara Comyns itches, with an extra side of the unusual. Originally published in 1994, this is Argentinian writer Gorodischer’s third novel to be translated into English. I will definitely be reading the first two now! 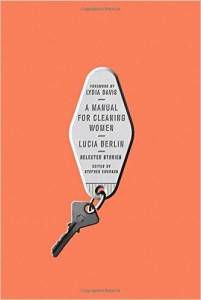 Elizabeth McCracken, one of our greatest American writers, has been pushing this book, and since she led me to Three Scenarios in Which Hana Sasaki Grows a Tail by Kelly Luce, I read this forthcoming story collection as soon as I could! And what a gem it is. This is a collection of Berlin’s best work. (She died in 2004.) A Manual for Cleaning Women contains gritty stories of the ordinary, the downtrodden, the struggling, that are made beautiful through her amazing writing. You’ll soon be hearing about this one everywhere. (And if you haven’t read Elizabeth McCracken yet, I recommend you do!) 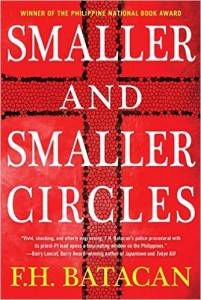 I thoroughly enjoyed this book! It’s about two humble Catholic priests in Manila – one a forensic anthropologist, the other a psychologist – who work together to catch a serial killer who has been killing poor young boys and leaving them in the town’s dump. When the police dismiss the killings as unimportant, due to the victims’ social standing, it’s up to the priests to find the murderer themselves. I loved the priests – they are so charming and sensitive in the face of such evil. And it’s a really compelling read. This won the 2015 Philippine National Book Award, and is considered to be the first Filipino crime novel.