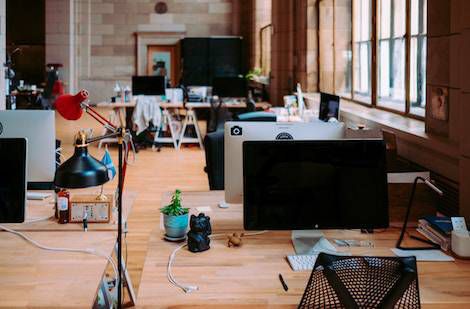 This is a guest post from Elisa Shoenberger. Elisa is an academic out of academia. She is a freelance writer, historian, oral historian, musician, performer, and general troublemaker. Elisa Shoenberger writes the travel and art blog Not Without My Bowler Hat and is working on an oral history about women in the arts in Chicago called: “It Will Keep Your Heart Alive.” She is the co-editor and co-founder of the Antelope Magazine. She publishes regularly with the Chicago Northside Mini Maker Faire. She co-founded and manages APRA Illinois Blog for professional prospect researchers and managers. She has had work published by City Creatures blog for the Center for Humans and Nature, Sonderers, the Reset, and more. Follow her on Twitter @vogontroubadour.

Sometimes, work can be unexpectedly surreal. Some people believe that work is a place where mediocrity and mundanity is rewarded and bureaucracy trumps ingenuity and passion. However, some offices have strange rules disconnected from reality, ruled by a bizarre, unknowable language with an indiscernible code of conduct. Some of my past jobs have been truly unreal; especially the one where I served as a bureaucrat in a program actively trying to make a difference.

As a lifelong advocate of the surreal, I have been drawn to works of fiction that amplify the weirdness of “the working.” I have found five books that touch on that Escheresque world of rules and regulations. Three deal with the workplace environment; one talks about the crazy world of academia; and one looks at the world of temporary workers in United Arab Emirates. 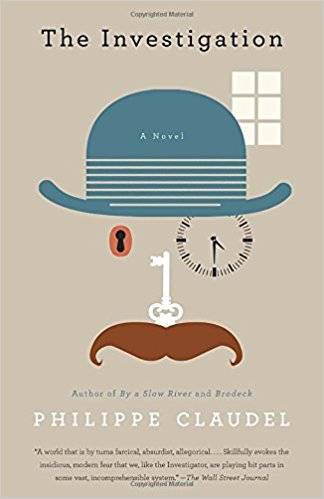 This first work deals with the agony of trying to do your job. Most people just want to do what they were hired to do and move on. In this work, the unnamed inspector is brought to the Enterprise to investigate a series of suicides. However, anything that could get in the way, does—from finding the hotel to stay at, to getting food, and much more. It’s about one man’s struggle to do his job in an unreal and unreasonable environment.

Everyone imagines that they are the exemplary worker and see the world differently. Law of averages suggests that is not so. This text, translated from Swedish, tells the story of Björn, who starts in a new position at the Authority. He’s completely convinced of his superiority over all of his co-workers, including his boss. As he starts the new job, he discovers a special room that no one knows about or acknowledges. That’s when everything gets much more interesting at work. This text fully explores the case of the uncommon worker. 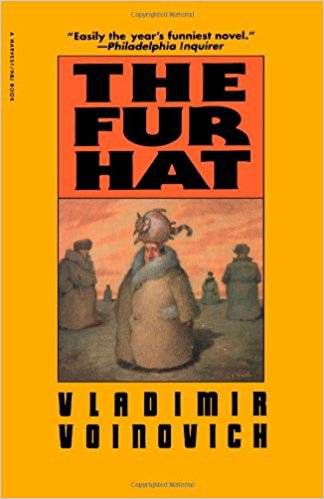 We like to think that our workplaces are meritocracies; the best workers get the best awards. In The Fur Hat, this premise is challenged by an established yet mediocre writer, Yefim Rakhlin. The Writer’s Union plans to give all writers a fur hat based on the importance of their literature. However, Rakhlin finds out that he will be awarded a fur hat made from tomcat. And so he begins on a quest to rectify this clear mistake. It’s an excellent satire of the state, merit systems, and more.

As a former academic, I had to include a text dealing with the weird world of academia. The politics and adherence to schools of thought are truly impressive in the academic world. My mom told me that when she was getting her masters, there were two rival schools of literature. Neither would speak to one another and members would leave the room when the rival school entered.  The Librarian takes this behavior to an extreme. The basic plot is that the work of Gromov imbues readers with such power (of strength, memory, etc.). Readers band together to form libraries in order to wage war, actual war, on rival libraries to take their books. It’s rather unexpectedly gruesome! 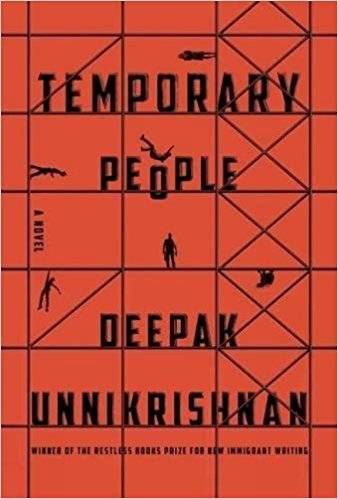 While the texts above deal with the uncanny in the office and academic workplace, this text deals with the truly surreal world of temporary workers in United Arab Emirates. This book is composed of unusual short stories, some tied together, others don’t about the people who come to UAE to work but don’t have citizenship. Stories include people grown like crops, cockroaches learn to be like people, and even job lists. It’s a really poignant and challenging look at labor dynamics.

These are just five books that touch upon the weirdness of the world. Do you have a work that reflects the strangeness of your working environment?