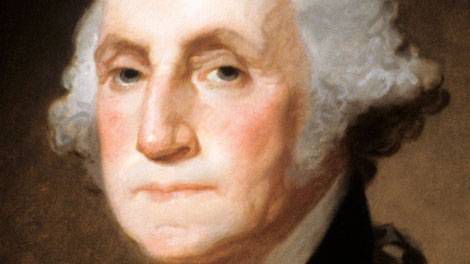 Presidents’ Day is sort of a weird holiday, even for a country that pardons a turkey every November. But two of our favorite presidents – George Washington and Abraham Lincoln – were born in February, so there you have it: every third Monday in February, some people in the United States get a day off. Maybe those people will observe the day by idly wondering if that story about George Washington and the cherry tree is true. Maybe they’ll go skiing or just sleep in.

Another option is to reflect on some of the more complex issues in the history of the U.S. presidency. Presidential biographies are one way to do that, and there are a lot of great ones out there. In my experience, though, I’ve found books that feature a president or presidents as characters in a larger historical narrative to be more compelling. Presidents have been powerful since the George Washington took the oath of office. They’re also human. That humanity doesn’t lessen the consequences of their actions or the impact of their decisions, but it means their conflicts and contexts tell a richer story than if we ignore that dimension.

Here are 4 books to consider if you’re interested in digging a bit deeper and learning more about those stories. 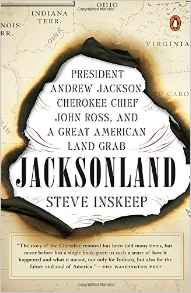 Jacksonland: President Andrew Jackson, Cherokee Chief John Ross, and a Great American Land Grab by Steve Inskeep – It should come as no surprise to us that sometimes people who are popular and skilled are also self-interested jerks. Andrew Jackson was a scrappy, self-made soldier, but he was also greedy and exploitative. Though his decisions as president significantly increased the size of the country, they also contributed to the deaths of thousands of people and the displacement of thousands more.

Inskeep’s book juxtaposes Jackson with John Ross, who was Principle Chief of the Cherokee Nation when Jackson was working to force the relocation of the Cherokees. The lives of the two men were connected from the war of 1812 through the Trail of Tears in 1838. The differences between these two national leaders may have you wondering whether the correct one ended up on the $20 bill. 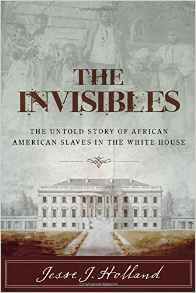 The Invisibles: The Untold Story of African American Slaves in the White House by Jesse J. Holland – Speaking of things we ignore when we put people on our money, 12 of our first 18 presidents owned slaves at some point in their lives, and 8 of them brought slaves to staff their presidential households. Jesse J. Holland tells the stories of many of the men and women who were enslaved at the White House, and examines how their lives were intertwined with the First Families in ways that have been largely ignored by history books. 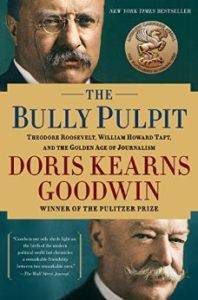 The Bully Pulpit: Theodore Roosevelt and the Golden Age of Journalism by Doris Kearns Goodwin – You know who had a remarkably successful relationship with the press? Theodore Roosevelt, who is remembered for his impact in the progressive era and his legacy as a successful conservationist. You know who didn’t have a great relationship with the press? William Howard Taft, who had such a rough time in the Oval Office that Roosevelt, his former friend and ally, decided to run against him as a third party candidate four years after essentially handing Taft the presidency. Doris Kearns Goodwin’s book offers a nuanced and detailed explanation of how Roosevelt worked with journalists to further goals related to issues like labor laws and food standards, as well as how Taft didn’t. 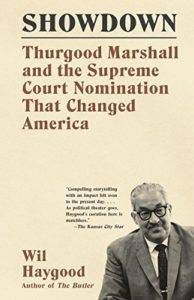 Showdown: Thurgood Marshall and the Supreme Court Nomination That Changed America by Wil Haygood – Showdown isn’t a book about the U.S presidency in the traditional way, but it highlights one of the most important elements of the office: the way it fits into the separation of powers. By examining a key moment in U.S. history – the nomination and confirmation hearing of Supreme Court appointee Thurgood Marshall – Wil Haygood’s book presents a unique case study in checks and balances. It also illustrates the complexities of the symbiotic relationship between government and politics. In about 350 pages (plus notes), Showdown offers a fascinating civics lesson. Maybe there’s someone you know who could use that kind of a gift for Presidents’ Day. Maybe he’s even a president.