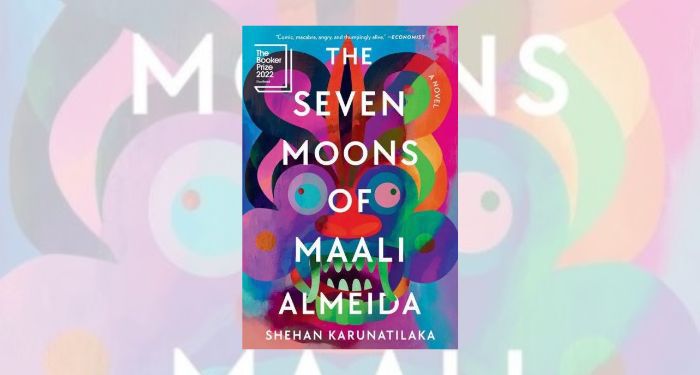 Honoring the finest works of fiction from around the world, the Booker Prize has announced that its 2022 winner is The Seven Moons of Maali Almeida by Shehan Karunatilaka. The judges praised the political satire for its ambitious scope and the “hilarious audacity of its narrative techniques.” The ceremony included a keynote speech by singer and songwriter Dua Lipa on the importance of reading in her life, a tribute to author Hilary Mantel, and short filmed readings from the six shortlisted novels. Camilla, the Queen Consort, along with last year’s winner South African writer Damon Galgut, presented the prize to Karunatilaka.

Karunatilaka is one of Sri Lanka’s foremost authors. He was born there and grew up in the capital of Colombo, where he now lives. Previously he studied in New Zealand, and went on to work and live in London, Amsterdam, and Singapore. He works as an advertising copywriter. His debut novel Chinaman was met with much acclaim and went on to win the Commonwealth Book Prize, among others. In The Seven Moons of Maali Almeida, photographer Maali Almeida dies and finding himself in the afterlife, sets out to discover how he died and, more importantly, expose the carnage of Sri Lanka’s civil wars with a cache of hidden photos.

Chair of the judges, Neil MacGregor, went on to say, “This is a metaphysical thriller, an afterlife noir that dissolves the boundaries not just of different genres, but of life and death, body and spirit, east and west. It is an entirely serious philosophical romp that takes the reader to ‘the world’s dark heart’ — the murderous horrors of civil war Sri Lanka. And once there, the reader also discovers the tenderness and beauty, the love and loyalty, and the pursuit of an ideal that justify every human life.”

The winner was selected by a panel of judges, including writer and cultural historian Neil MacGregor, academic and broadcaster Shahidha Bari, historian Helen Castor, writer and critic M. John Harrison, and writer Alain Mabanckou. First awarded in 1969, the Booker Prize is open to writers of any nationality writing in English and published in the UK or Ireland. The winner of the prize receives £50,000 and each shortlisted author receives £2,500. This year the judges considered 169 novels.

You can browse this year’s complete longlist for even more great recommendations.