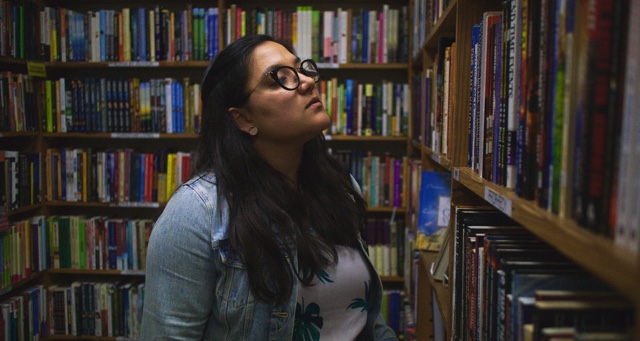 London has always been a hotbed of feminism and its place as a stalwart of the literary world has been copperfastened over the centuries. When the suffragettes were at the height of their campaigning, they set up shop around the UK’s towns to pass on their messaging and spread the word.

In the past few years, feminist spaces, including bookshops, have seen a resurgence as fourth wave feminism hits new highs and opens its arms to new generations. Feminist bookshops existed in the UK during second and third wave feminism right up to the 1990s, when there was a vaguely accepted understanding that feminism was no longer needed. After all, we had Girl Power and equality seemed a given.

Perhaps this contributed to the death of these bookshops, but arguably the problems facing those shops was the same as the problems facing independent bookshops today: the big sellers are too big, and Amazon is a behemoth that drives us all (this writer included) away from the doorsteps of our local shops.

I’m making an effort to change that, and have been checking out some of the feminist bookshops that are new (or older) in London. I recently had a chance to stop by The Second Shelf, a tiny little shopfront near Piccadilly, which opened in November 2018 and offers a range of rare and antiquarian books as well as modern first editions and rediscovered works by women. The topics range widely, but the gist is the same: all women, all the time. This is a great place to get lost, and there are real treasures on the shelves.

Persephone Books is near Holborn and has been a mainstay of London’s bookshop stop-offs since 1999. Persephone is also a publisher, and reprints neglected works of fiction and nonfiction by mostly women writers. Persephone also offer a subscription service, which is a great way to read more women writers – especially ones you’ve never heard before. If you’re looking for a good gift, check out their Notebook, which is one of the nicest ones I’ve had the pleasure of scribbling in.

On Cheshire Street, there is Pages, which is the sister shop of Pages of Hackney. The Cheshire Street edition focuses on the work of women and nonbinary writers and is newly opened, with a series of events planned and a range of subjects as long as your arm. I’m hopeful that spaces like Pages will keep popping up – the Black Feminist Bookshop is being hosted as a series of pop ups with a view to opening a permanent location in 2020 and has had a very successful crowdfunding effort ongoing since January.

It’s a sign of the times that more of these spaces are coming closer to being a reality. The Feminist Library, a large collection of movement literature has been operating since 1975 and recently launched its own donation process for helping it to secure a permanent residence in Peckham later in 2019. They also operate a feminist bookshop and often pop up at stalls across the city.

If all else fails, have a browse in Housmans, London’s radical bookshop, which has a large series of books on gender politics and is an active and thriving not-for-profit bookshop.

Have I missed any? Do you know of any bookshops in London that have a great feminist section? Send me recommendations, let’s share them with the world!