I’ve read a lot of juvenile and young adult fiction over the years. Many of the novels that I’ve read are about girls or young women. As the authors have worked to define their characters, they often include some sort of hobby to help illustrate their heroine. While I haven’t done an actual study on this, it seems that the hobbies in novels about young women tend to be one or more of the following: drawing or painting, running, playing music (often piano), or writing.

This makes sense—drawing, painting, running, and writing are all relatively low-cost activities that are easily self-directed and can be done with inexpensive materials, making it pretty ideal for kids, particularly those of low- and middle-income families. A musical inclination might be a more expensive hobby—pianos don’t grow on trees—but for authors not writing about the super-wealthy, there are often easy ways around this: an inherited instrument, a borrowed instrument, or a gifted instrument could give the main character the ability to dive into music. With fairly inexpensive hobbies, the characters can easily be middle class and authors who are in a similar income bracket can write with confidence because they, too, have come into contact with these hobbies. 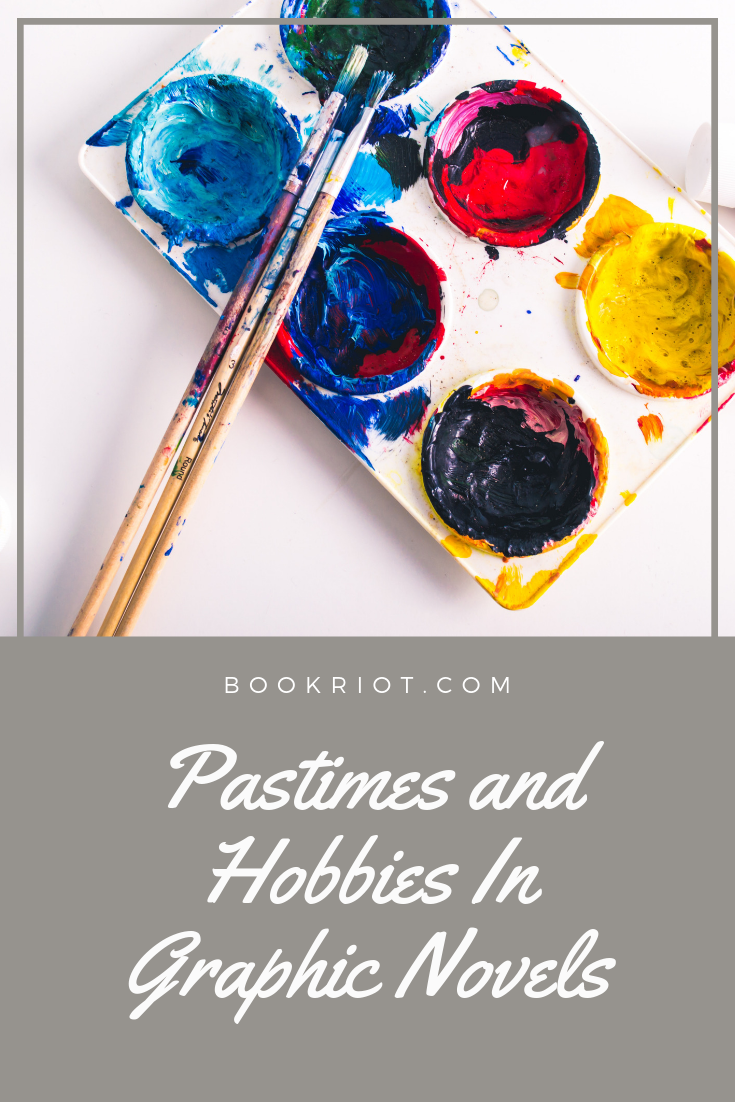 But I’ve seen something different for hobbies in graphic novels for children and teens. 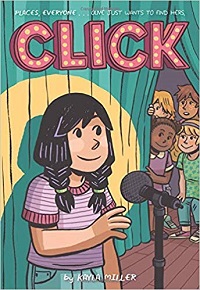 Rather than the usual standby hobbies of drawing, painting, running, and writing, the characters sometimes take on very different pastimes, and even ones that, like the usual suspects, are relatively inexpensive. In fact, these interests are often major pieces of the plot. The difference is, these are often more socially-oriented. For example, in Kayla Miller’s Click, Olive goes on a journey of self-discovery as she tries to determine what she will do for her school’s upcoming variety show, all while watching her friendships shift. When her aunt introduces her to old variety shows on the television, Olive falls in love with the idea of comedy and show hosting. 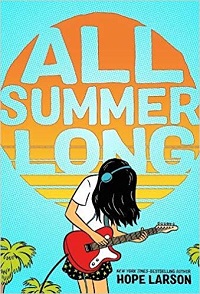 When a hobby is traditionally a solitary one, graphic novels make it social. In All Summer Long by Hope Larson, Bina connects with her best friend’s sister over listening to music. Although she takes time to play guitar by herself, Bina also listens to recorded music with Charlie and it becomes a social activity as they analyze and discuss the music.

Even more interesting, the activities characters do in graphic novels for children and young adults also often seem to be community-oriented. With the usual drawing, writing, etc. more common in novels, characters do their work in solitude. It’s a great narrative tool—while the character works on their art, their mind is left to wander and process events of the plot. This way, the reader gets insight into how the character feels about what is going on or can watch the character have epiphanies and make internal decisions. With graphic novels, which generally rely more on dialogue (though certainly internal dialogues are depicted, too) and illustration to depict these moments, solitude isn’t necessarily as useful. 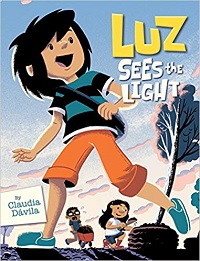 Take Luz Sees the Light by Claudia Dávila. Luz is troubled by her community’s attitude toward the state of the environment. She determines to start a community garden, which naturally lends itself to working with others. And not only is it an easily social activity, but it also serves the community in a way hobbies like painting does not. (Also the case for Click, even if variety show hosting is not as crucial to a community’s needs as is environmental preservation.)

So what is it about graphic novels and a lean toward more socially-oriented hobbies? Is it just a fluke that the ones I’ve read feature activities that lend themselves to working with others? Or does it say something about the authors who write these stories? Or maybe it says something about the intended audience? Are readers who prefer graphic novels also people who prefer hobbies that are inherently social?

Whatever the case, the variety of hobbies in graphic novels for children and young adults seems so much more diverse and social than in prose novels. For readers of all ages, this can be revolutionary and introduce them to things they may never otherwise have considered. And that’s worth something. If we read, in part, to explore the world around us, it’s vital that we encounter more than characters who just draw, paint, write, and run.