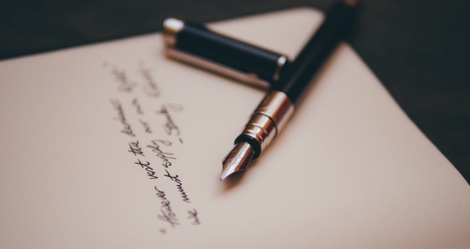 Most people know you from your bestselling book The Boy in the Striped Pajamas and its chilling, heartbreaking film adaptation. You have name recognition and many people respect your ability to write gut-wrenching stories. Therefore, when you chose to write a book about a cisgender boy and his transgender sister, you took on a certain amount of responsibility. Transgender people are a community vulnerable to all kinds of violence. Whenever someone produces mainstream representation of them and their stories, it should be done with a great amount of care. 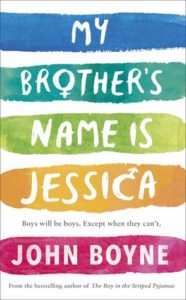 And John, it doesn’t seem like you’ve done that here at all with your latest book, My Brother’s Name is Jessica.

Let’s start with the title. For anyone who understands the destructive and completely disrespectful act of misgendering or deadnaming a trans person, this title is a big red flag. I get that you wanted it to be eye-catching and witty, but to many people, it just reads as ignorant. The titular Jessica is not, in any way, the protagonist’s brother. The minute Jessica decided to use she/her pronouns and identify as a “sister,” the use of anything else should stop. In real life, people mess up. They might forget and use the wrong pronoun from time to time. But you wrote a book. A painstakingly intricate task that requires research, devotion, and care. And right from the title, you let down the very people you’re trying to write about.

The deadnaming and misgendering continues through the summary of the book, which I found on Goodreads:

“Luckily for Sam, his older brother, Jason, has always been there for him. Sam idolises Jason, who seems to have life sorted – he’s kind, popular, amazing at football, and girls are falling over themselves to date him.

But then one evening Jason calls his family together to tell them that he’s been struggling with a secret for a long time. A secret which quickly threatens to tear them all apart. His parents don’t want to know and Sam simply doesn’t understand.

Again, not cool. There are better ways to write this without deadnaming and misgendering the trans character.

As for the content of the book, I haven’t yet read it so I can’t speak on the actual story. But from what little we’ve seen of it so far, I’m not at all hopeful.

To make matters worse, you took to The Irish Times to write an article entitled “Why I support trans rights but reject the word ‘cis’.” I’m not sure where to even start with that one. I guess I’ll focus on the quote that probably inspired the title of the article:

“And while I wholeheartedly support the rights of trans men and women and consider them courageous pioneers, it will probably make some unhappy to know that I reject the word “cis”, the term given by transgender people to their nontransgender brethren. I don’t consider myself a cis man; I consider myself a man. For while I will happily employ any term that a person feels best defines them, whether that be transgender, non-binary or gender fluid to name but a few, I reject the notion that someone can force an unwanted term onto another.”

Oh, honey. Can you not see the glaring irony that you yourself are offended by “an unwanted term” yet you literally misgender your trans character in the title of your novel?  In addition to fictional Jessica, you even misgender your real-life trans friend in this very article. You write that “however, a friend of mine, born a boy, came out as transgender in his early 20s and over the last few years has been both struggling with and embracing his new identity.” HER new identity, John. HER early 20s. The reason this is so upsetting is that gendering people correctly is one of the easiest things cis people can possibly do. It takes a second of your time. It requires little to no effort. This is the BARE MINIMUM of what an ally should do, and yet you cannot even do that.

Your reluctance to identify as cis is also concerning. Calling trans men “trans men” but cisgender men just “men” creates a language where cis men are the default and trans men are the deviation. This does nothing but further the rhetoric that cisgender is “normal” and that trans people have something strange about them. As a gay man, perhaps the mental exercise of applying this to heterosexual people does something for you. I hope you can see that your stance is similar to someone saying that they’re “not straight people, they’re just people”. In the same way that that perpetuates heteronormativity, which I’m sure has affected you adversely in your life, you are perpetuating cisnormativity.

I’ll focus on just one last aspect of your latest article, John, because this is exhausting. You write that you can’t understand why “Martina Navratilova has been labelled transphobic for questioning where trans women should compete in professional sports. Navratilova is a heroine, a fearless advocate for gay rights over many decades.” This is especially important, because I think you are under the impression that if someone fights for the G and the B and the L, that they cannot do any harm to the T of the acronym. This is incredibly false.

LGBTQ+ might be under one initialism, but that doesn’t mean that they cannot harm each other. And transgender people are one of the most vulnerable communities out there. You need to accept that being a gay man does not excuse you from transphobic actions. You need to hire a goddamn group of sensitivity readers. Apologize and learn and grow as a human being. (From what I’ve seen on your Twitter feed, this is not the response you’re giving to the trans people rightly critiquing your work.)

On Twitter, you said that “literature is always open to debate, but the discourse must remain polite & mutually respectful.” I bolded the word “mutually” here, because that is where you have failed. Nothing about your actions have conveyed respect for trans people. You have good intentions, John, maybe even great ones. But to be a good ally, intentions aren’t enough.