This first appeared in Kissing Books, Book Riot’s weekly newsletter for all romance, all the time. Sign up here!

So. Harlots is back (and magnificent as always) and I noticed that one of the new characters was a great stand-in for the hero of the novel I was reading at the time. It also made me think about some of the other fine black men in historical romance, and I’d love to share some of my favorites with you! 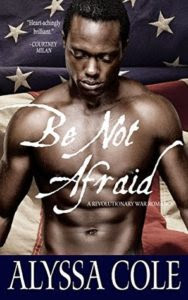 Elijah Sutton in Be Not Afraid by Alyssa Cole

If you haven’t read Alyssa Cole’s way-too-short novella set during the American Revolution (and the first instance in which we meet Elijah, whose granddaughter goes to visit Eliza Hamilton in That Could Be Enough, one of the novellas from Hamilton’s Battalion), you’re in for a treat. Elijah is a Revolutionary, and he meets Kate—who is working for the British—on the battlefield in the dead of night. He’s fascinated by her, but she doesn’t have time for him and doesn’t understand him, either. Nor he her, to be honest. 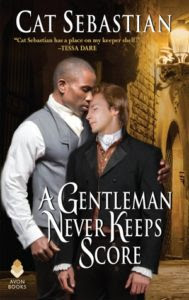 Sam is just trying to live his life and run his pub, but his future sister-in-law needs to find out some information about a painting she posed nude for ages ago. Intrigued, he stalks the old codger’s house, only to encounter the new resident of the home instead. Hartley is not happy to have inherited the home from his godfather, but he’ll take it. Intrigued by the needs of his would-be burglar, Hartley offers to help find said painting. Sam is hesitant, but really, what can you do when a rich knob decides he’s going to start a project? Also, Sam. Sam is my favorite. He is considerate and empathetic, even when he’s being proud and stupid. He picks up on things and is all around just a good man.

This is the one I was reading when I came across the fine looking young gentleman offering his services to Charlotte Wells in Harlots (the actor’s name is Eric Kofi-Abrefa and *sigh*). And while the character in the show is nothing like Sam, he presents a good enough figure to stand in my mind’s eye (especially once he started the barroom prize fights). 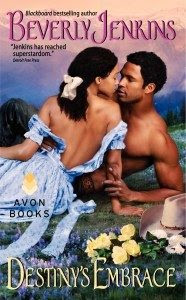 Whoo man. This list could be all heroes from Ms. Bev’s books, but Logan was my first. Gruff but loving; a community man who will do basically anything for his mother. He works with his hands and can’t help falling in love with the woman he hired to come West in order to be his housekeeper. Logan develops as a man and a character throughout the entire Destiny trilogy, and it’s great to watch the oldest brother let go a little bit. 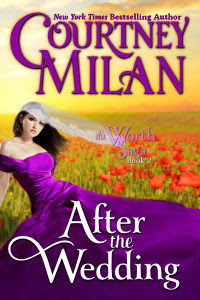 Adrian Hunter in After the Wedding by Courtney Milan

Oh, Adrian. The most darling man who does the wrong thing for all the right reasons. When he is forced to marry Camilla at gunpoint, his immediate next step is to make sure they take the right steps to get an annulment. Not because Camilla is horrible; no. In fact, he finds her attractive and likes her enough. But he wants a choice. He wants the love and marriage his parents have, where they would give up anything and everything to be together. He loves with everything he has, and I hope we get to see more of him as the Worth Saga continues.

(Bonus for his great-great-uncle John, whose love story is one of my favorite long, slow burns told in too few pages. You can find that one in The Pursuit Of… or just do yourself a favor and read the entirety of Hamilton’s Battalion.) 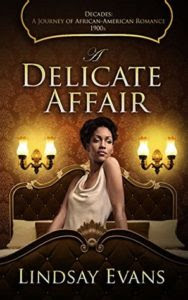 Golden Worth in A Delicate Affair by Lindsay Evans

If you haven’t checked out the Decades historical romance series, you’re in for a treat. The books, each written by a different author, capture the lives of black people as they lived in each decade of the twentieth century. In this, the first one, Golden is a young man from the South who has made his way to Washington, DC, in order to realize his dreams of being a popular ragtime musician. He doesn’t have time for women, and makes that clear to the beautiful debutante who approaches him outside the club where he plays. But the two can’t seem to keep away from each other. Meanwhile Golden’s star is rising, and he has to figure out how to keep being a good man through it all.

Honorable Mention: Soap in Etiquette and Espionage by Gail Carriger

This book (and the other three in the Finishing School series) is YA, but tons of fun, and Soap is just The Best. You just have to read it.

There are so many more black men from historical romance that I am anxious to meet, but whose stories I haven’t gotten to yet. For instance, Virgil Smithson from Piper Huguley’s The Preacher’s Promise sounds like a heck of a man. KJ Charles has a few that I’m excited to read, including the aptly named Gil Lawless from Unfit to Print. And Isaac Caird from That Potent Alchemy just sounds fascinating.

And of course, I’m super excited for Daniel’s story in An Unconditional Freedom, the third book in Alyssa Cole’s Loyal League series.