As a woman in software development, I often think about ways to encourage and support other women who want to get involved in tech. One of those ways is by reading books about women in tech. This issue is particularly important because of the disparity of genders in the field. Studies have found this gap in gender begins at a young age. According to TechCrunch, 74% of young girls expressed interest in STEM fields and computer science, yet only 18% of computer science degrees are held by women. This suggests that somewhere along their journey to college, those girls were somehow deterred.

The issue doesn’t improve once women hit the workforce. The rate at which women quit the tech field is double to that of men. This is not due to a lack of skill. If women are to get into and remain in tech, there needs to be drastic structural and cultural changes. However, these changes rarely occur all at once, so to start it may help for individuals to learn about and be aware of the stories of others. Here’s five books about women in tech to get started.

*All synopses from Goodreads. 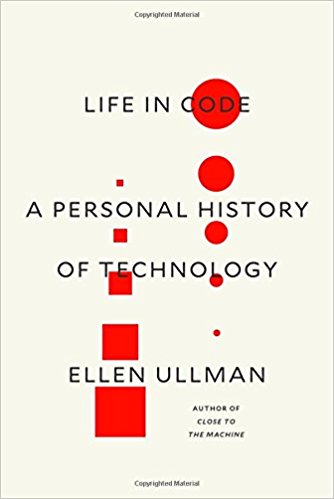 Life in Code by Ellen Ullman

“When Ellen Ullman moved to San Francisco and became a computer programmer in the late 1970s, she was joining an idealistic, exclusive, and almost exclusively male cadre that had dreams and aspirations to change the world…In Life in Code, Ullman presents a series of essays that unlock and explain—and don’t necessarily celebrate—how we got to now.”

Read this if you want an introspective look at the last twenty years in tech from the viewpoint of a strong and accomplished woman who has been in the field from the beginning. 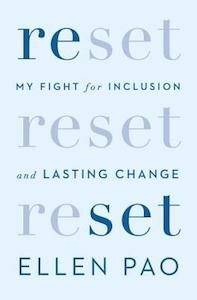 “In 2015, Ellen K. Pao sued a powerhouse Silicon Valley venture capital firm, calling out workplace discrimination and retaliation against women and other underrepresented groups. Her suit rocked the tech world—and exposed its toxic culture and its homogeneity. Ellen K. Pao’s Reset is a rallying cry—the story of a whistleblower who aims to empower everyone struggling to be heard, in Silicon Valley and beyond.”

Read this if a) you want to understand the issue of toxic atmospheres that exist in many of the venture capital firms that fuel startup companies, or b) you want to feel empowered to stand up for yourself and fight back, despite the odds being stacked against you. 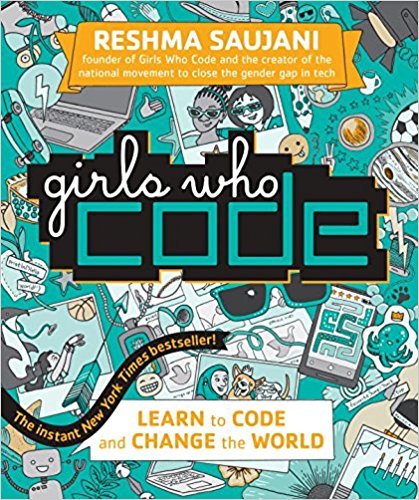 “Since 2012, the organization Girls Who Code has been leading the charge to get girls interested in technology and coding. Now its founder, Reshma Saujani, wants to inspire you to be a girl who codes!

Bursting with dynamic artwork, down-to-earth explanations of coding principles, and real-life stories of girls and women working at places like Pixar and NASA, this graphically animated book shows what a huge role computer science plays in our lives and how much fun it can be.”

Read this if you have young girls in your life who might have an interest in the STEM fields or computer science. Hell, show this to them even if they don’t have an existing interest. Change starts with exposing women to the field from a young age and continuing to support them as they grow. 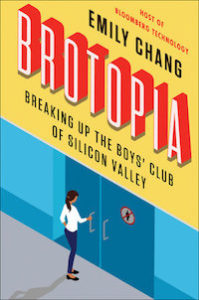 “For women in tech, Silicon Valley is not a fantasyland of unicorns, virtual reality rainbows, and 3D-printed lollipops, where millions of dollars grow on trees. It’s a ‘Brotopia,’ where men hold all the cards and make all the rules. Vastly outnumbered, women face toxic workplaces rife with discrimination and sexual harassment, where investors take meetings in hot tubs and network at sex parties.

In this powerful exposé, Bloomberg TV journalist Emily Chang reveals how Silicon Valley got so sexist despite its utopian ideals…”

Read this if a) you liked Ellen Pao’s book for its exposure of the toxic workplace environments that women in tech face, or b) you want to learn about how to take down the boy’s club in Silicon Valley. 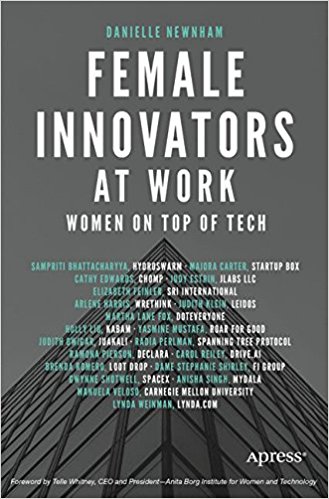 Female Innovators at Work: Women on Top of Tech by Danielle Newnham

“This book describes the experiences and successes of female innovators and entrepreneurs in the still largely male-dominated tech-world in twenty candid interviews. It highlights the varied life and career stories that lead these women to the top positions in the technology industry that they are in now.”

Read this if you want to read and learn from a wide range of perspectives of women in tech.

Do you have any favorite stories about women in tech? Share them in the comments below!